Black-throated Thrush in the Upper Galilee

This morning I was finally able to twitch the Black-throated Thrush that had been found by Rei Segali and Sachi Luria on Wednesday (well done guys!). Made an early start and we got to the orchards of Kerem Ben Zimra in the Upper Galilee when first light was supposed to be, but the weather was so bad - cold, wet and windy. Luckily the weather improved during the morning and was actually not too bad.
The potential habitat for the thrush is huge, and we walked around quite a bit until we got the first glimpse of the bird. He was very mobile and jumpy; during the whole morning we had only four very brief views. Luckily I was in the right place when he showed himself for 20 full seconds! Just enough for me to get four frames. Two identical shots of him perched at about 50 m away. I pushed the ISO up to 1600, and thanks to Canon engineers noise is really bad; hope to edit the images better tomorrow and I will replace them. 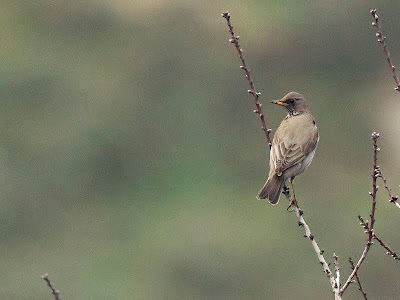 Immediately he took off and I got these two lucky flight shots: 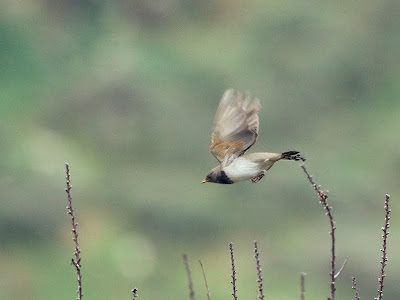 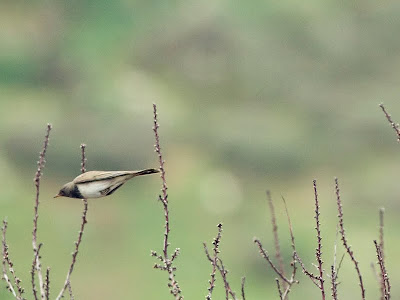 This is the first decent bird I see in 2011, and an Israeli tick for me! There has not been a good record of it since 1997, it's about the 8th for Israel if I'm not mistaken.
It's a fantastic region seldom birded. Compared to the rest of the country, this region has tons of winter birds this year. We had several Redwings, 1 Mistle Thrush, 1 Fieldfare, five Yellowhammers, several Dunnocks, many Bramblings and lots of other stuff.

Waiting for the miracle to come: 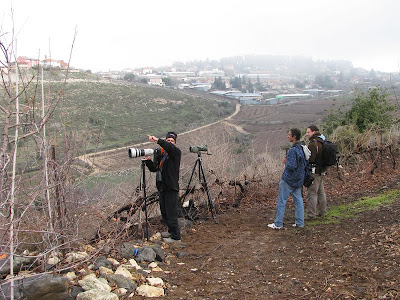 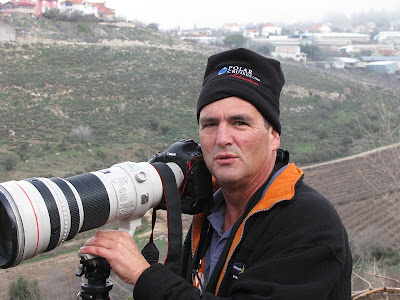