This morning I went birding with Meidad and Nimrod on Hameyshar Plains in the southern Negev. It's one of my favourite birding sites in southern Israel, and it has remained extremely productive after last winter's rains and subsequent terrific breeding season. Thick-billed Larks have been flocking there for a few months now.
First thing in the morning it was bloody cold and totally birdless. As the sun went up and the air heated up, things started to happen. First we found many Bar-tailed Larks and Desert Wheatears, and then we started seeing mobile flocks of Thick-bills. Eventually we found a flock of about 50 feeding across the plains, quite close to the main road. Unfortunately they would not let us approach and all images are large crops.

They are such cool birds! This is a male: 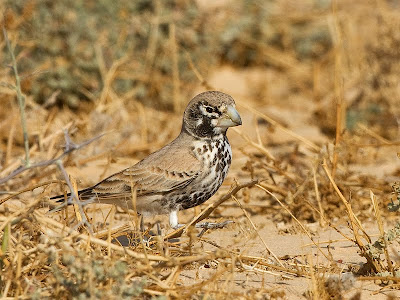 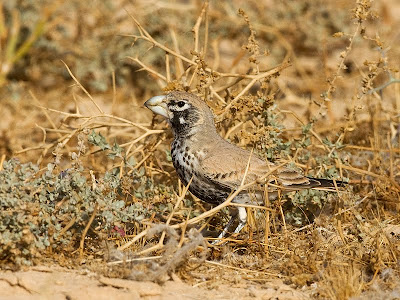 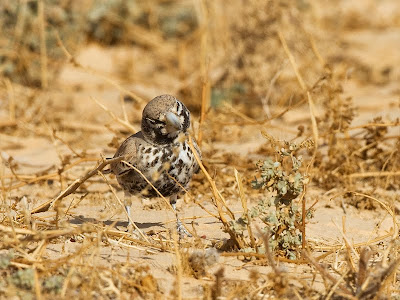 Posing near an attractive piece of toilet paper: 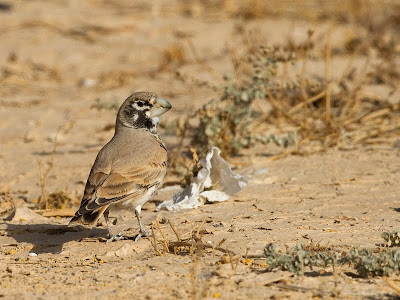 Then we found some birds feeding right on the road, playing road roulette with the passing vehicles: 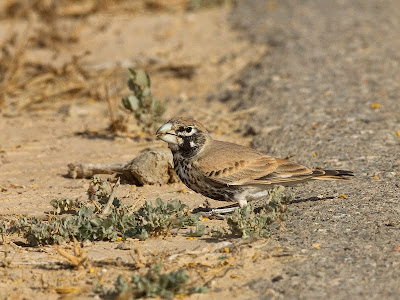 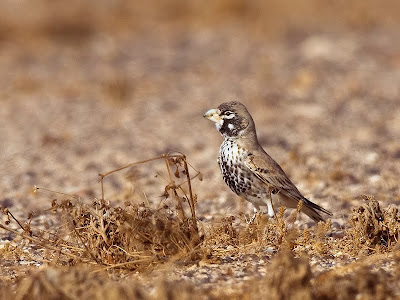 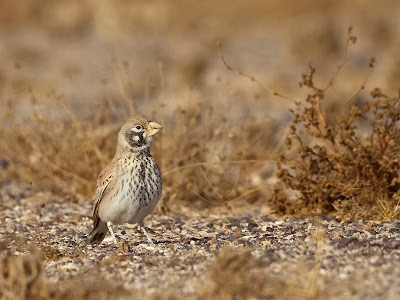 Until the early 2000's this was a mythical rarity in Israel. I saw my first birds only in 2003, after dipping on them several times. But since then they've become quite a regular feature of the Israeli deserts, and have lost they're mythical reputation. But still they are super birds! the concentration at Hameyshar is phenomenal. This morning we encountered about 100 birds, and i'm sure there are many more there.
Desert Wheatear 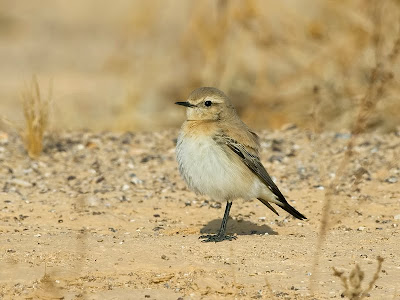 Other good birds we had were one very mobile Asian Desert Warbler, Spectacled Warblers, and Crowned and Spotted Sandgrouse. Jonathan and Liron who were birding another part of the plains had a few Temmick's Larks.
Israeli birders are very cool! (Nimrod and Meidad) 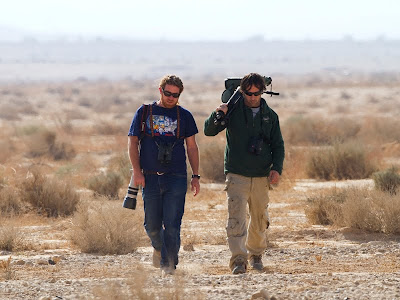 After I got back home hot news of a Black-throated Thrush in the Upper Galilee broke; Great find by Rei and Sachi! Tomorrow I can't make it but hopefully it stays for the weekend.
פורסם על ידי Yoav Perlman ב- 8:47 PM