Yesterday and today I had very productive ringing at Ashdod, with strong passerine migration. Of course warblers were the dominant group, but among the tons of rubbish blackcaps there were some good warblers too.
Olive-tree Warblers pass in large numbers through central Israel these days, but are rather scarce along the Med coast. This was the first for my site. It really refused to pose nicely for the camera: 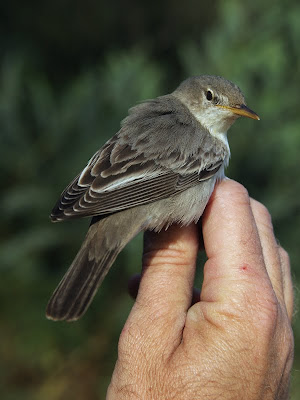 Among the many Reed Warblers, I had this single Marsh Warbler. In autumn they pass through in good numbers along the coast in reedbeds, but in spring they are actually commoner in the scrubs of central Israel. Note how P2 falls nicely between P3/P4, creating a vert pointed wingtip. 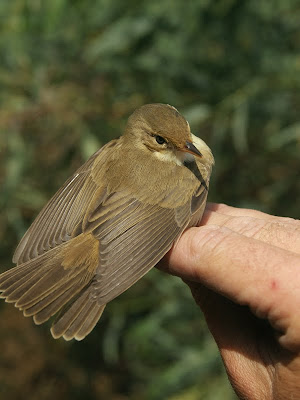 I had good numbers of Barred Warblers: 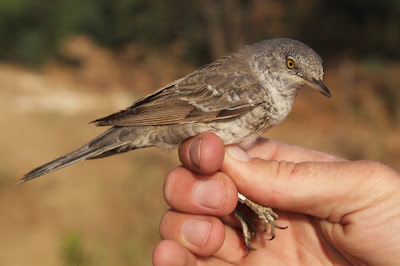 And this Great Reed Warbler was as fat as it could get - 41 grams! 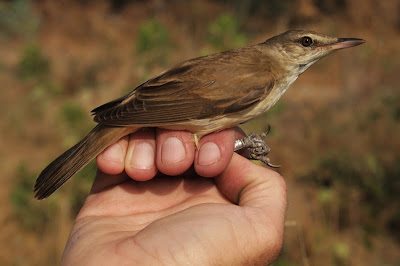