It ain't over till it's over!

What a fantastic day! Who said spring ended?
Early in the morning I revisited an Arava atlas box, on a mission to confirm breeding of Dunn's and Hoopoe Larks I found there on my previous visit.
The morning began well with an impressive wolf running along a wadi.
Wolf 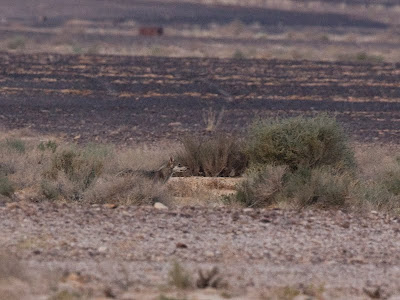 Soon the air filled with lark song. First were several Bar-tailed Larks, but soon they were joined by a dawn chorus of Dunn's Larks. I was happy to find this newly-fledged juvenile on the deck, though it was pretty distant hence the crap images. I think this is one of the very few ever documented, in Israel for sure.
Dunn's Lark - juvenile 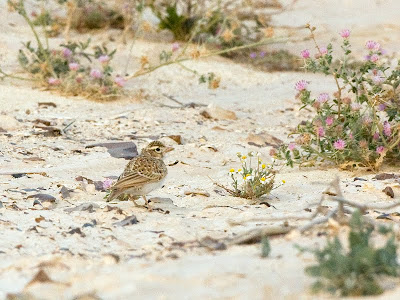 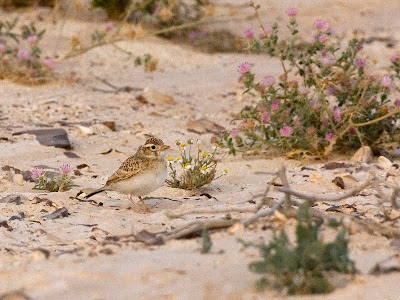 I had four singing and displaying males. They spent much time singing from the ground. 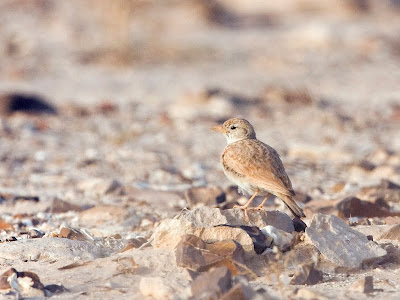 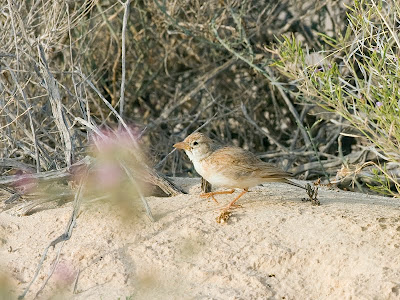 Two males were constantly singing in each other's faces, chasing each other and basically being very annoying: 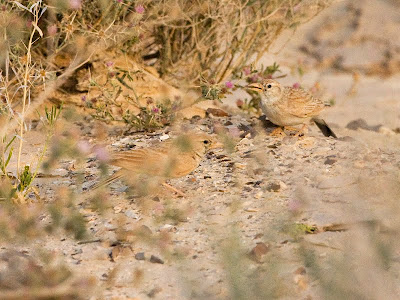 After having enough of each other they did some aerial song and display: 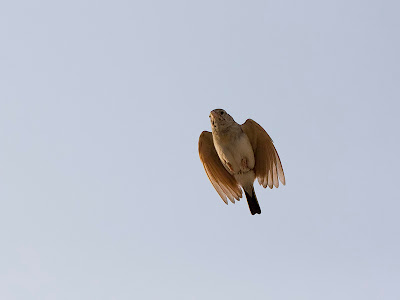 I saw no females. Could they be on eggs again? 3rd cycle?!?!
While watching the dunns, I heard the beautiful song of Hoopoe Lark not too far away, and soon I connected with a family - male, female and two juveniles. The male was singing and displaying intensively, but still had time to collect food for the babies: 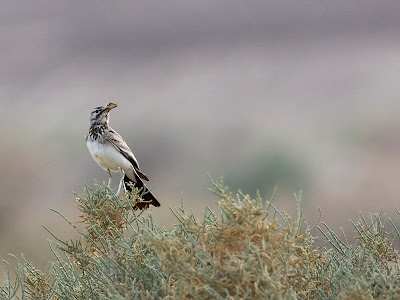 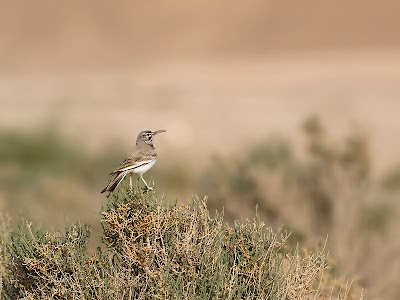 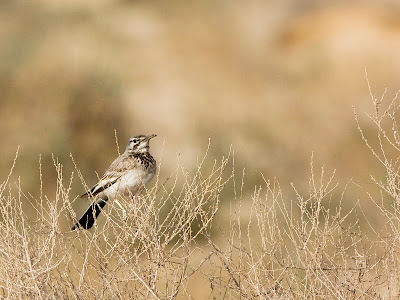 This is one of the juveniles - so sweet: 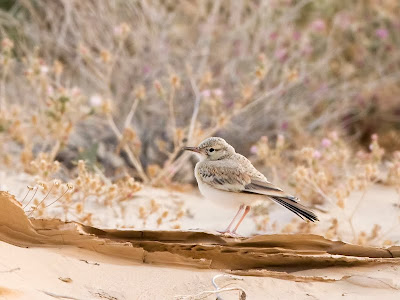 Interestingly, one of the juveniles (a male?) constantly followed the father, and imitated his display, performing its' own short display flights. Here the juvenile can be seen observing the father: 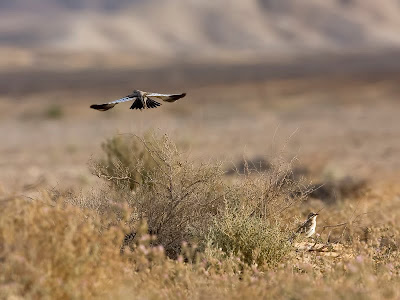 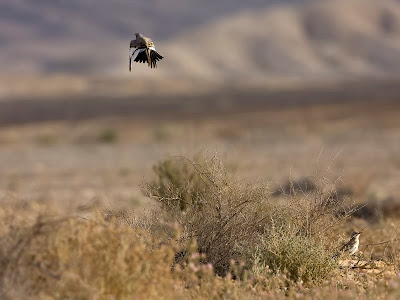 After my mission was accomplished, I drove down to Eilat for some birding. I began with a very easy twitch of the Red Phalarope that was found at the IBRCE on Friday. It took me exactly two seconds to locate the bird - it was by far the ugliest bird in the pond. But still a good rarity! It refused to get close and I was too lazy to get my feet wet, so these images are large crops: 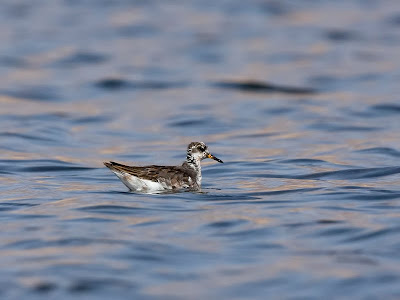 Here it is with it's pretty sister - Red-necked Phalarope. There were about a dozen present. 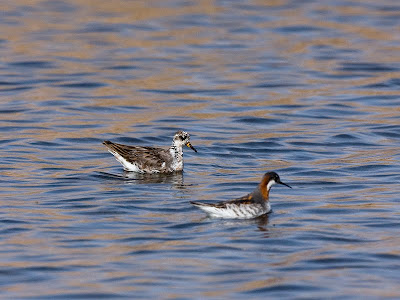 A short visit to North Beach was quite unproductive - it was late and hot and virtually birdless. The only birds of note were a Eurasian Curlew going north and this Reef Egret: 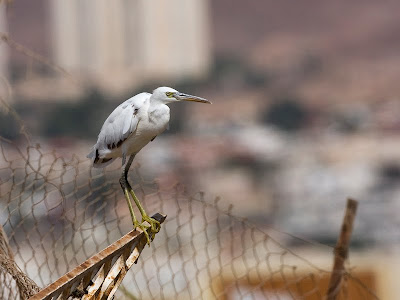 KM20 saltpans were quite birdy. The commonest shorebirds were Ruff and Wood Sandpiper with several hundreds each.
Wood Sandpiper 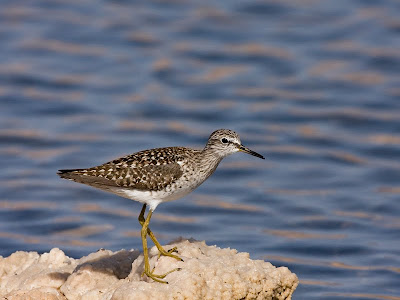 There were about 200 White-winged Terns, typically collecting insects from the water surface. By this time light conditions were terrible and I couldn't get any decent shots of this lovely bird. 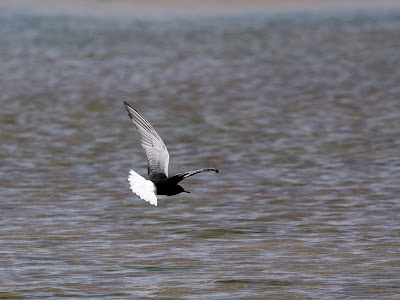 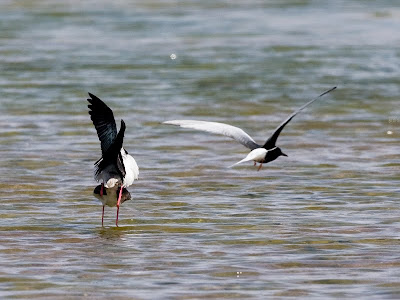 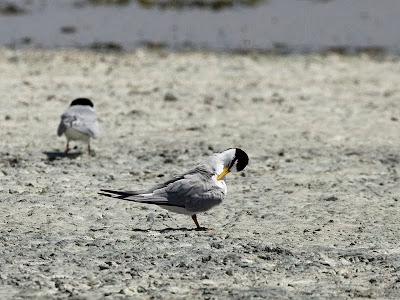 And it is always nice to see Glossy Ibises away from sewage canals and rubbish dumps: 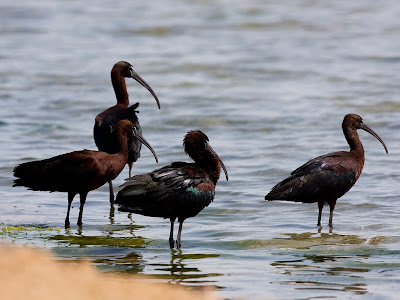