This morning another very good atlas box south of Ezuz, with Avner, Eli and Shachar. Most action was in the mammal section. At first light we saw two Caracals - distant but very beautiful and elegant animals, as they walked across the wadi for a couple of minutes. This was my best ever observation of these majestic cats. They were complimented by a couple of Wolves, a fox, several Dorcas Gazelles and a Cape Hare.
There were some good birds about, with two male MacQueen's Bustards still dancing, a few families of Spectacled Warbler in their second breeding cycle, and four Crowned Sandgrouse. Good numbers of Hill Sparrows were logged - we had at least 15 singing males and a few more mobile birds, including several juveniles.
After the atlas box we did a very short ringing session at Be'erotayim park. A big surprise was this Hill Sparrow - a very worn male. Such a cool bird! 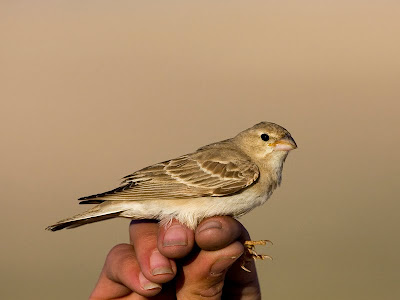 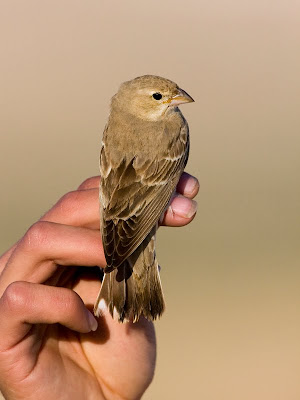 There were big numbers of flycatchers present. Many spotted, one collared, one semi-collared and three pied that we ringed - a 2cy male and two females.
Pied Flycatcher 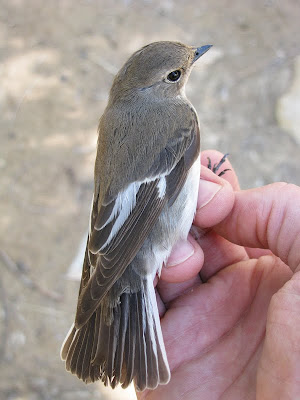