Last evening I got a call from Asaf Mayrose, director of the Ma'agan Michael Birdwatching Center. He did a late evening catch with Francis Argyle, and they trapped an interesting acro. "We're pretty sure we have a Paddyfield Warbler!". I went with them over the ID features, Asaf quickly emailed me some images, and after we confirmed the ID the news was spread out. As it was already very late, and the bird was in active moult so it was not planning to migrate last night, we decided to keep it overnight and release it first thing in the morning.
So, another one of those weird twitches, when the bird is waiting in the bag...
I got to Ma'agan Michael early, had a cup of coffee with all the (tired) guys, and before dawn we had a look at the bird: 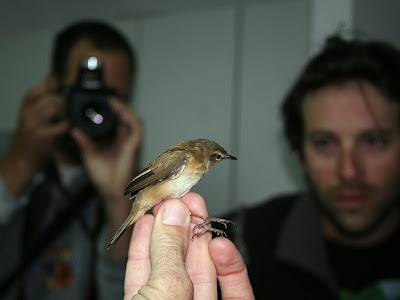 After years of ringing thousands of Reed Warblers, I was very happy to handle this sweet acro. It's so small! The primaries were about 80% moulted, so it must have been in the site for at least a couple of weeks, and it may well overwinter. Look at this never-ending supercilium! 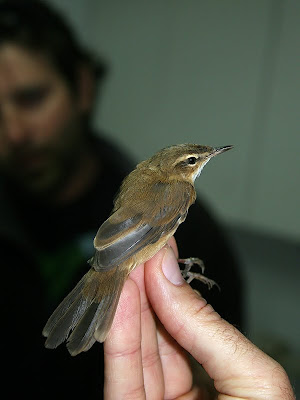 We waited for first light to release the bird at the exact site where it was trapped. This is the moon setting into the Mediterranean: 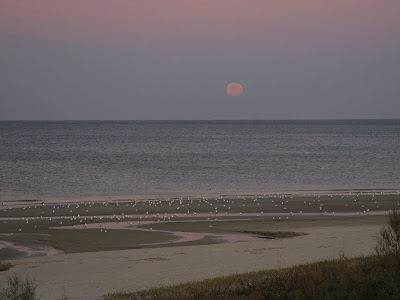 And this is how the paddy looks in pre-dawn light: 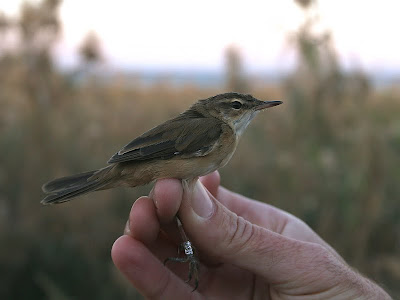 We released it and quickly it disappeared in the reeds. This is an Israeli tick for me - haven't had one for quite a while... Cheers to Asaf and Francis for the great find and well-organized mega-twitch (15 twitchers!)
I joined the ringing team for the rest of the very windy morning. The best bird was this female Siberian Stonechat: 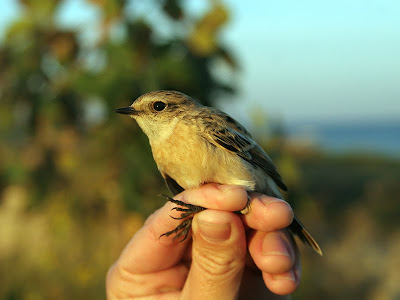 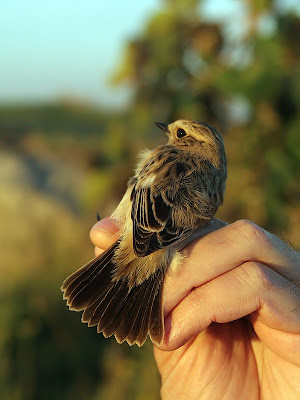