Yesterday (27/12/09) I had a meeting at Neot Hakikar, so I took the morning to check Wadi Mishmar in the Judean Desert. I primarily went to check whether the Kurdish Wheatear that took up a territory there last winter had returned, but there was no sign of it. Actually there was nothing unusual, the only birds of note were 2 Spectacled Warblers, 1 Cyprus Warbler heard, and several Trumpeter Finches. So I had some time to study and photograph the common desert species. This Blackstart was very cooperative: 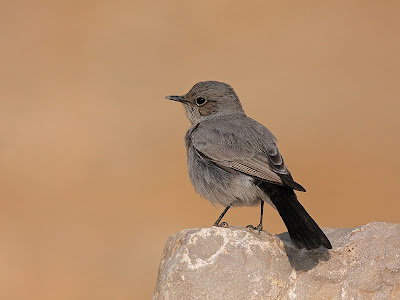 Of course many Tristram's Starlings were hanging around the car park, waiting for leftovers. this is a female: 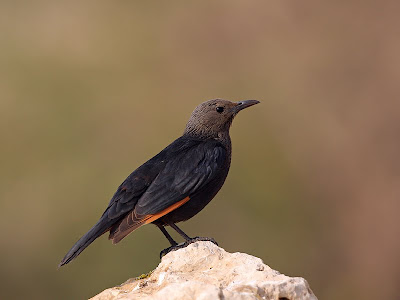 As I got my breakfast out, these inquisitive Arabian Babblers came to check me out. This is a male with a juvenile. They actually had some luck with a piece of bread I dropped on the ground. Other birds of this group went for the traditional desert cuisine - grub a-la-acacia. 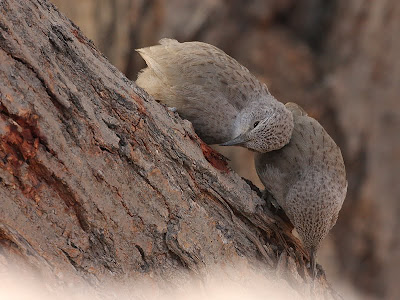 And after food it's time for some social interaction. This one is for Amotz Zahavi: 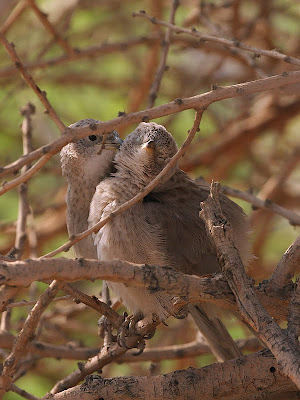 After I walked away from my car, the whole group went to check it out: 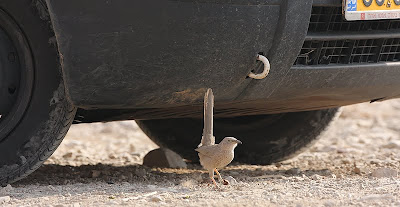 This Desert Lark was nicely back-lit: 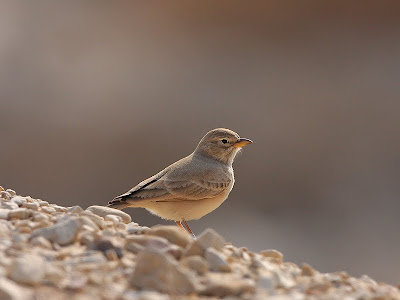 And this is a badly-exposed image of a white-crowned Wheatear in the strong desert light: 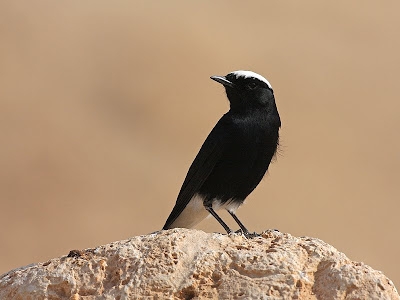