This morning I began with checking a couple of reservoirs not too far away from my house, despite the weather - cold, windy and rainy (in Israeli standards; I guess that in European standards this was a perfect day). I began with Latrun reservoir. The light was still OK at that time. I had 182 White-headed Ducks - which is a good number for this small reservoir. Also 10 Black-necked Grebes were present. This is part of the WHD group:

And a male agreed to approach a bit: 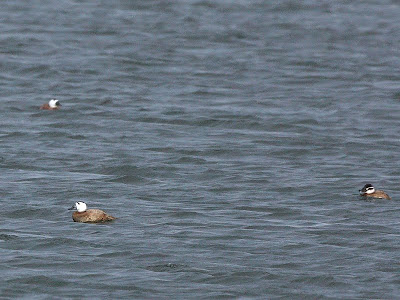 At Ayalon sewage farm the light disappeared and rain began. This female White-head wasn't shy enough. Even though after years of campaigning to prevent shooting in these reservoirs (led by SPNI and NPA), which are so important globally for this endangered species, the threat of poaching is still there. But it's better to have shy birds than dead birds. At Ayalon I had 145 WHD's, 8 Ferruginous Ducks and 5 Black-necked Grebes. 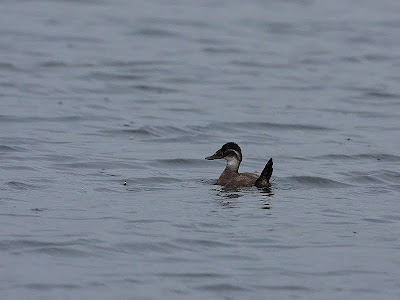 This Kestrel was pretty against the dark sky: 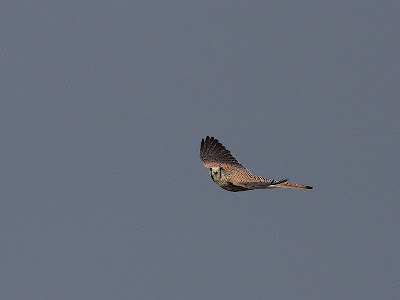 Then I continued to Ashdod for some gulling. I had about 1500 large gulls, out of them (among the adults) about 300 fuscus, 100 cachinnans, 80 heuglini, 50 barabensis (!), 6-7 intermedius, and 5 armenicus. Note that all gull images from today are very dark due to the bad light.
During the short time I had there, I saw 9 colour rings, at least two out of them new for Israel. Later Ehud Dovrat continued with the gulls and had at least 11 more rings! well done Ehud, it was a mega-productive days for the both of us.
This one is a tribute to the Copenhagen conference that began today: 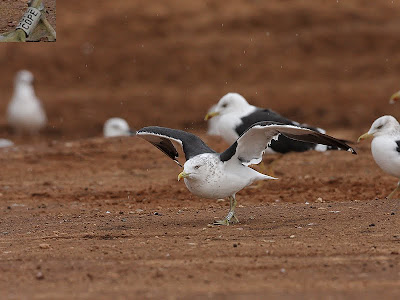 This intermedius-type was ringed in N Norway in 2007, and seen today for the first time in Israel: 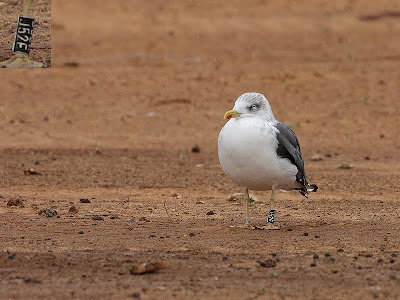 This barabensis had an exceptionally pale eye: 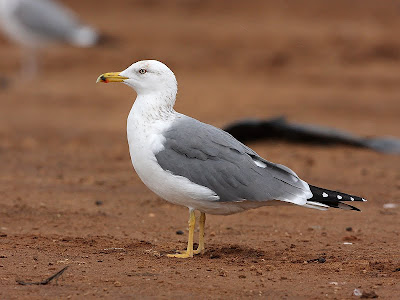 And this heuglini was impressive as always. I really like this form. 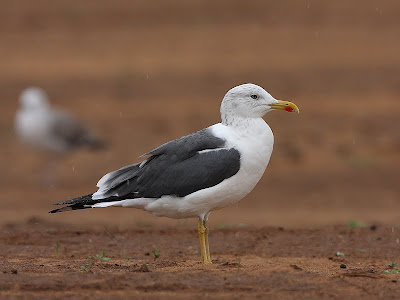