Today (23/12/09) I spent the day birding with Gert Ottens, a good friend from the Netherlands. We decided to work the NW Negev first, so we made an early start and got to Ofakim just as there was enough light for birding. It was actually very cold and pretty quiet there. Didn't manage to find two target species there - Dotterel and CCCourser (Jonathan had them there the previous day - you bastard!). But still we had some good stuff, in form of Spectacled Warbler, two Merlins, a nice male Hen Harrier and this cracking male Finsch's Wheatear that behaved really well in the beautiful early morning light. Unfortunately it tilted its head a bit while singing: 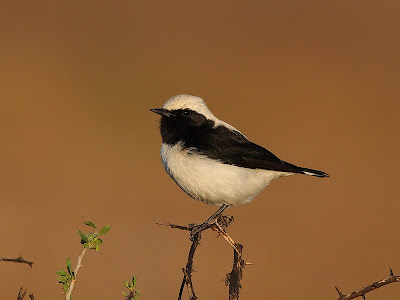 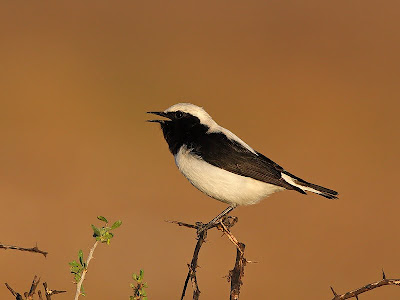 Then we drove towards the famous pylons of Urim. On our way we bumped into a flock of 30 something Eurasian Golden Plovers. While driving along we got a call from Amir. He'd just found a loon in Acre, and went through the ID with us - it was a Red-throated Loon! I was developing the twitch-itch very quickly, but I didn't want to miss the NW Negev completely (and disappoint Gert), so we had a quick drive along the pylon line. Our best achievement there was not getting bogged with the car after yesterday's rains. Long-legged Buzzards were present in good numbers (including a stunning dark-morph), but other raptors were rather few. However, some birds we saw were two Eastern Imperial Eagles, two Peregrines, another Merlin, a few tens of Calandra Larks, and the best bird was this 1cy Lanner: 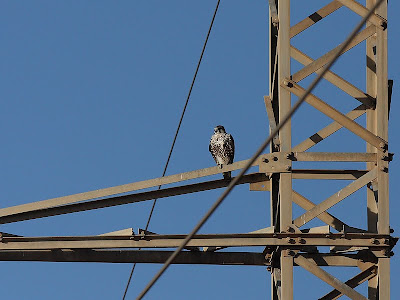 So at about 09:30 we started making our long way north to twitch the loon which evolved into two birds! Amir and Shachar were having such a great time with the birds, so I really stepped on it... Gert was being quite a sport. Even though he has tons of them back home in Holland, he was happy to join the twitch - and work on his Israeli list too. En route we were joined by Rami and Jonathan, and we got there in the early afternoon. We enjoyed good views of these terrific birds from the shore straight away, but soon realized that if we wanted to get some photos we needed to get a boat. Amir quickly arranged one for us, and off we went. Well, that's how one should enjoy a tick! 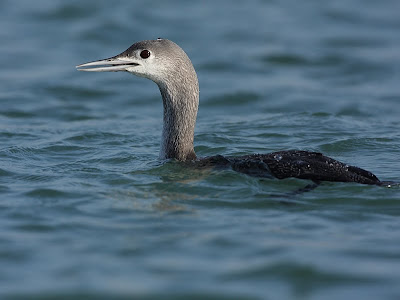 It was so much fun cruising through the bay with one of the birds, which seemed quite happy feeding on sardines. I wonder if they will overwinter. 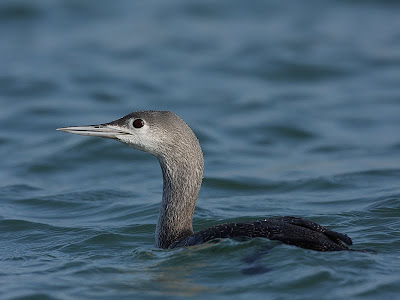 It's so special to see loons in Israel, and of course this was a great tick for me. 4th record - and two together - and gripping views - and good images - what else can I ask for. 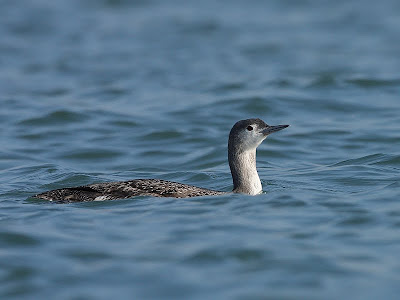 This is what happens when Amir gets overexcited: 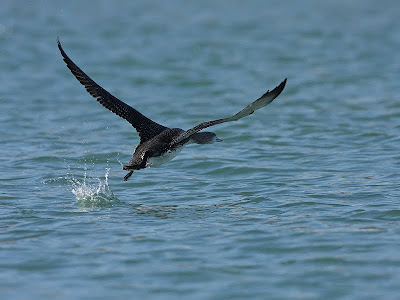 There were so many other quality birds in the bay. This Great Black-backed Gull stirred quite a twitch when it first arrived in winter 2005/6, but now returning for its fourth winter it gets less attention. A great bird nevertheless, and still a huge rarity in Israel: 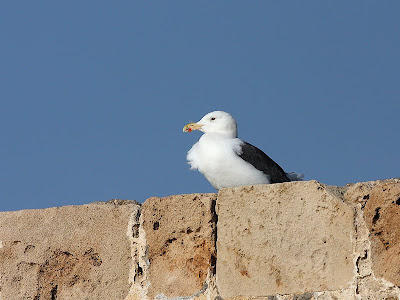 We also had a Common Gull (rare in Israel) and this 1cy Med Gull: 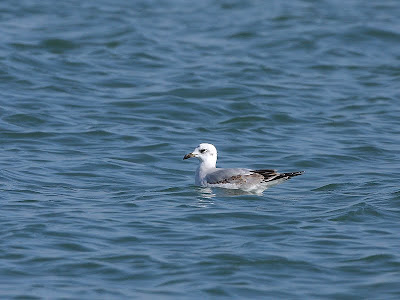 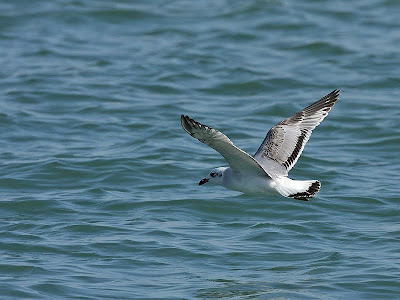 So, congrats Amir for this great find and I hope the birds will stick around enough time for everyone to get in touch with them.
פורסם על ידי Yoav Perlman ב- 9:51 PM