Today I checked Nitzanim coastal reserve (south of Ashdod) together with Jonathan Meyrav. It was hot and sunny again, and we made a late start, so probably missed many sibes by the time we got there. While waiting for Jonathan I watched this White Stork preening. This bird was ringed by Yosef Kiat in September. 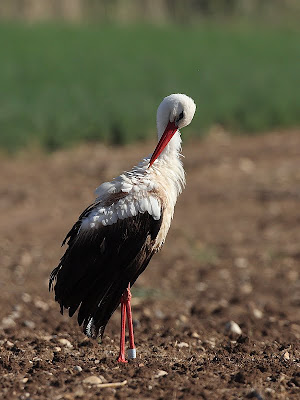 When we reached Nitzanim, we drove past an open field packed with pipits, wagtails and skylarks. There was one Richard's Pipit that got us alerted as it was a rather small and delicate individual, until we heard its 'chirp!' flight call. It was very shy and didn't allow even a record shot. The main pipit was Red-throated Pipit - about 100 birds. 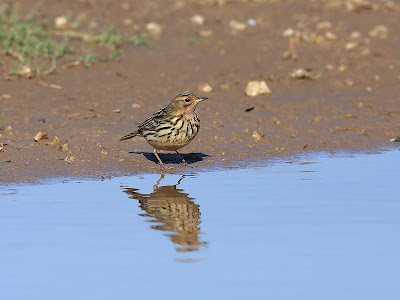 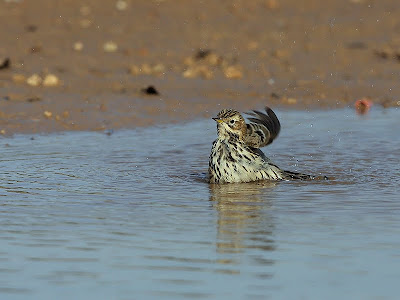 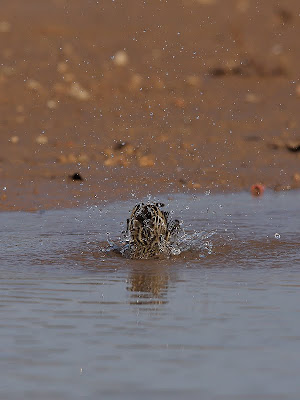 We birded the coastal sand dunes and scrub. Didn't see too much. There were hundreds of Chiffchaffs - an impressive wave is passing through Israel these days, but no wingbars at all... Other than that several Northern Wheatears and two Desert Wheatears - quite a few of this scarce migrant were seen along the Med coast during the last week or two.
Desert Wheatear 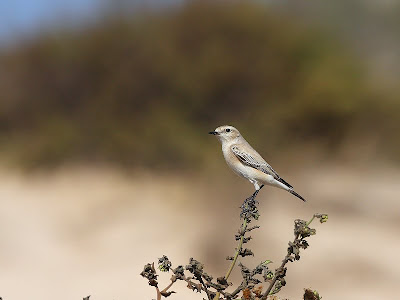 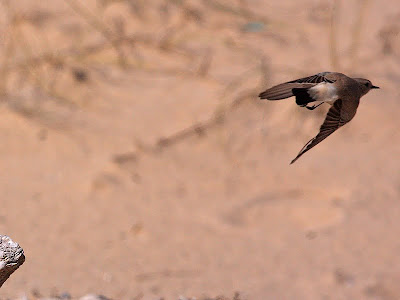 In a coastal lagoon there were many plovers - 100 Ringed Plovers, 50 Kentish Plovers, 2 Greater Sand Plovers and a single Sanderling. 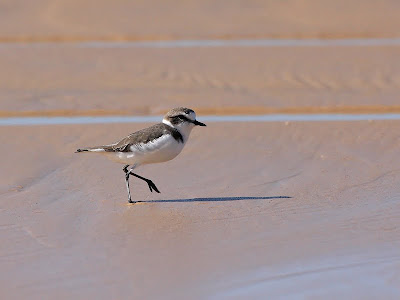 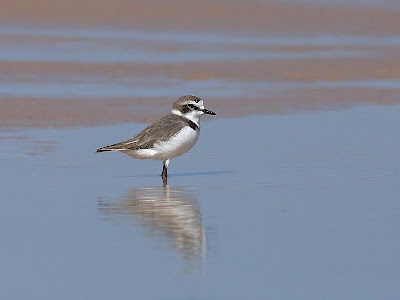 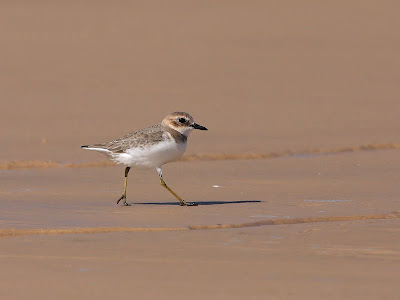 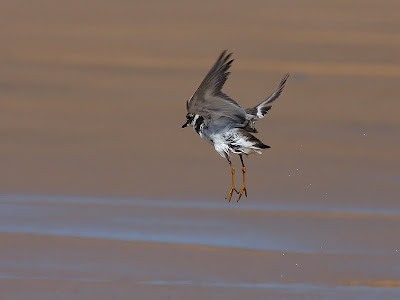