Fieldfares and other bits and pieces

Drove around a bit over the last couple of days and collected some nice stuff along the way. Yesterday at Ashdod not too many gulls or shorebirds, and nothing exciting among them. Single Greater Spotted Eagle and Short-toed Eagle (late!) were nice. These two female Mountain Gazelles showed me their butts as they sped away from my car. Are they being poached in that area? They were very very shy. 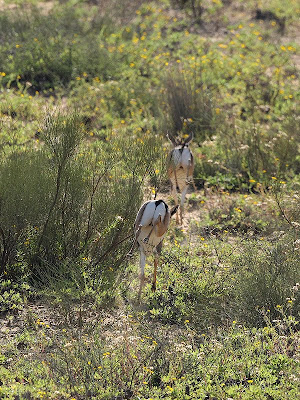 Later drove to Segula to look for the Fieldfare trio found by Re'a the previous day. The first look produced nothing, but after a short lunch break found them feeding quite relaxed on the lawn. They really let me approach - I never had such good views in Israel. These guys must have come from a village or town somewhere (in Russia?) - their tame behaviour suggested that. Great to see these Israeli rarities - hopefully we will have a good winter for them (and for their black-throated cousin tooo...) 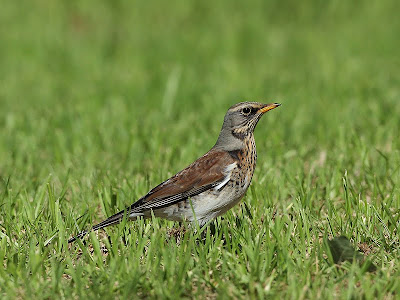 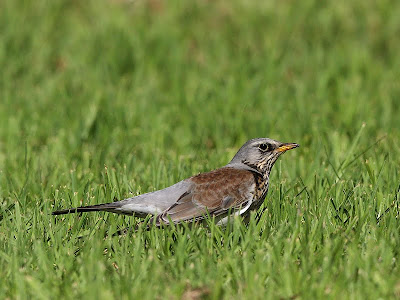 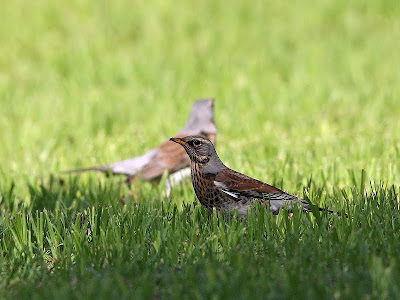 This morning I was ringing at my local site in Ashdod. It was pretty good with many chiffies, Blackcaps, Bluethroats and Robins. A couple of Spanish Sparrows were nice, and this Moustached Warbler was my first for the season. Other birds about were a Reed Bunting flying around and dodging my nets, and several Water Rails heard calling. 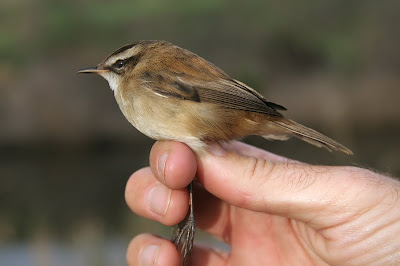 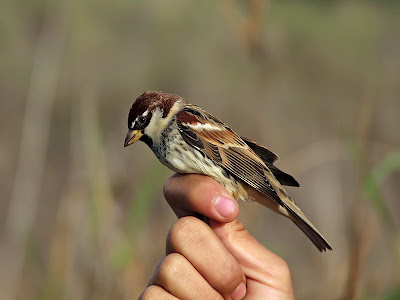 A short afternoon visit to Tsor'a didn't produce much. This female Stonechat posed nicely against the light: 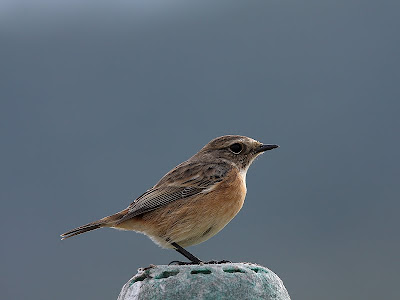 And this late Isabelline Wheatear was pretty in the warm afternoon light: 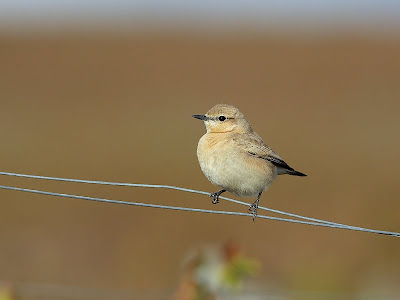