This is going to be long - beware!

Yesterday Amir Ben Don and Ehud Dovrat found a Pacific Golden Plover at Yavne 4 ponds north of Ashdod. I had a couple of free hours in the morning, so gave it a try. The weather was OK - no rain and sunny, but very windy which made photography a bit shaky.

The ponds were shorebirdless, just a few Temminck's Stints. I had a quick look at the gull flock nearby. One of the first birds I saw was this colour-ringed Baltic Gull. I was very happy to see this bird as I had ringed and released it in September. It was rehabilitated at the NPA wildlife hospital after being found exhausted. 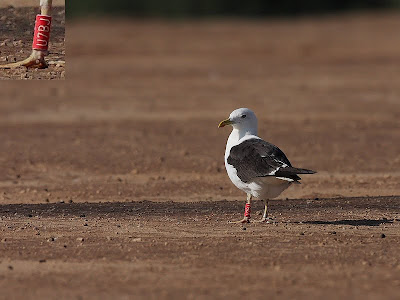 There were fewer Baltic Gulls compared to what Amir had yesterday. There were only 10 or so adult baltics. But nevertheless they are such beautiful birds, and I can never resist getting more images of them in good light: 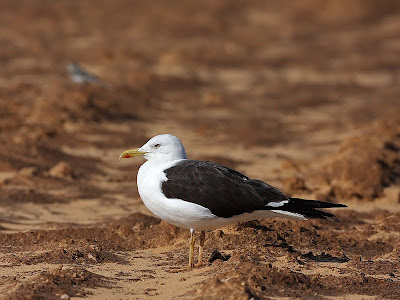 Numbers of Caspian Gulls are starting to build up: 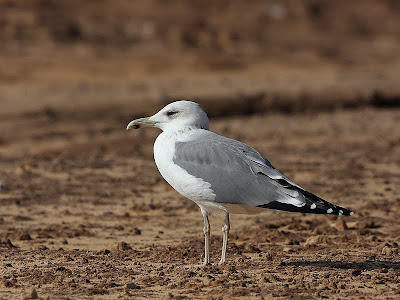 There were about 20 adult Siberian Gulls. Look at this impressive male: 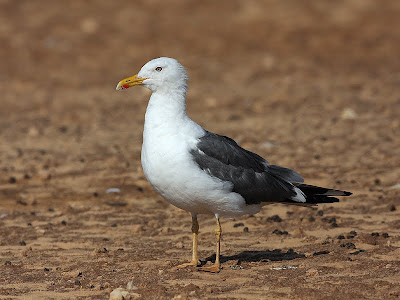 Note the big mirror on P10: 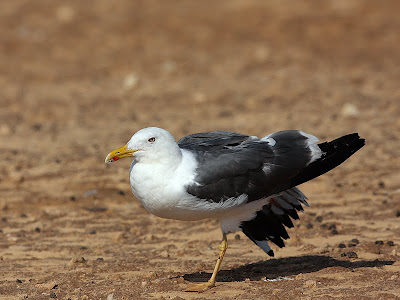 After I had enough with the gulls, I drove down to the beach. I started to scan through the hundreds of roosting shorebirds on the beach, and quite quickly relocated yesterday's Pacific Golden Plover. At first I had crap distant views, but later the bird moved in quite close. I got decent images, though I didn't manage to get the wanted underwing shot. At one moment a late Hobby made all the shorebirds take off, but I missed the photo-opp. Oz Horine got a great flight shot - see here: http://www.israbirding.com/israelbirdsforum/forum_entry.php?id=1173. 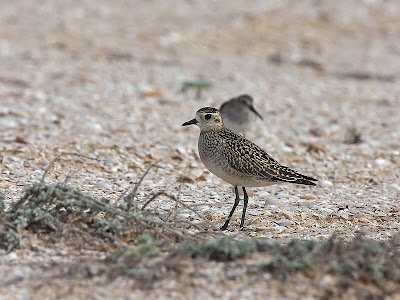 I really enjoyed watching this elegant plover for a long time. I have seen quite a few in Israel, but it is always a cool bird to see. It was especially interesting to compare it to Israel's first American Golden Plover I saw last November at Ma'agan Michael. Note especially the short primary projection of this bird - not even three primaries exposed beyond the tertials. 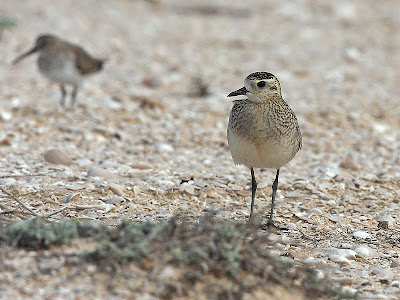 It was nice to see so many shorebirds on the pretty beach and not in a stinking fishpond or sewage pond. There were about 10 Greater Sand Plovers, all more or less in full winter plumage already. 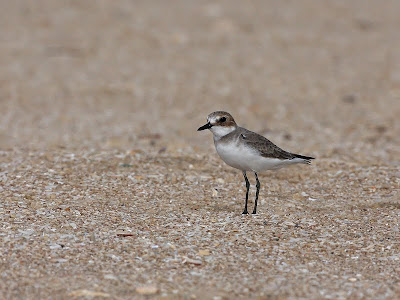 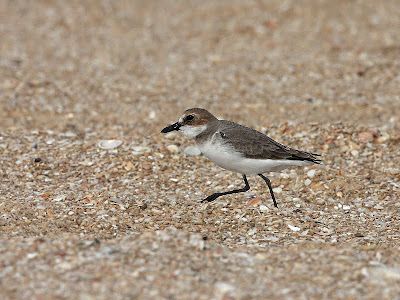 Among the commoner species were Ringed Plovers, Little Stints and Dunlin. 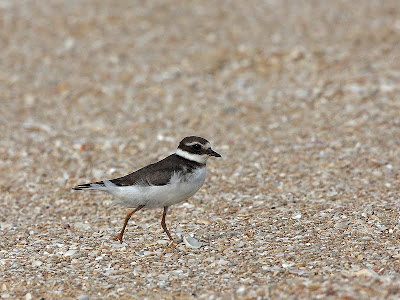 I dipped on the Cyprus Wheatear Amir had yesterday; it was really too windy for passerines. There were several Northern Wheatears though: 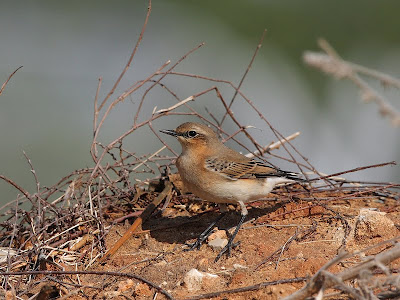