I had some work up in the north yesterday and today, so I managed to squeeze a few hours of birding at the Hula Lake (Agamon). This is such a great place and I miss it so much after working there for several years. It was good to meet good old friends too.
The lake itself held this flock of 16 Ruddy Shelducks among the hundreds of other ducks:

Several Coypus were feeding near the waters' edge: 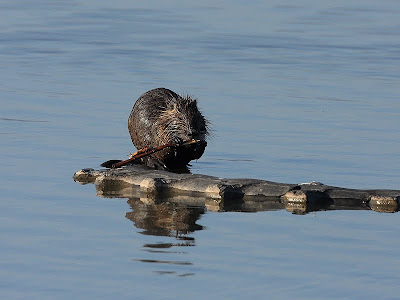 Driving around the lake we bumped into this Bittern that was sure it was invisible: 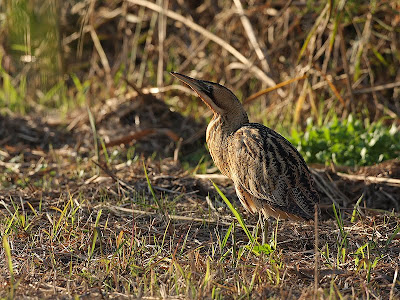 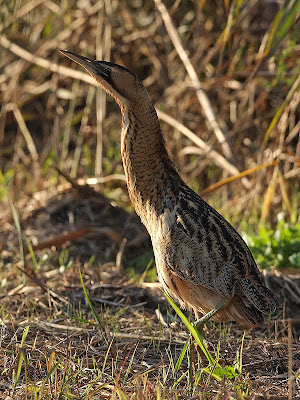 Many Lapwings were in the fields and flying around: 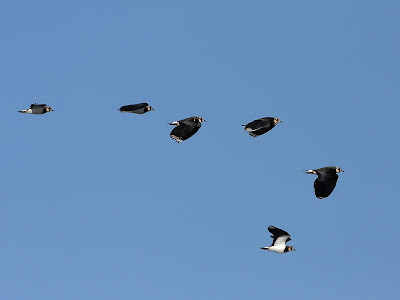 I had several eastern Stonechats. This is a male variegatus: 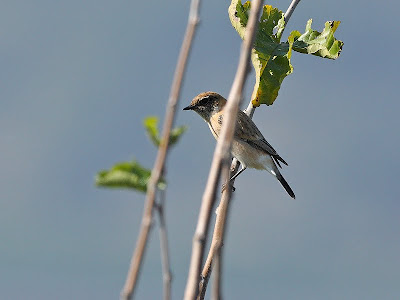 And this was an obliging maurus-type: 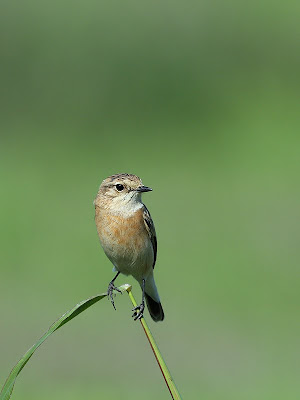 The weather was very good and there were many eagles up in the air. Found this adult Greater Spotted Eagle perched on a low tree just before it lifted off: 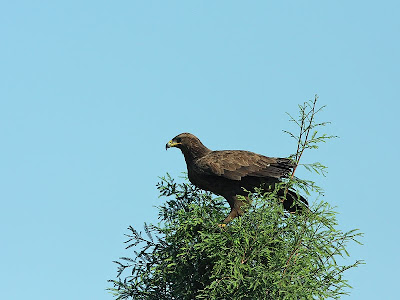 This adult male Red-backed Shrike is two monthes late! It should have been in Africa already. Its' deformed bill must have disrupted its' migration plans. It was feeding quite actively though, so it might just make it. 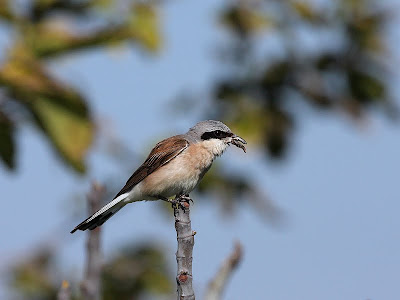 There are over 30000 cranes at the Agamon nowadays. This is a small part of them, feeding in last seasons' peanut field. 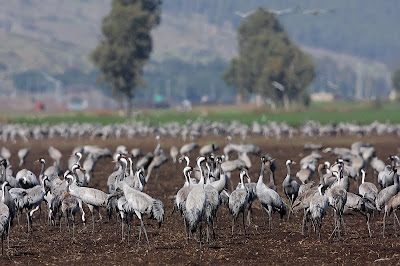 On the way out this Snipe try to become invisible too: 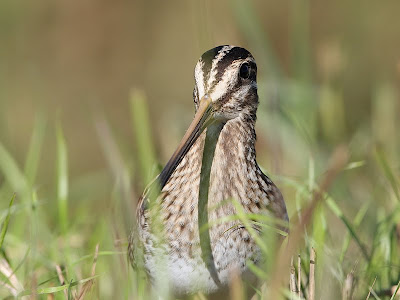