On Wednesday I travelled down to Eilat for a short combo of work and birding. Arriving at Eilat in the early evening, it was a bit hot. 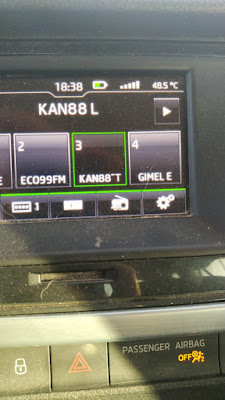 Seawatching was quite productive in the evening and in the early morning, despite the heat. I found an Arctic Tern, and saw Lesser Crested Tern and Long-tailed Skuager, all new to my year list. Arctic Tern is a good one, about annual in Israel. There was relatively good activity altogether, with three skua species, many commoner terns including White-cheeked, Cory's and Sooty Shearwaters (eBird checklists here and here). My photography efforts weren't very successful. I failed to photograph any of the rarities above. 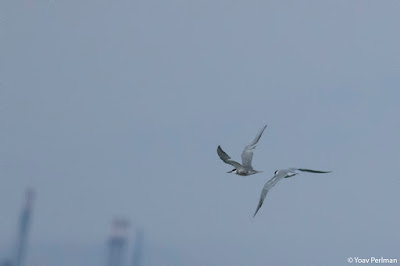 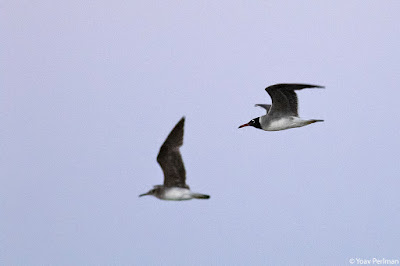 An early morning flyby of a tern flock demonstrated how tricky it is to separate Little Tern from Saunders's Tern in Israel. Note how large the black primary wedge is - four primaries at least; also rump and tail are concolorous with mantle (but too dark for Saunders's). 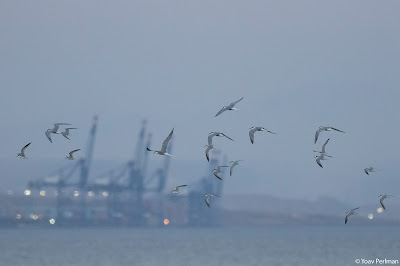 KM20 saltpans were very hot and quiet. There were hardly any migrant shorebirds. Kentish Plovers seemed to have had a good breeding season - they're on our Red List so this is good news. 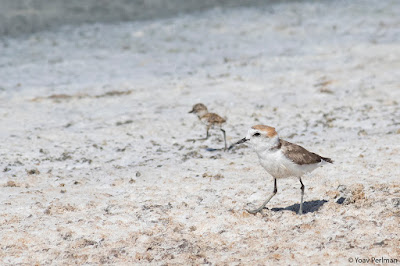 Iris of IBRCE team and I picked up an exhausted/ill Caspian Tern. I drove it to the Wildlife Hospital near Tel Aviv - what an impressive beast. Hope it recovers. 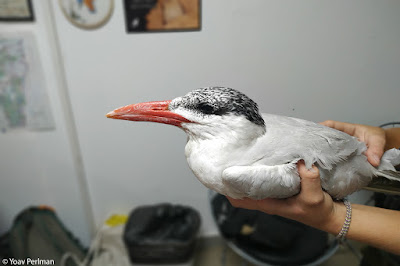