The rest of the week in Eilat was enjoyable. I did some scuba diving with my son, and continued to visit North Beach twice a day, dawn and dusk. I must admit that I had expectations for some extra rarities - with such effort (8 sessions in five days) I was hoping for a new rarity to show up (Crab Plover?), but nothing exciting happened. Still, I was pleased with the great action, especially of terns. The Great Crested Tern continued to show well as it flew back and forth across the bay, very close sometimes: 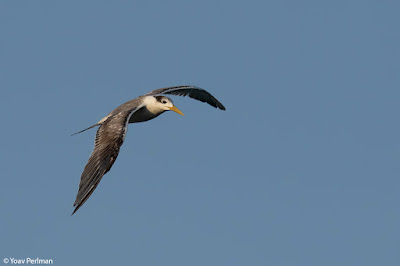 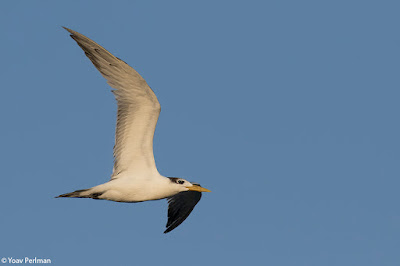 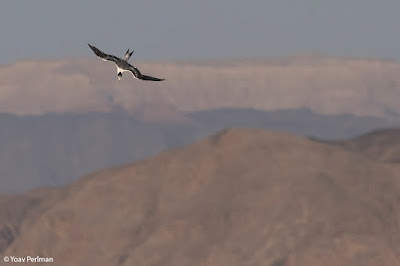 Bridled, Lesser Crested and White-cheeked Terns continued as well. Also the/an Arctic tern flew across a couple of time - still I haven't managed to photograph this species in Israel! 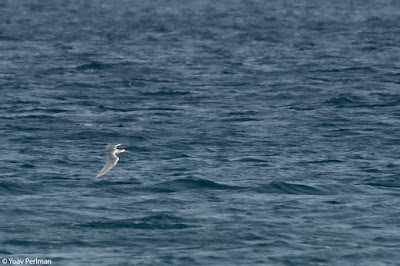 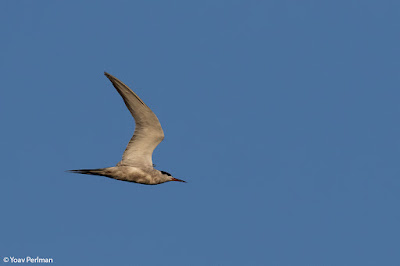 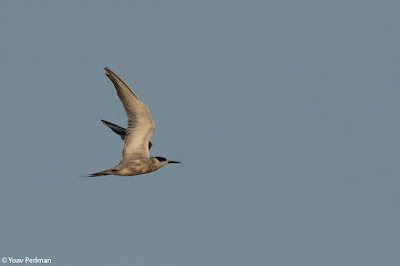 The regular White-eyed Gulls did their thing: 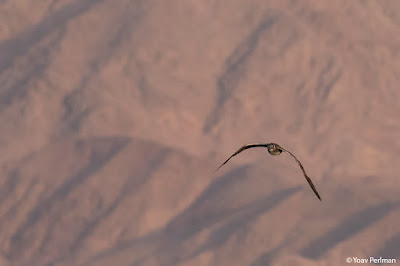 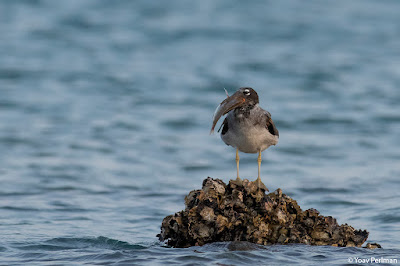 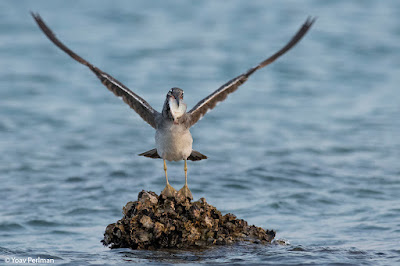 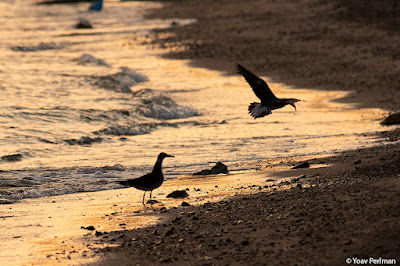 Two Western Reef-Egrets (and three littles) in the adjacent canal: 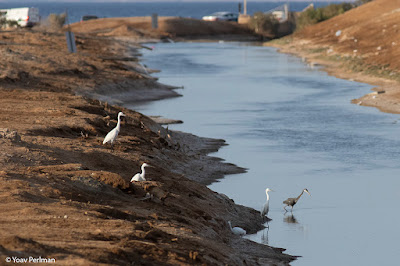 At 45 degrees daily it's hard to think about butterflies in Eilat, but even in the harshest midday conditions Eilat has some on offer. One day I paid a quick visit to a concentration of a butterfly I haven't had the chance to photograph before - Arabian Sapphire. It's a wonderful little 'blue', mouse-white with two splashes of colour at the rear end. I really enjoyed them, nectaring on flowering acacia and baccatus: 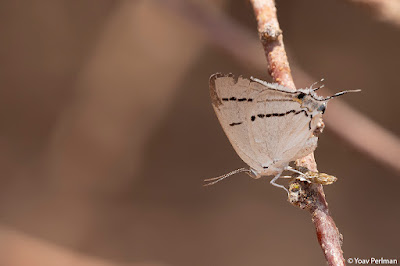 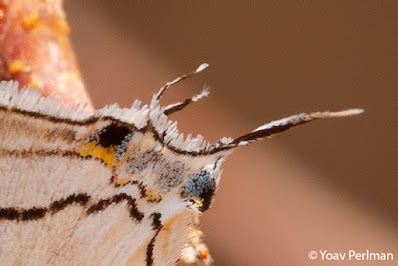 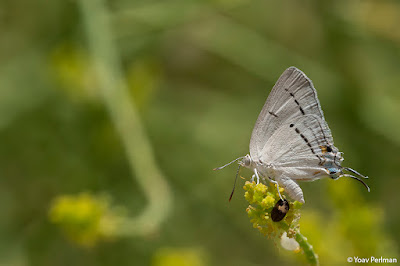 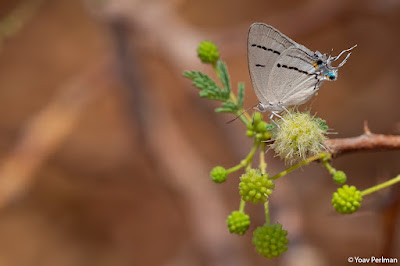 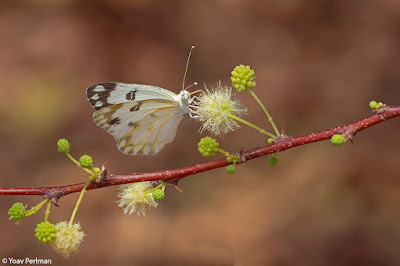 En route bumped into a lovely herd of Onager while driving through Hameishar, in beautiful golden light: 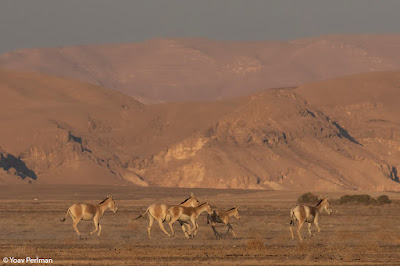