I spent a few days down in Eilat and the Arava Valley with my brother and Amir. Our visit coincided with a significant invasion of Desert Locusts, entering southern Israel from Arabia and Jordan. This invasion is ongoing, is quite large in its geographic spread (swarms are located all along the Rift Valley) but not as massive in size as the 2013 invasion, the last major event we had here in Israel.

In the current invasion, the locust are in the yellow, adult form that is gregarious, migratory and egg-laying. We found large numbers in Lotan on Friday afternoon. It was impressive to see swarms entering from the desert, flying low:

And hit the kibbutz fence: 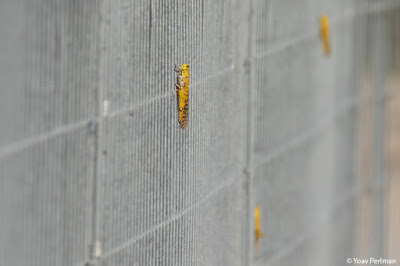 Then they started landing and congregating on vegetation and on the ground, to rest a bit before moving on north: 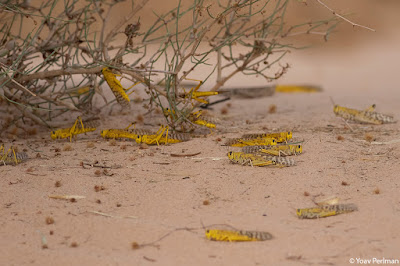 Each one of them is an impressive beast: 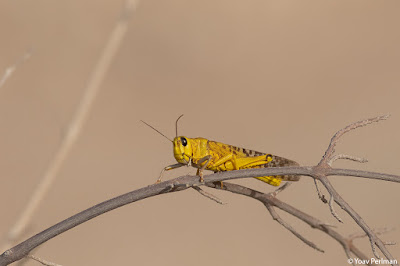 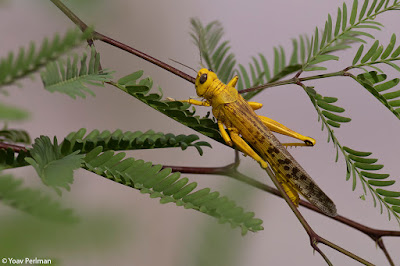 They are powerful fliers, extremely difficult to photograph on the wing: 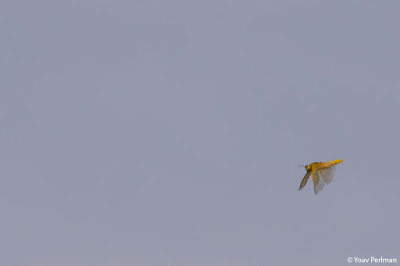 To their misfortune, the locust invasion coincided also with massive bird migration. Especially appreciative were bee-eaters - this is peak migration period for European and Blue-cheeked Bee-eaters. We saw many bee-eater flocks feasting on them. 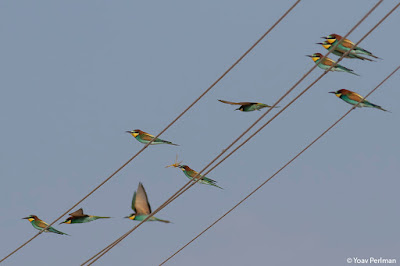 Bloody camera missed the money shot here (btw blob in the background is a locust, I think) 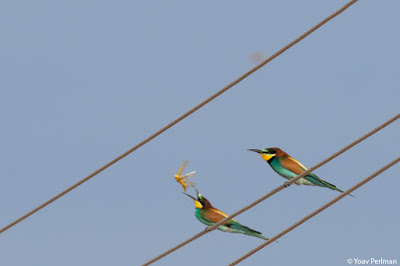 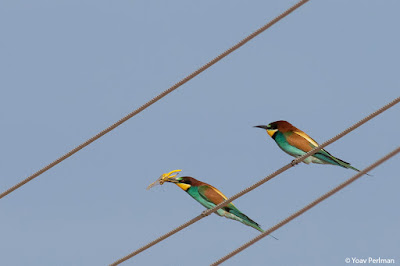 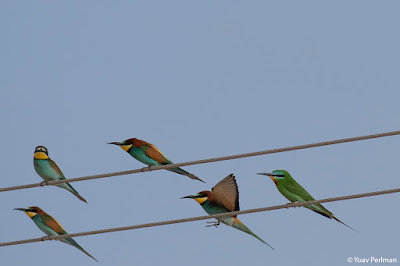 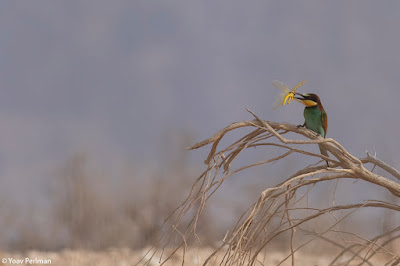 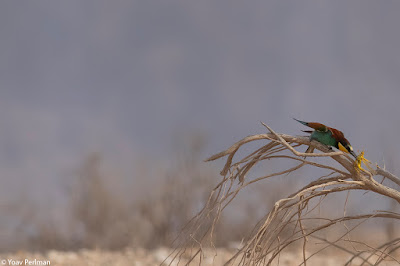 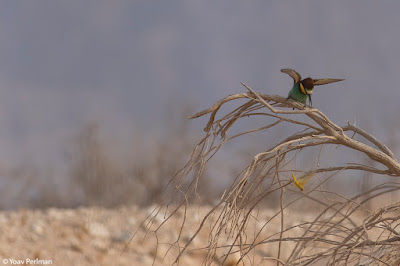 Of course we saw many other birds feasting on the locust - Steppe Buzzard, Spur-winged Lapwing, House Sparrow, Bulbul. Interestingly, Arabian Green Bee-eaters struggled with their size - I never saw them succeed, always gave up.

At KM20 saltpans the air was full of Slender-billed Gulls hawking locust high up. There was a flock of pratincoles (15 Collared and a Black-winged) that were feeding on locust. They are rather delicate birds, so it was interesting to see them battle with these large grasshoppers.