This morning Meidad and me paid Wadi Mishmar, by the Dead Sea, its annual late February visit, coinciding with peak migration of Cyprus Warbler. Soon after we started walking in, we heard a deep, distant raven croak and then spotted two Common Ravens perched on a dead tree in the distance - nice start. 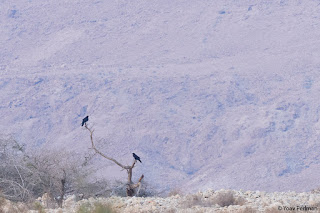 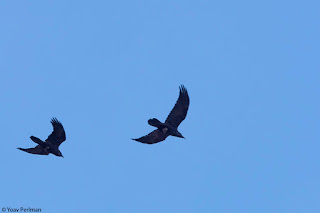 We started checking the lush Taily Weed (Ochradenus baccatus) bushesץ At first it was big numbers of Sardinian Warblers; then as we continued climbing up the dry wadi bed, we encountered more and more Cyprus Warblers, giving their metallic chattering from deep inside bushes:


During the first hour or so, we encountered so many Cyprus Warblers, which was great, but from a photographic point of view they were real bastards, giving frustratingly bad views like this 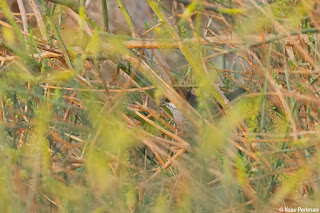 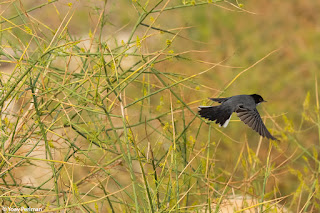 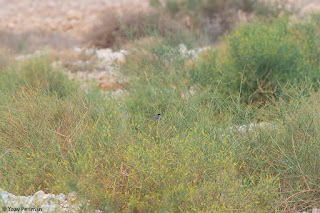 Eventually I bumped into a male who wanted to play ball. I first spotted him looking all gorgeous in an acacia tree: 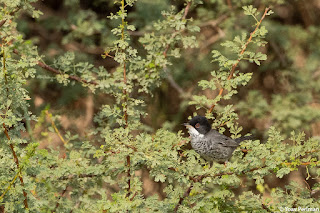 Then he decided to make the decent move and flew straight towards me: 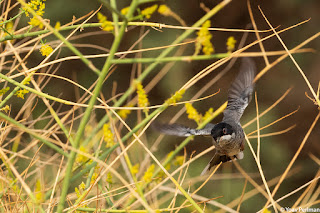 And settled for a couple of minutes in a bush just few meters away, feasting on what the bush has to offer - fruit, arthropods, pollen. He was just brilliant. What a performer. 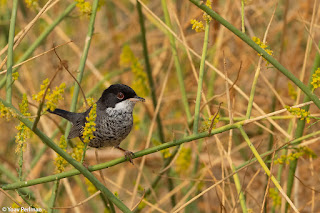 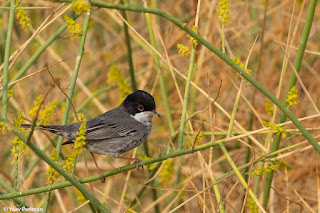 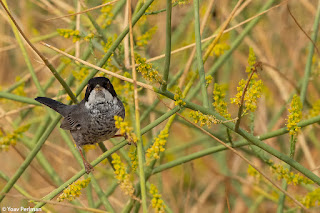 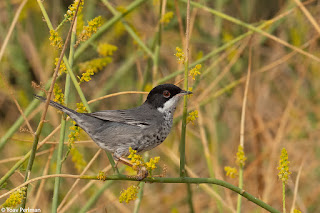 We ended up with 22 Cyprus Warblers - good tally. There were a few more migrants in the wadi - both cuckoos, Eastern Orphean, good fun. eBird checklist here.

On the way back home spent a midday hour in Lahav NR, which looks stunning now, flowers wall to wall, good birds singing, I had a good time. 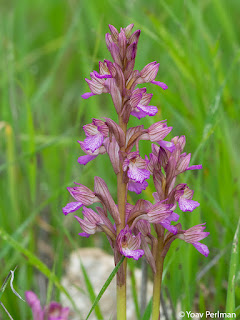 Finsch's Wheatear with Poppy Anemones in the background 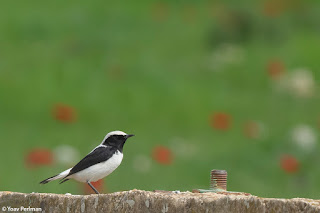 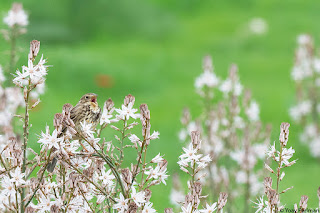 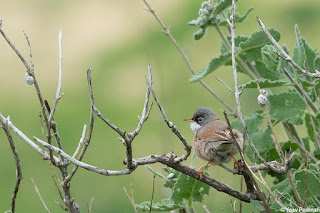 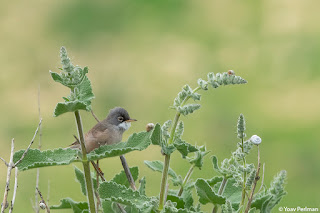 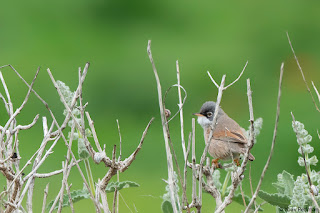