This morning, before a meeting, I had tome for some Atlas fieldwork, not far from home. I surveyed Tzor'a Ridge, which is a low rise (320 m asl) 'towering' over the Tzor'a/Soreq Valley (120 m asl). It's a small remnant patch of Batha habitat, dominated by Thorny Burnet (Sarcopoterium spinosum) with scattered bushes, mainly Spiny Hawthorn. Sadly, in this region most Batha-covered hills were either built over or planted with non-native conifers. 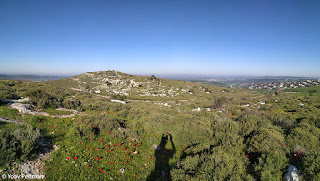 I didn't develop much expectations from this short morning session. My main target was Long-billed Pipit (it's not a known site for them, Batha patch too small) but one was photographed there in autumn; I was also hoping to see some other returning summer visitors like Woodchat Shrike or Cretzschmar's Bunting. Eventually I saw none, but it was a most enjoyable morning, with lovely warm weather, beautiful flowers and lots of migrants.
Perhaps under-rated among the hordes of uber-sexy sylvias passing through now, I find Eastern Orphean Warbler very attractive. Not the most colourful of all, but certainly a quality bird, especially when this male showed so well: 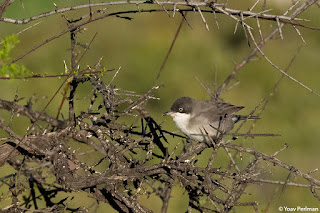 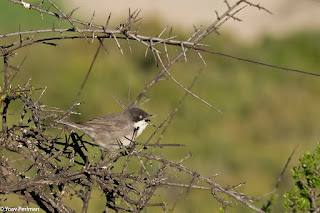 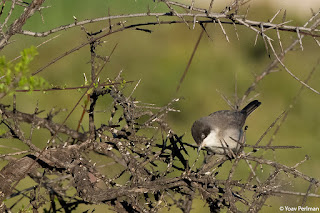 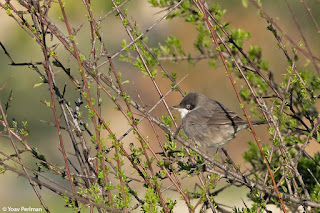 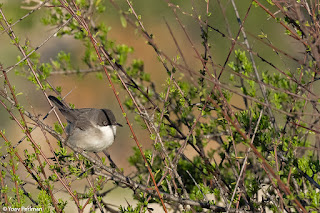 Other sylvias were 6 Rüppell's Warblers, some of them showed very well. No matter how many I see, and how cheesy they are, it's always good fun to enjoy a good macho. 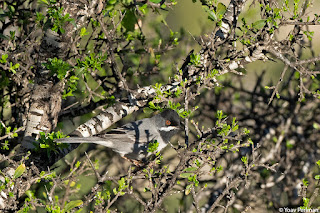 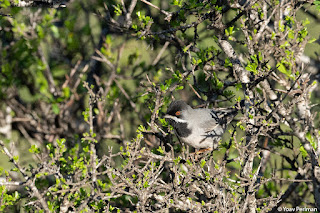 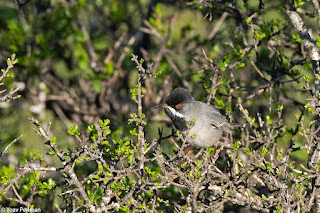 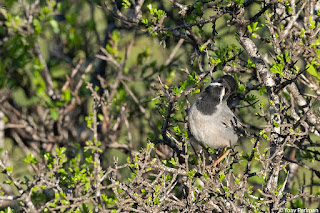 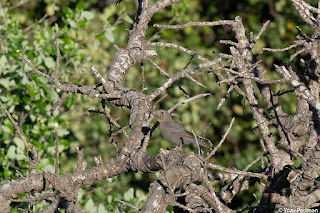 Me and this Short-toed Eagle were surprised by each other as I climbed over the crest of the hill: 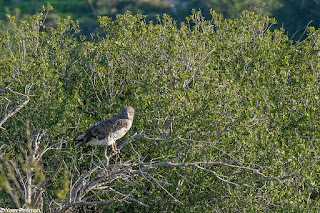 I am quite certain (but not 100% sure) that this kestrel is a lesser - claws not black (though not milky yellow), long wings, tiny bill, faint moustache, finely spotted breast, V-shaped scapulars and mantle feathers, faded barring on coverts and tertials. But I maybe off and it's just a Common Kestrel. 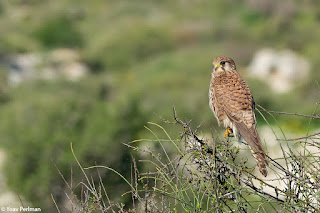 eBird checklist here.
Many orchids were flowering, most common species (Pink Butterfly-Orchid, Carmel Bee-Orchid); this Early Spider-Orchid was almost as good as a bird: 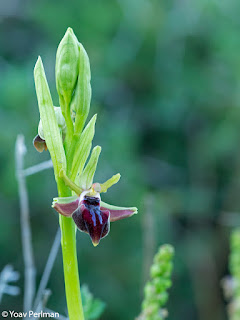 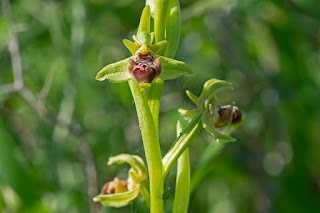 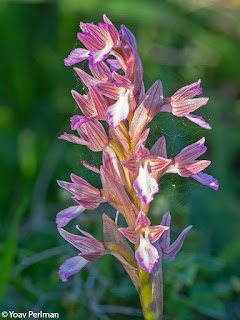