This weekend I participated (and helped the organisers) in the annual Great Desert Survey, coordinated by IBRCE, INPA and Eilot Regional Council. As last year, the event was a huge success and great fun. About 40 teams covered the remotest parts of the southern desert, collecting valuable data for conservation. Personally, I had a great time. My polygons weren't the busiest, but between them and general birding outside the polygons, I got to see some top birds. It was a difficult weekend for photography - I was too busy and/or with other people, so photo opps were limited.

On Friday morning I worked southeast of Ovda Valley, in a nice sandy wadi. There were lots of wheatears about, but I couldn't find a basalt of my own. I enjoyed this male Hooded Wheatear: 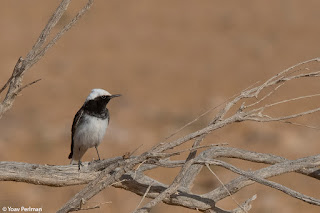 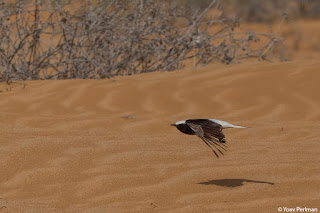 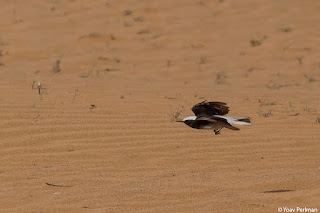 Typically, wheatears were followed by Asian Desert Warblers. None were obliging, but it's always fun to see theצ running on the sand like rodents: 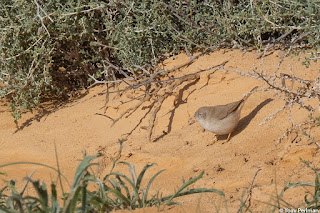 I usually don't pay much attention to Cattle Egrets, but this one that appeared in the middle of nowhere, flew directly towards us and started foraging right beside us was somewhat special: 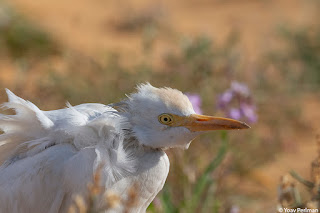 After we were done, we went to pay respect to a new Basalt Wheatear found nearby by Rony: 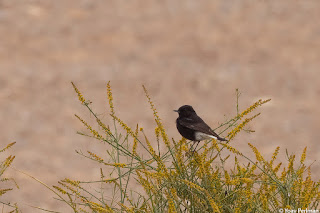 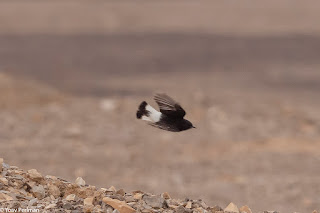 In the afternoon I did a few more bits and pieces, hoping that the African Crake would get released, no joy. After dusk I went with Re'a to Yotvata that delivered the goods - Egyptian Nightjar and Pharaoh Eagle Owl, here showing the diagnostic barred underparts: 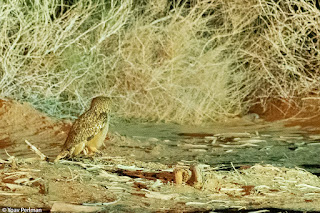 On Saturday morning, before my polygon, I quickly checked a wadi for Pallid Scops Owl (successfully, thanks Miguel!). My polygon was in another wadi deep in the desert. It was rather quiet - the weather was not enjoyable, neither for birds nor for humans, very cold and windy. We did manage a couple of Temminck's Larks and Desert Wheatears - gotta love 'em: 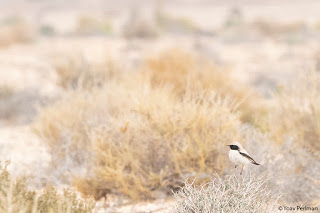 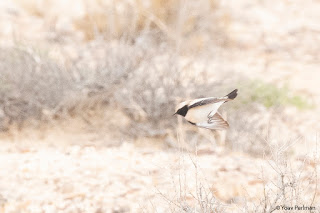 On the way out stopped for a quick scan at a spot that looked promising for Hoopoe Lark - boom! After a couple minutes of scanning one walked into view, albeit too distant: 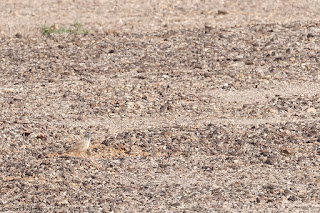 Our route out passed by yet another Basalt Wheatears found earlier by Ohad (#7 this season, all within about 10X10 km) - it would have been rude to drive by without stopping to say hello. 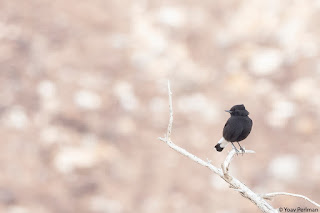 On the way back home we stopped at Hameishar Plains (as many others did) - excellent birding there. Hameishar did not receive rain this winter yet, so there is no annual germination, but last winter's productivity left tons of seeds on the ground, and lark numbers are good as a response. Best were 23 Thick-billed Larks, also many Temminck's, Bar-tails, sandgrouse etc. eBird checklist here. 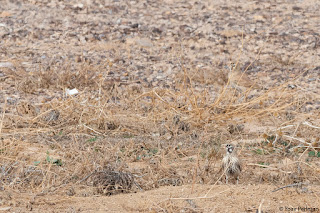 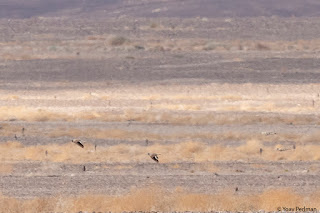 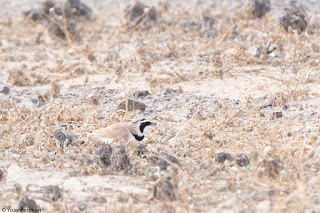 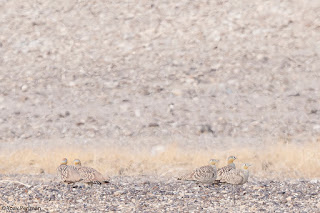 Many thanks to Noam, Itai and the rest of the organising team, including Hai Bar staff for hosting the whole event. My team - Golan, Noga and Yossi were great, thank you!
פורסם על ידי Yoav Perlman ב- 12:41 PM