Since the start of the year, a series of storms have been hitting our shores, bringing some good seawatching opportunities. Only today I managed to free some time for seawatching, and went over to Palmakhim, south of Rishon Letzion,  where I joined several others. The wind was blowing hard, but the direction was not ideal - too much southerly element to it. There were few true pelagic species - six Yelkouan Shearwaters and an Arctic Skua. Main interest was in gulls, specifically small ones: There was a lovely concentration of Little Gulls, fishing in the sheltered bay with Sandwich Terns. They are rather scarce in Israel, so their numbers were pleasing: At most we had 13 together, in total about 17. Beautifully-patterned, elegant - I love Little Gulls, especially when they're young (there was only one adult). 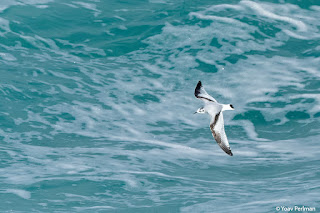 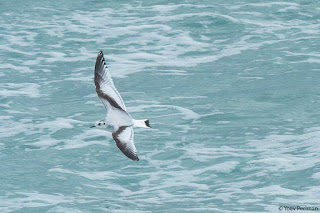 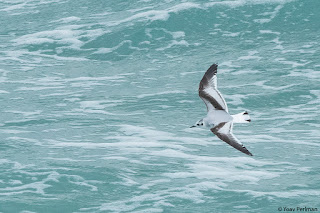 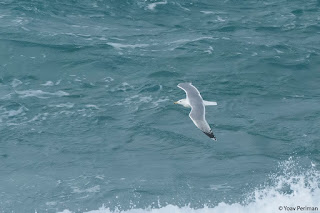 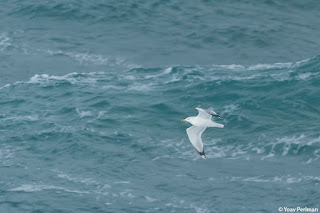 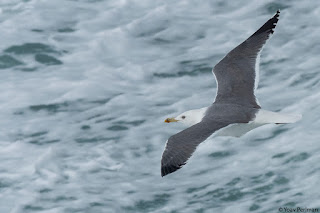 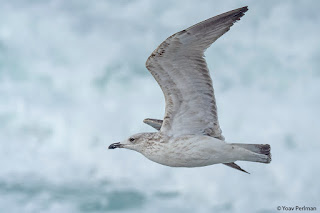 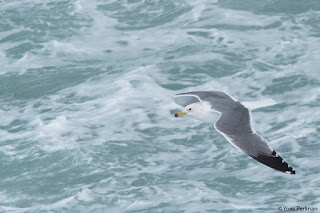 I think this is barabensis - tricky gull 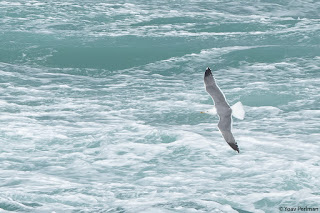 Dark underwing secondaries indicate this is a fuscus-thingy 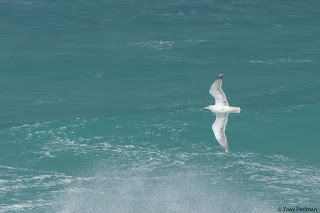