I spent one night in Eilat with my family, spontaneously escaping from another hot and sticky weekend in the center. While Eilat was certainly hot, at least it wasn't sticky and it was better fun than staying at home. Yesterday early morning I met up with Shachar and Dudu for a couple of hours of seawatching off North Beach. I have had worse morning there: highlight was a 2cy Arctic Tern, that gave good scope views as it flew rather distantly just behind the border, often alongside a Common Tern allowing good comparative views. I failed even to get a record shot - all I managed was a lovely photo of a Jordanian border police boat:


There's an Arctic Tern somewhere in there, honest 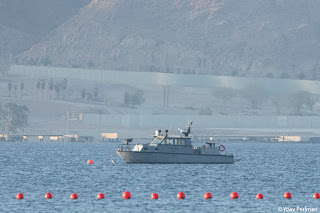 Arctic Tern is just about annual in Israel, typically in July-August. I assume it's overlooked, because of my biased luck in finding them - I have already found several during 'random' one-day visits, including here. 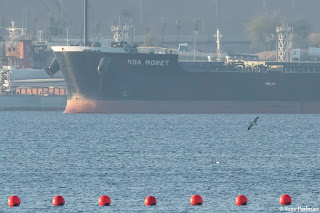 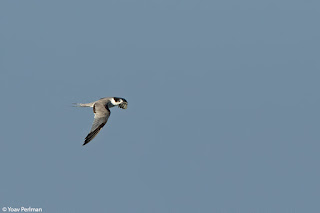 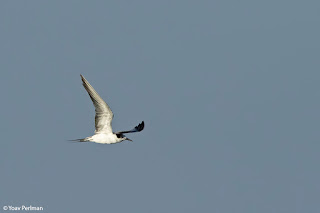 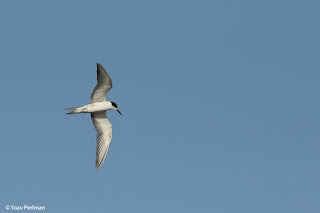 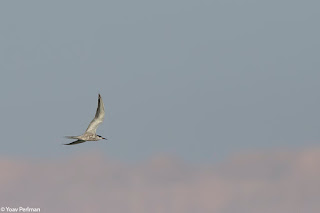 After a lovely day spent snorkeling at Coral Beach, on the way back hope kidnapped my family for a very quick whiz through KM20 saltpans. I saw one Red Phalarope. At what distance you ask? Distant... But hey-ho, a year-tick is a year-tick. Two birds are present for about a week, though they could be the same two seen in late May. 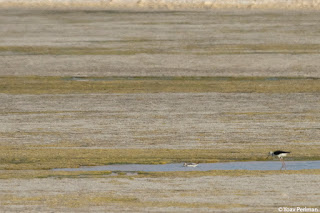