Another season of open window brings some common moths into my bathroom. Mainly micros but some finer macros as well. Nice to sit down and ID them. I often fail with their ID and get assistance from friends with better moth ID skills than me. I have already posted some of these images on Twitter - sorry for recycling.

Streamer was a beautiful addition in late April: 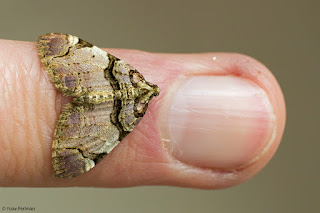 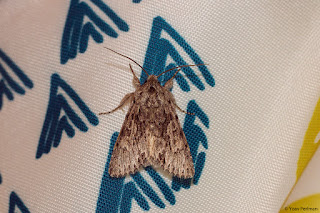 A rather early Snout, somewhat disheveled, visited me last night but wouldn't pose nicely. It disappeared somewhere in my house: 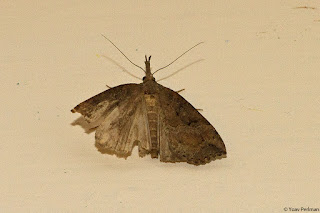 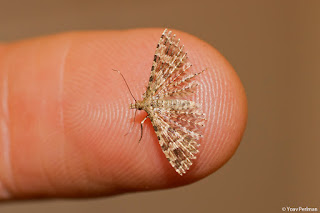 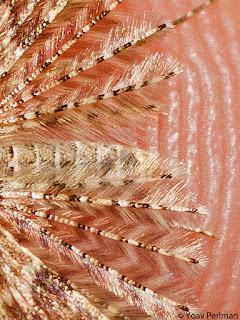 Brindled Flat-body - almost got away on the bathroom window sill: 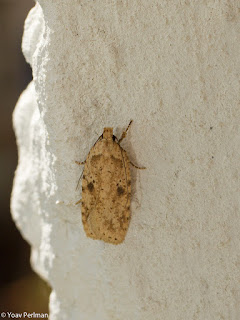 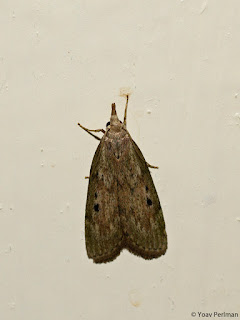 And a couple of tiny micros - quite attractive from up-close. Four-spotted Yellowneck (Oecognia quadripuncta) - I think: 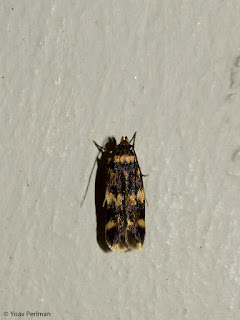 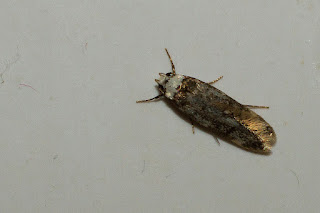