I have a lot of catching up to do, after several wifi-less days in Kaziranga NP, Assam.
Our first day in the reserve was incredible. The weather was good, the birds were active and we just saw so many birds. Our guide, Rofikul, did a great job and our daily score was over 170 species! And this is with the difficulty of birding out of the jeep. In the morning we checked the eastern range, and in the afternoon we checked the central range. The wetlands are superb, and especially the adjacent woods team with birds and wildlife. Lots of One-horned Rhinos, Asiatic Elephants, Buffaloes etc. Here are some photo highlights: 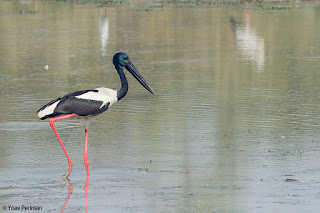 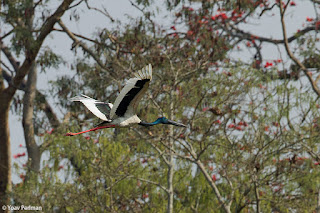 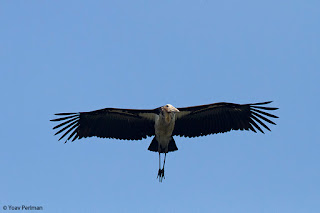 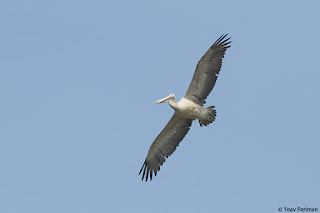 Many hundreds of the extreme Bar-headed Geese graze around the wetlands: 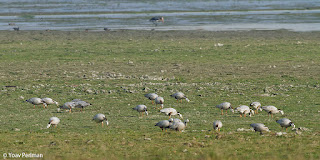 The father of all chickens - brilliant bird. Red Junglefowl 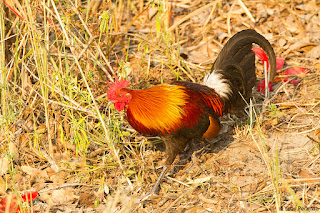 It was a good day for raptors, taking advantage of the good weather. We had seven eagles including Imperial, Booted, Indian Spotted and Greater Spotted. 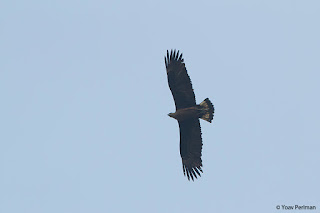 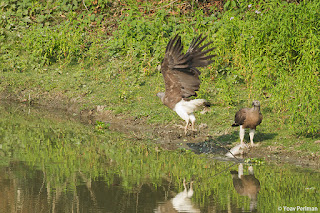 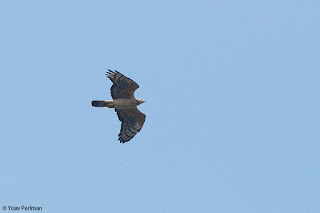 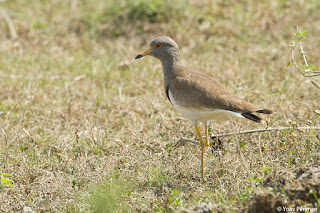 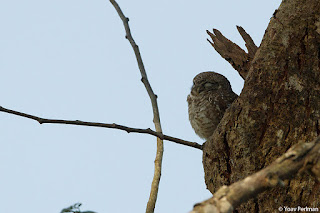 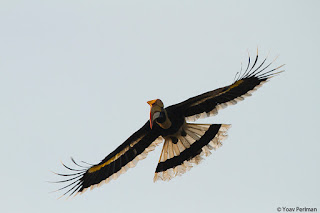 A few images for Euro birders - first these Oriental Turtle Doves (and a Red Collared Dove): 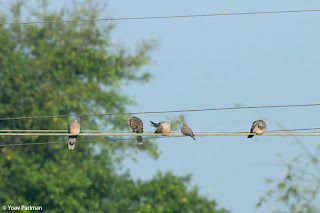 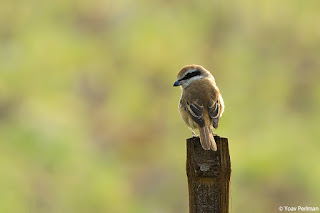 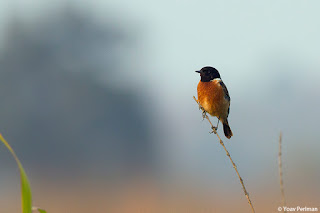 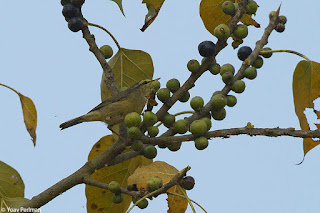 Huge numbers of starlings and mynas everywhere, including the truly impressive Great Myna: 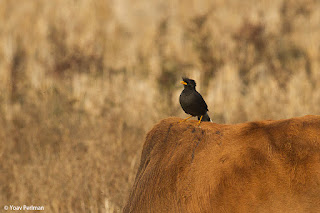 The Cotton Trees are packed with birds, feeding on nectar and on the flowers themselves. Mainly starlings and parrots. Among the commoner starlings and mynas we had also good numbers of the scarce Spot-winged Starling: 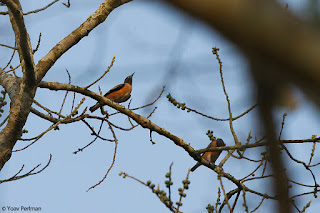 And among the commoner parrots we had also some Blossom-headed Parakeets. These are Red-breasted Parakeets, seen in good numbers. 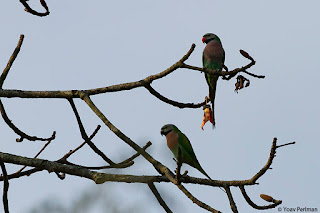 Under the trees, Hog Deers join the feast: 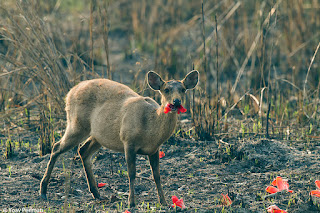 But the highlight of the day came right at the end, during the evening golden hour. A stonking male Pied Harrier made a perfect fly-by. Only my camera did not perform well and shot too few frames per second, but hey, I cannot complain. What a bird. 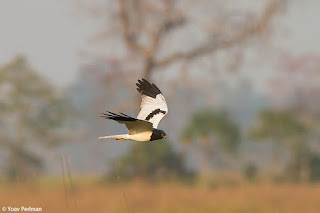 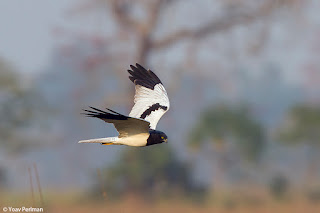 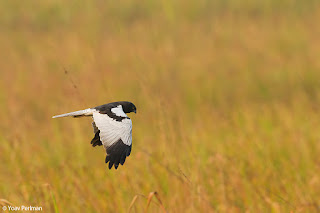 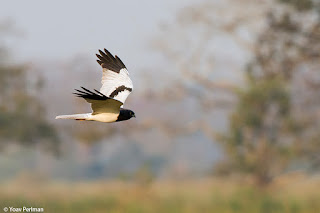