One of these random days 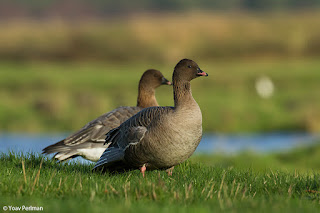 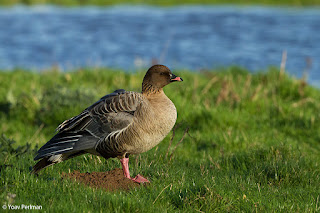 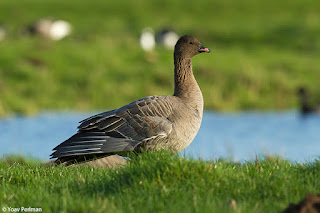 I love brents - truly adorable birds. This one was caught red-handed killing a grass: 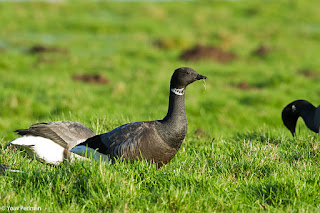 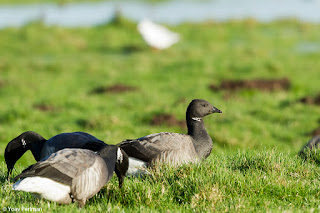 I saw a couple of hybrid X Black Brants but too far to photograph
.
In Blakeney there is a small waterfowl collection run by some dodgy shooting association. So many unringed exotics there - how can you ever tick waterfowl in the UK with these collections everywhere?
Hooded Merganser 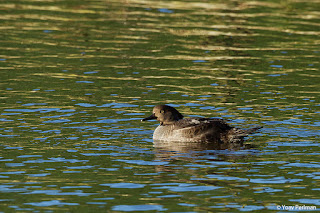 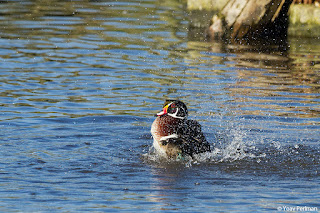 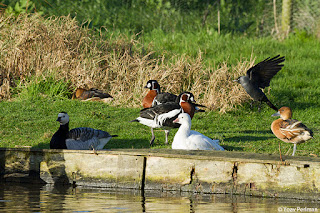 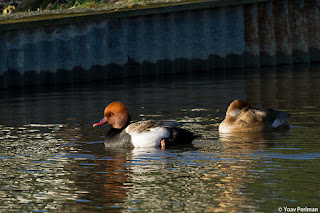 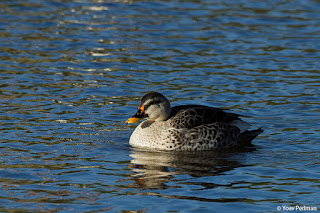 The second half of the day was sort of weird. After Holkham we decided to try the Iceland Gull at King's Lynn. My tomtom lead me through Flitcham. Over the past week or so during which this Pallid Harrier is there I was offered several times by friends to go and see it, including this morning, but I declined because I couldn't be bothered. When I approached Flitcham I saw a group of birders scoping something from the roadside. I thought I might as well stop and have a quick look around. I pulled over and there it was, perched distantly on a hedge, decent scope views. Accidental UK tick...

At Fisher's fleet, King's Lynn, at first there was a nice feeding frenzy of gulls on some leftover prawns, but soon the tide rose and they all dispersed - we didn't see the iceland for an hour or so. The light was fading and the gulls were heading out to sea to roost. We just had to use the magic murphy words 'counter-productive' and 'it was a nice day anyway' when Terry spotted the gull as it flew from behind a hangar! It gave us good but very brief views, maybe 3 seconds, not enough to photograph it. Then it didn't show again despite us using the same negative phrases, and that was the end of the day.
פורסם על ידי Yoav Perlman ב- 1:08 AM