I guess many news headlines started liked this - didn't check.
I have a confession. Yesterday I went to the first football match in my life. My elder son is very keen so I joined him and a few friends to Norwich City vs. Manchester City, in the third round of the FA Cup. I took my camera and big lens along with me and learned some important lessons as an unsuccessful and extremely amateur sport photographer (maybe I'd better stick with Wildlife).
The atmosphere at Carrow Road was fantastic - a crowd of 24,500 did the job. Despite us being automatically Norwich supporters, most eyes were on Sergio Aguero. He is an amazing player indeed and I was impressed by his actions. 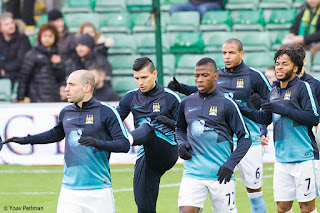 Here he is straight after scoring his goal: 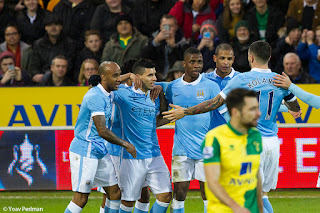 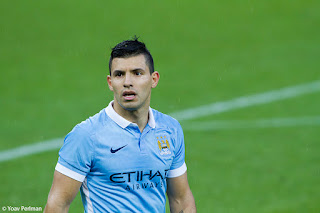 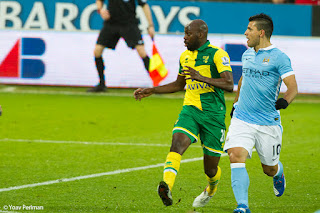 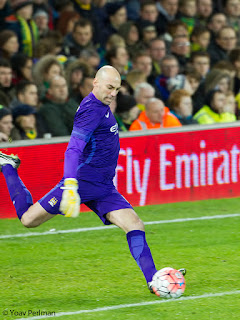 Cameron Jerome's expression says it all: 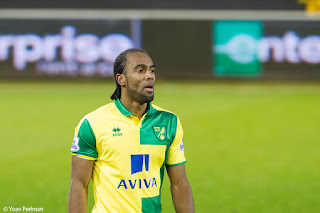 Jesus Navas after a hard tackle: 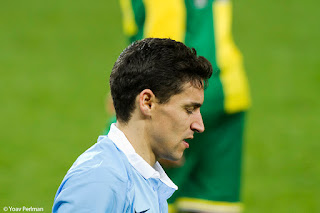 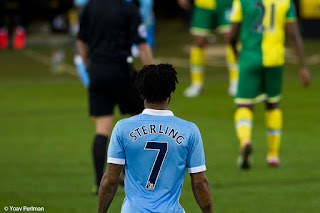 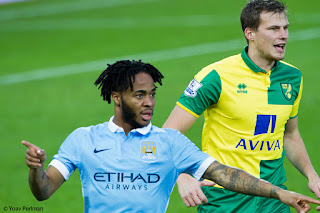 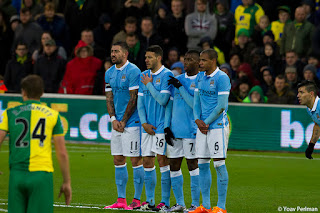 Andre Wisdom with the distinctive bald patch on the back of his head: 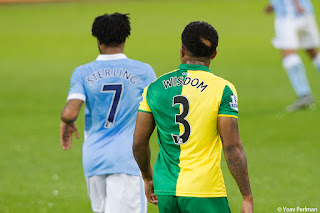 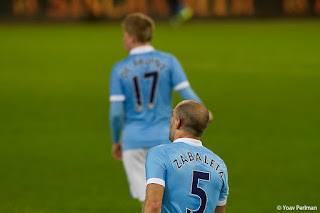 And now for the excuses:
I sat in the 10th row, hence the lousy angle resulting in green background. Also I was worried about knocking those sat in front of me with my lens. I was trying to enjoy the match and rarely tried to get action shots and that never worked well, so I have mostly relaxed portraits in slow moments. When I had my eye inside the viewfinder I could really see nothing of the match and felt I was missing much. I was very limited with my 500 mm for shots at short distance. And my 7D has a slow shutter release speed - I need a faster camera.
פורסם על ידי Yoav Perlman ב- 3:55 PM