Yesterday I surveyed a site in the Arava where Oded keynan had seen in recent years successfull breeding of Arabian Warbler. Though not globally endangered, in Israel it's one of our rarest breeding birds with about 15 pairs, most in the last remaining bits of acacia savana in the N Arava Valley.
It was a very beautiful morning with lovely desert scenery and lots of common breeding birds. At first light I was there with Oded, and quickly we heard a singing male Arabian Warbler. It very quickly disappeared and it took me some time to relocate it. I watched it for some time until I discovered its family - I saw both adults and one full-size juvenile. Later on Oded had another singing male in a different part of the reserve, but by the time I got there it was gone.
Arabian Warblers are incredible passerines - they have huge territories, and they just don't stop flying. I witnessed the family fly almost 1 km - just for fun, with no apparent reason. It was very hard work to track them down, and of course to photograph, which was almost impossible. I attach these two images just to demonstrate how difficult it is. I didn't even put my name on them - if anyone wants to steal them - go ahead, fell free. 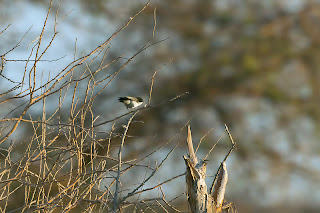 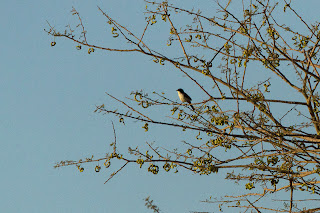 Thanks to Oded Keynan the babbler man. 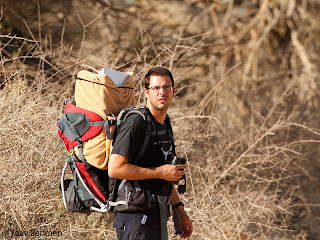