Yesterday and today i participated in an international workshop on vulture conservation in Israel and the Middle East, that took place at Kfar Blum hotel in the Hula Valley. This workshop was organized as part of 'Porsim Kanaf' - a joint project of the Society for the Protection of Nature in ISrael, Nature and Parks Authority and Israel Electric Company to protect Israel's raptors. Some of the worlds' leading expert on vulture biology and conservation were invited to take part in the workshop, in order to assist the local experts in finding solutions to the steady decrease in vulture populations in Israel. I learned a lot during these two intensive days, but on top of that it was great to meet al the guys, both international and Israelis. This is Munir Virani from the Kenyan chapter of the Peregrine Fund:

But, as you know me, I couldn't sit on my bottom for too long so close to the Agmon. So I sneaked away with Amir both yesterday afternoon and this morning for some birding and photography. We focused on a Black-winged Kite that had been hanging around in the valley for the last few weeks. It is such a charismatic bird, full of character, and those red eyes, wow! Even though it's common like shit in Africa and southern Asia, in Israel it's still a top quality bird. Not as rare as it was just ten years ago, but still great to see, and of course to photograph: 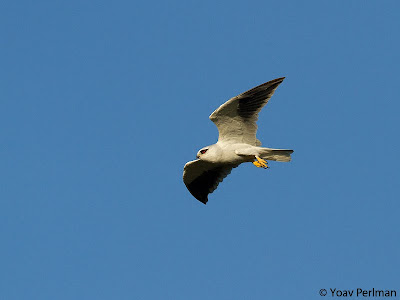 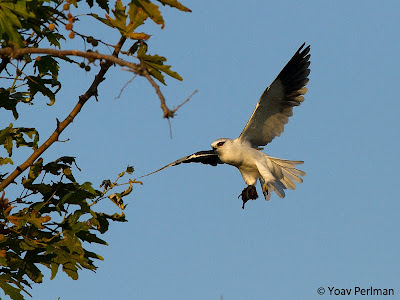 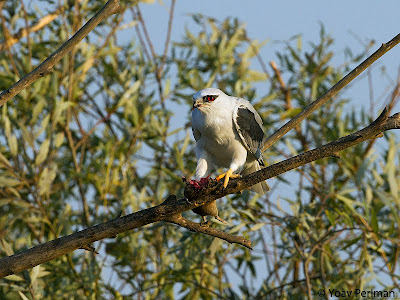 And flew very close to us to continue feeding on it: 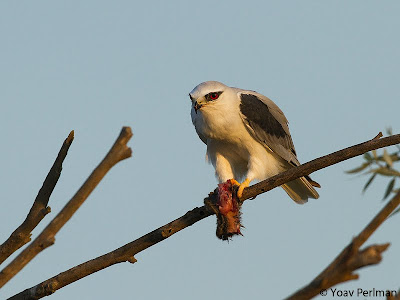 And a good shake before flying off (missed the take-off of course): 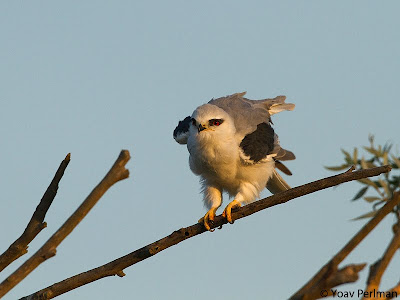 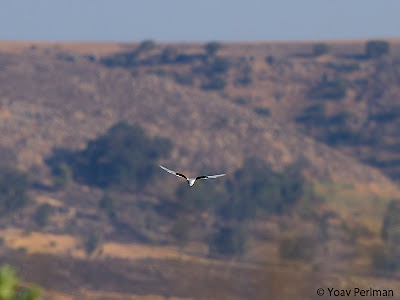 Here it was mobbing a 1cy Bonelli's Eagle flying by: 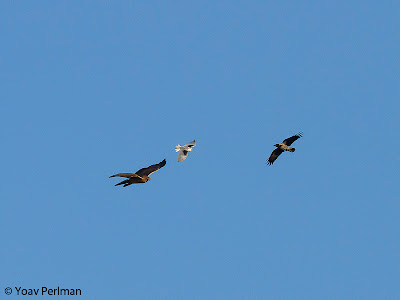 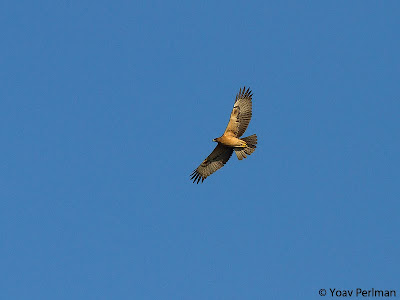 There were thousands of Plain Tigers (Danaus chrysippus) on every tree and bush: 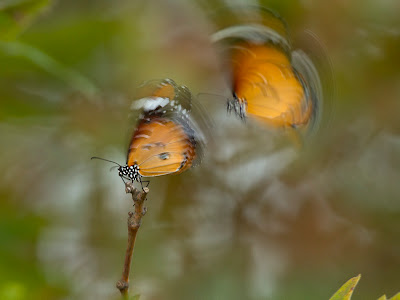 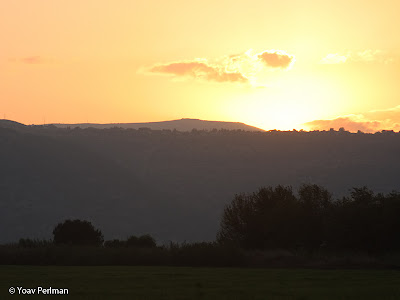