Yesterday and the day before I had about 30 hours of non-stop birding (thanks Pete for the inspiration). I began on Sunday noon with twitching the Painted Snipe that had been found the day before at HaMa'apil fishponds in the Hefer Valley. I have already seen them a few times in Israel, but it's an excellent bird nevertheless. The bird (a male I guess, I know nothing about their moult so age unknown) favoured the grassy fringes of a muddy fishpond, and I searched for it for a long time before it finally gave itself up and showed very well. Great bird! 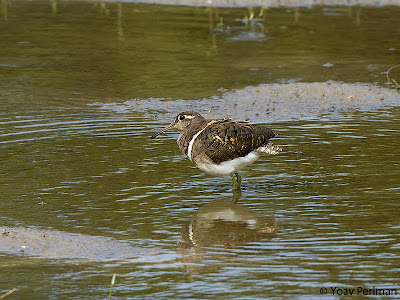 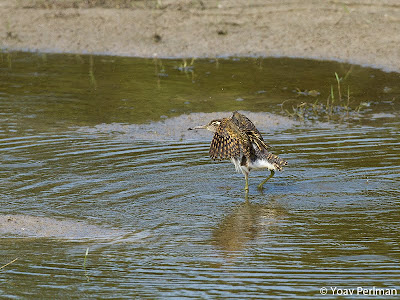 The snipe was in a fantastic pond packed with shorebirds. There were some more good birds there, including this unhappy-looking 1cy Black-winged Pratincole: 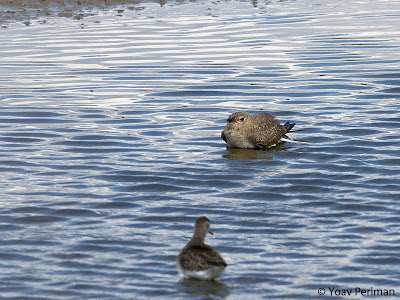 And a couple of Citrine Wagtails - this is an adult female: 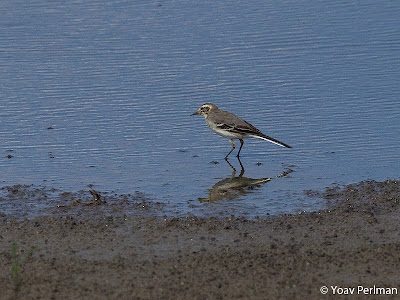 While waiting for the Painted Snipe to show up, I scanned through the 50+ Common Snipes in the same corner of the pond. I found one very odd snipe on the deck that made me think it was a pin-tailed, but after closer inspection of the images on my computer screen, and consulting with some more people, I will leave it in peace as an odd Common Snipe.

My next stop was Ma'agan Michael. A large team of ringers (including Yosef, Francis, Gidon, Nadav, Ron and Yotam among others) gathered for a mega shorebird ringing session. We set the nets in the afternnon and worked through the night. We had an excellent session, with about 270 shorebirds ringed plus a few other bits and pieces. During the night we had a great selection of the regular species, but nothing really good. Avocet was a ringing tick for me. Yosef will post the totals in his blog soon. I had to leave at dawn to make it on time to my next stop, and early in the morning the tough guys who stayed till the bitter end had a Red-necked Phalarope. 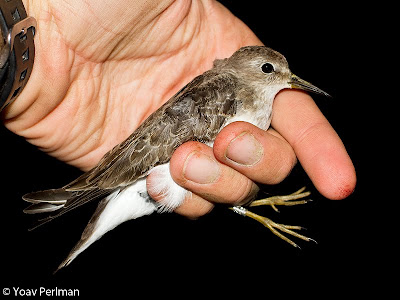 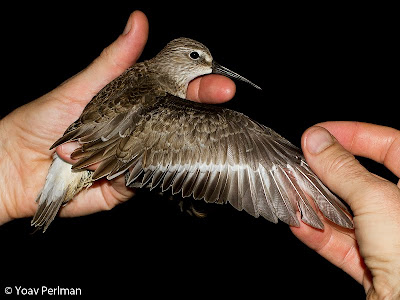 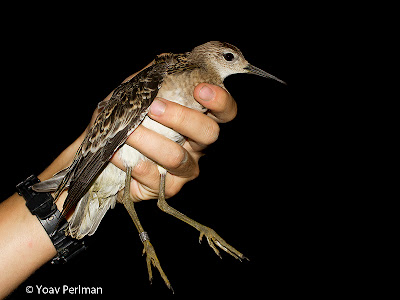 My next stop was the IOC - IAF Northern Valleys Raptor Count. Liron who normally coordinates the count had a day off so I replaced him for the day. Personally I had a good day with about 3000 Lesser Spotted Eagles, 1500 Levant Sparrowhawks and 2000 Honey Buzzards. Among the commoner species I had some goodies too - an adult male Crested Honey Buzzard and an adult Eastern Imperial Eagle. The honey buzzard was en extremely massive and brightly-pattern individual, like a bloody Crested Serpent Eagle, but unfortunatel it glided fast into the sun before I had time to grab my camera.
I was very happy to see the eagles going down to roost in the evening, becuase that meant I could finally pack my binoculars and drive back home. 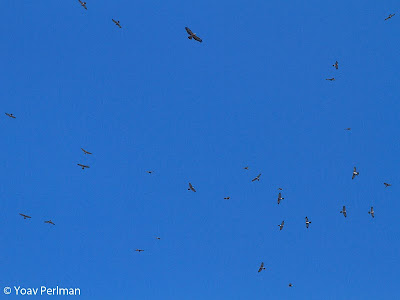