Back after a long absence, I had a free morning for the first time after such a long time. After dispatching the kids at their respective kindergartens I went to search for a pair of Black-headed Buntings not far away from my house. I found them a few weeks ago while doing my Barn Owl nestbox monitoring. This beautiful bunting breeds in rather good numbers in northern Israel (i.e. Golan, Upper Galilee) but it is rare and declining in central Israel. In fact they were absent in my area (Judean Foothills) for a few decades and returned to breed only in recent years.
This male was holding territory and was very vocal, but I couldn't see the Mrs. - it must be on the nest at the moment. The male kept a distance of at least 30 m at all times, so the images are of rather poor quality. However it's a fantastic bird and I am happy to have them near my house. 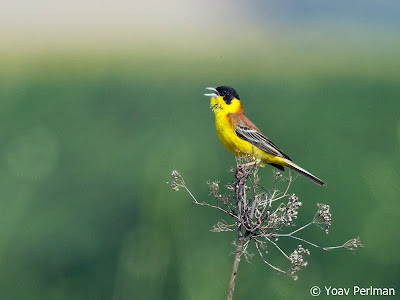 This individual has some pigmentation problems - some white secondaries: 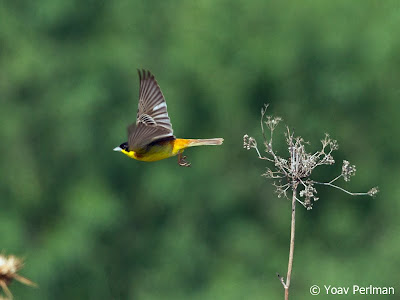 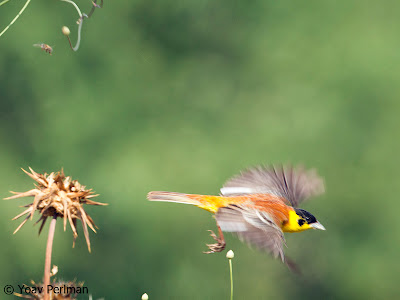 This late Booted Eagle was harassed by the local crows: 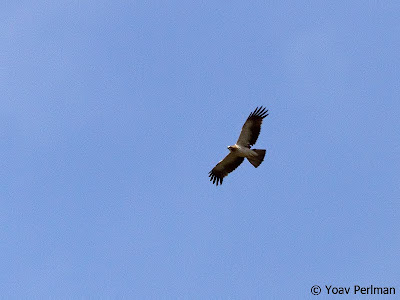 On the way out I encountered a pair of Stone Curlews - with chicks I assume by the feather stuck to its bill: 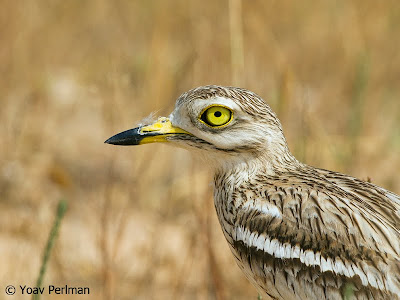 Thanks to Yonatan for his help with this today!
פורסם על ידי Yoav Perlman ב- 1:15 PM