Birding and fieldwork doesn't always mean cherries and candies. Sometimes days out in the field involve disappointment and frustration. That's what happened to me yesterday. I returned with Edith to one of my best boxes in Nizzana, deep in the remote desert (as I thought). In my previous visit there I had a female MacQueen's Bustard on a nest, coursers, good larks etc. - great birds in pristine habitat. As we reached the box yesterday we immediately saw the rubbish, heard the noise and smelled the stench of huge herds of goats, sheep and camels that belong to some Bedouins. They graze there without any permits, nor with any responsibility towards the environment. Putting aside the political, cultural and social context of the Bedouin community living in Israel, this grazing causes huge damage to some of Israel's most sensitive ecosystems, and brings to the verge of extinction species like the MacQueen's Bustard and all our sandgrouse. The herds leave behind them a completely barren landscape as they graze heavily every square centimeter in the wadis and plains. They eat the few annuals that did germinate this winter. The Bedouins scorch the desert with their 4wd's, damaging the fragile desert crust. The adults and kids poach everything - mammals, birds and reptiles. They cut and burn bushes and trees as a source for energy. They leave loads of garbage behind, as they move on to the next grazing grounds. 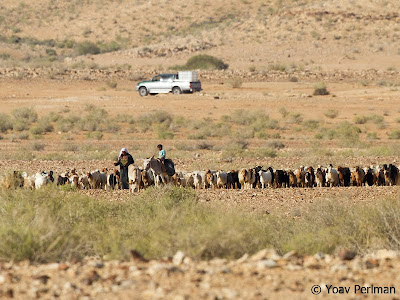 This herd was walking towards where I had the bustard nest. Of course no bustards or any other sensitive desert species (sandgrouse, coursers, rare larks) were seen in this box after the Bedouin 'treatment'. 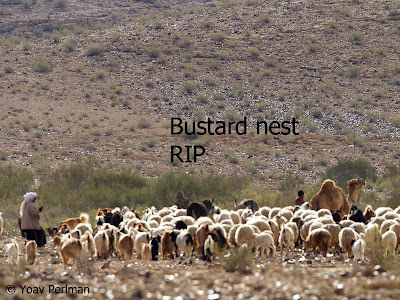 Every herd walks around with semi-wild dogs. These dogs hunt for gazelles and hares. 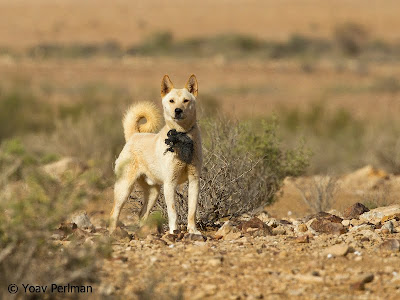 While goats and sheep cause terrible damage to the undergrowth and break the desert crust, camels cause devastation to the few acacia trees and other bushes. BTW, I think I accidentally caught a Barn Swallow in flight in this shot. 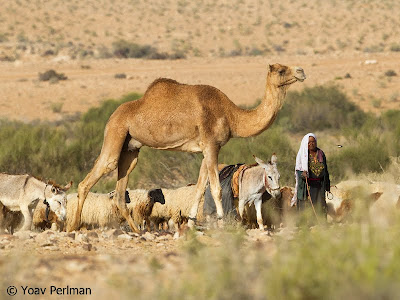 But at least the Bedouins make attractive photographic subjects: 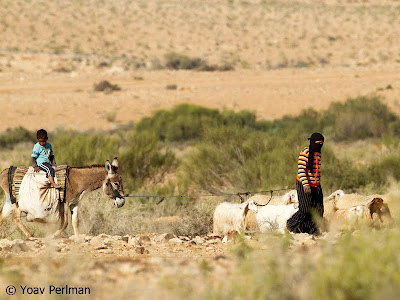 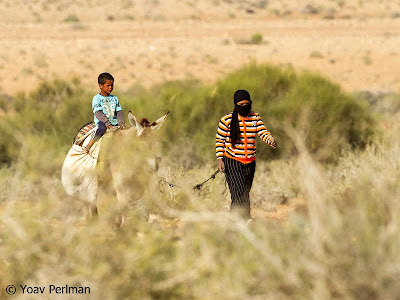 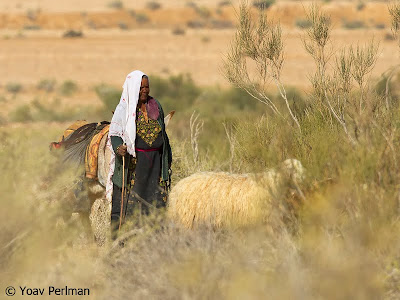 The government and its' relevant agencies must deal with this problem promptly. Dealing with the whole complex problem is very difficult of course, but I think that dealing specifically with the grazing issues must be much less complicated, providing Bedouins with alternative income opportunities.
We had few birds breeding in the box. I was happy though to find this male Desert Wheatear feeding young in a nest: 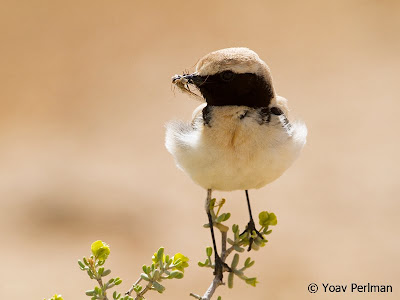 Here in a classic pose: 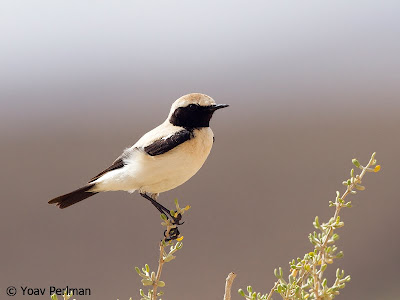 We had good passage of Bee-eaters. Some came down to feed and were perching on rocks in the wadi-bed. 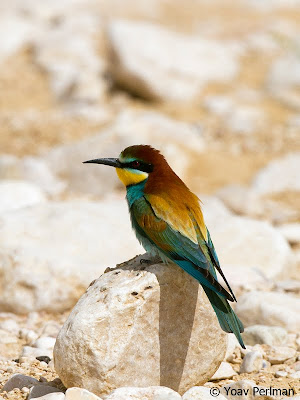 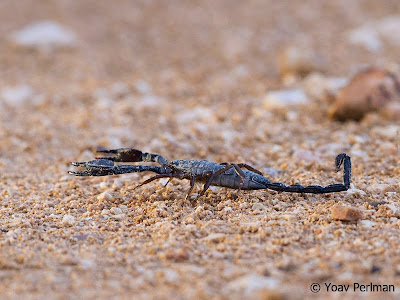 Today I had a good ringing session at Ashdod. Loads of Blackcaps mixed with smaller numbers of Lesser Whites, Reed and Eastern Oli Warblers. This male Barred Warbler was a real stonker: 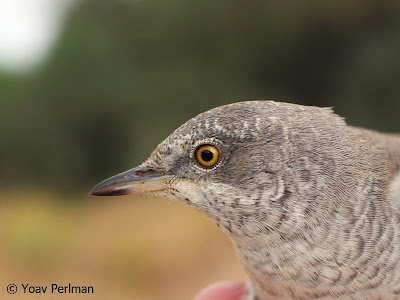 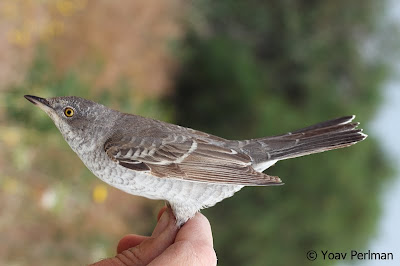 I had a few of the neat Garden Warblers: 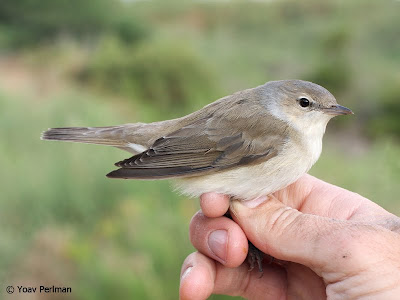 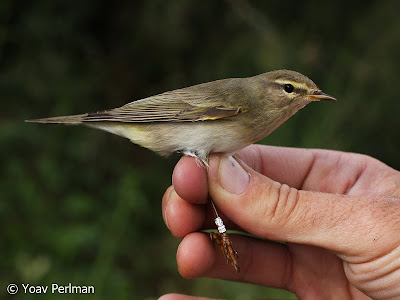 Thanks to Shachar and Shlomo for the help.
פורסם על ידי Yoav Perlman ב- 2:50 PM