This morning I did another atlas box deep in the desert south of Shivta together with Eli and Shachar. Not prime habitat but still some good stuff. First thing in the morning a lone wolf walked across a ridge - nice way to start the day. 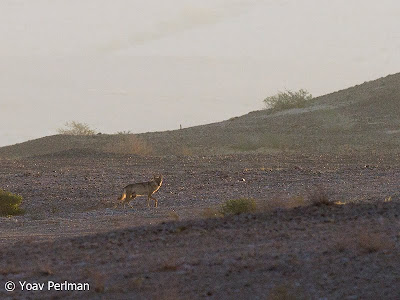 Quite a few raptors were roosting on the plains, including this Marsh Harrier. Later on we had some Honey Buzzards - first for me for this season.
Marsh Harrier 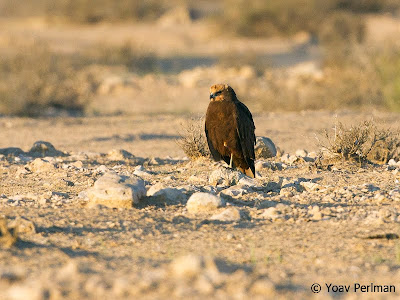 The plains had the expected selection of coursers, sandgrouse and larks. Quality larks included one Temminck's and several Lesser Short-toed. One LSTL was mimicing Bar-tailed Lark, so they must have been around and missed by us. Rufous Bush Robins have arrived in good numbers and are breeding in the vegetated wadis.
Rufous Bush Robin 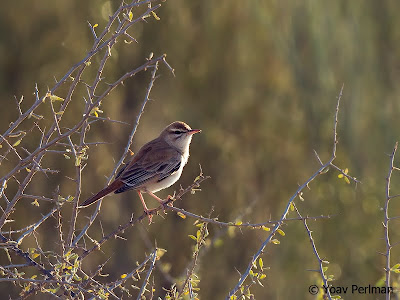 We checked one scenic wadi that held breeding pairs of both Long-legged Buzzard and Raven - nice stuff. Raven has become a very rare bird in Israel.