Birding around the clock

Earlier this week I had almost 36 hours of non-stop activity. It began with a morning at Nizzana with Meidad with all the usual suspects - bustards, sandgrouse and impressive numbers of Cream-coloured Coursers, including several families with large chicks. They are such charismatic birds and one of my favorite photography subjects.
Cream-coloured Courser 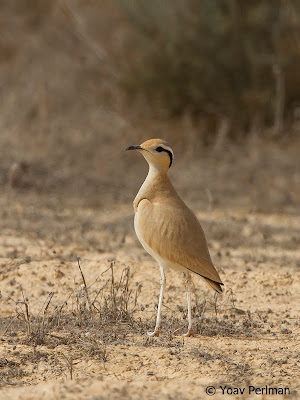 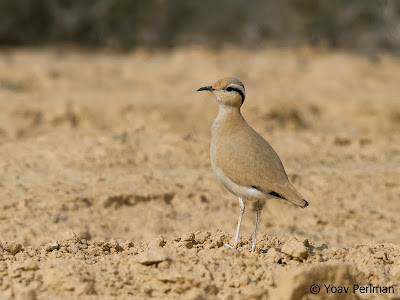 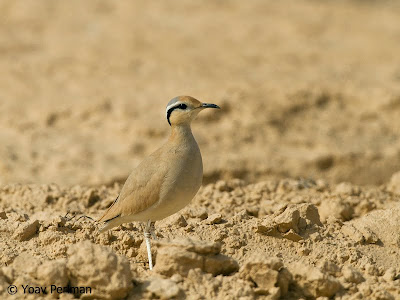 Black-winged Kites are still showing near Nizzana, almost a year after the influx began. Will they remain to breed in Israel for the first time ever? This must be a 2cy according to the pale tips to the coverts. 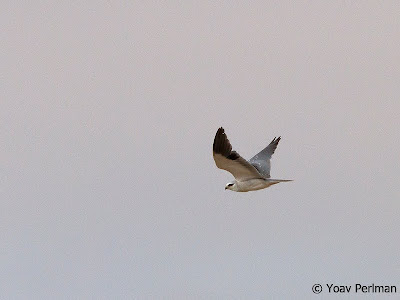 Be'erotayim grove was busy with many good migrants. We had a few Collared Flycatchers: 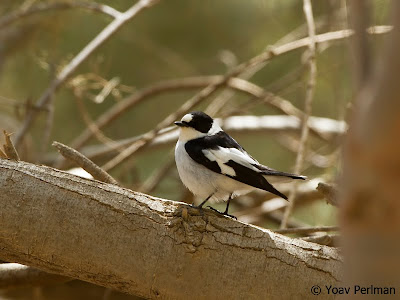 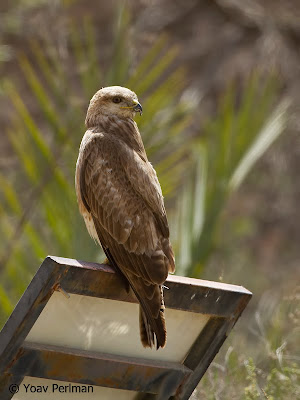 Then I continued to Neot Hakikar where I met up with some Spanish and Luxembourgian birders. We had a fantastic time with the Nubian Nightjars, and I even managed to ring one bird for my research on the nightjars. Joseph from L'burg had a very special ringing tick... I will post images of this bird as soon as I get them from the other guys.
After we were done I drove to the Jerusalem Bird Observatory and arrived after 01:00. I was greeted in by the local porcupines. I opened the nets in the middle of the night trying to catch European Nightjars. I saw two birds but did not manage to catch any. This Scops Owl was nice though: 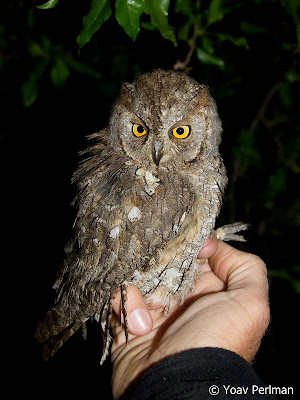 As dawn broke I started catching passerines of course. It was a rather standard morning with many warblers and not much else. Best bird was this cracking male Collared Flycatcher: 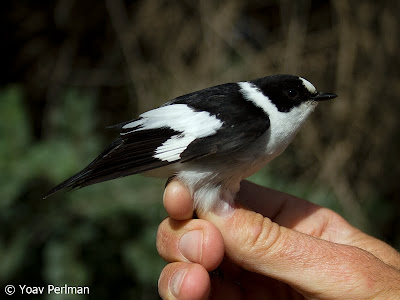