As the coordinator of the Negev & Arava atlas project, I have the privilege to chose my own boxes. So of course I gave myself the best boxes while I sent the rest of my team to survey shitholes in the desert... Today was no exception. I returned to one of my favorite places in the country, in the remote part of the Arava, Alaemon-land. In my previous visit there I had some birds but noticed hardly any breeding activity. This time things were much better. As I got out of the car I immediately heard the beautiful song of a male Hoopoe Lark, and soon found it performing its awesome display flight over the gravel plains. This is one of the most beautiful and rare sights of Israeli desert. Sorry for the crap images, I gave the birds respect and didn't get close at all. 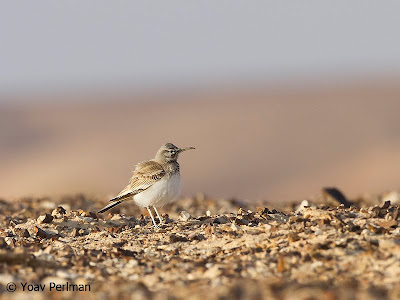 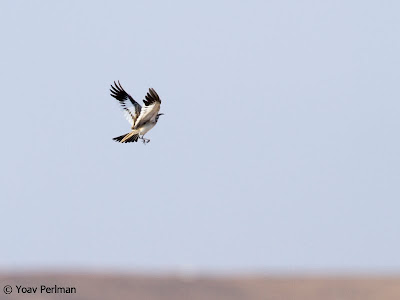 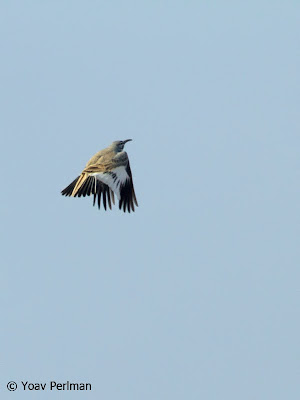 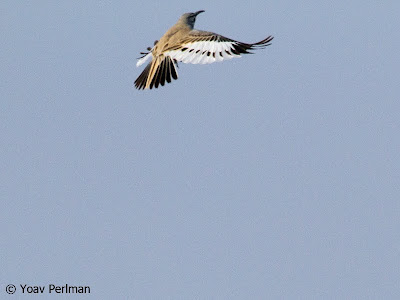 Later on I found this guy's wife, and then another pair in display. I hope they have some breeding success. Other good larks included many displaying Bar-tails and one singing male Temminck's. A few Spotted Sandgrouse were flying around:
Spotted Sandgrouse - male 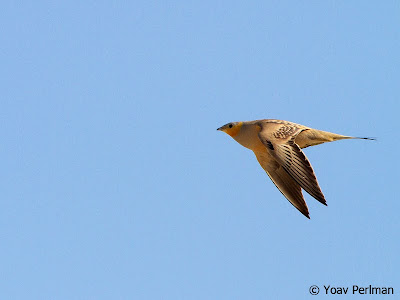 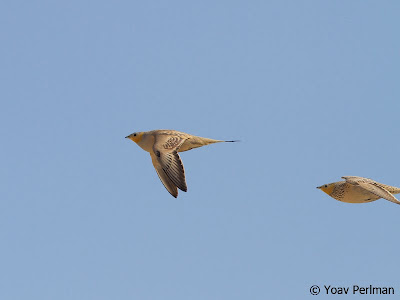 I found this smart little Desert Agama Trapelus pallidus sunbathing by my car: 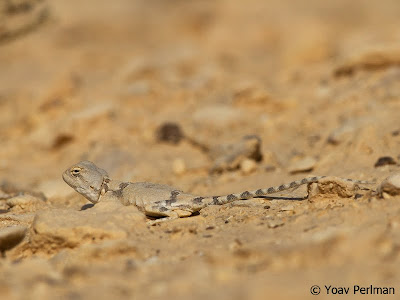