Back to my local patch today - Ashdod ponds. Had intentions to do some photography in the early morning from a hide I prepared in advance, but I arrived and found it underwater. Waders were present in large numbers but very flighty, so didn't get any decent images. Most dominant species were 200 Little Stints and 100 Ringed Plovers. There was a good selection of other stuff too. It was funny to see this Squacco Heron walking across one of the tracks in the early morning light: 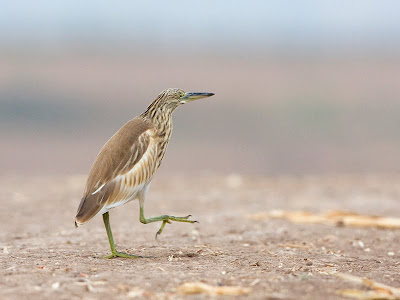 I had about five Temminck's Stints, this is a moulting adult. Other adults were in full winter plumage already. 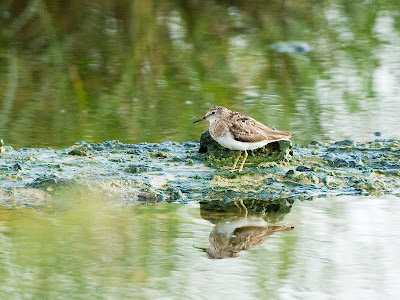 Ruffs are present in good numbers, this morning about 20. 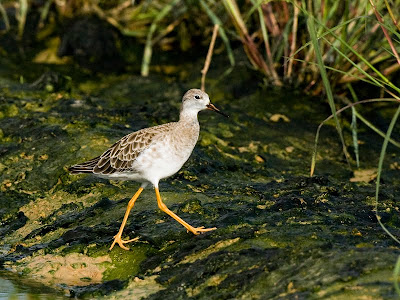 Wood Sandpipers were the commonest Tringa, with about 50. I had five Marsh Sands too. 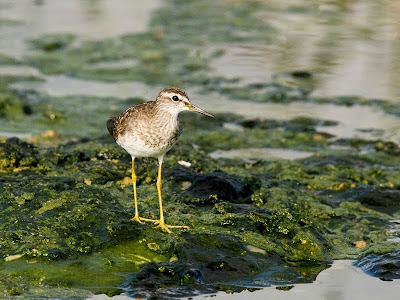 I have never taken an image of a Common Myna before, even though it has become a very dominant species in Ashdod in recent years. This is a young bird. 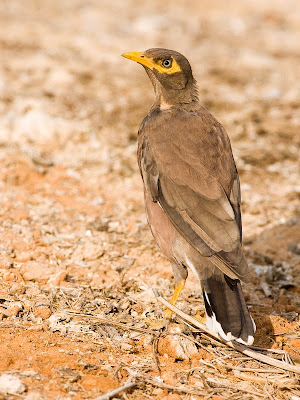