So, I have some birds of my own too...
Continued yesterday's trend of wasting my time, and had a useless day attempting to catch gulls. They were so nervous today - two kites hung around the rubbish dump the whole day and prevented the gulls from feeding and us from catching gulls.
During the day I had some Finnish clolur rings on fuscus, including this 2cy seen for the first time in Israel. 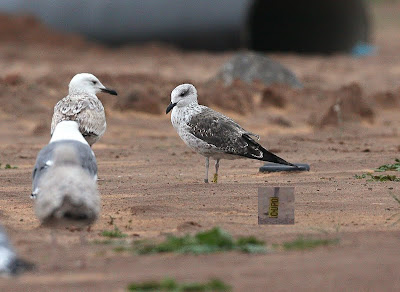 The gulls against the dark sky provided some photographic opportunities.
This is an adult cachinnans: 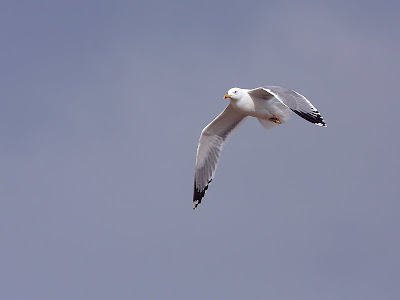 And a mixed flock spooked by a kite - fuscus, heuglini, cachinnans and armenicus: 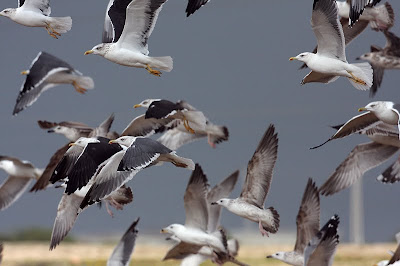