Well, I wasn't expecting THAT

It started yesterday, I headed down to Eilat for a leisurely overnighter of scuba diving. My birding expectations were very limited. En route I stopped at Hameishar for a quick look. It was very dry and pretty quiet. I did find one Asian Desert Warbler but it wouldn't play ball. This Long-legged Buzzard did. 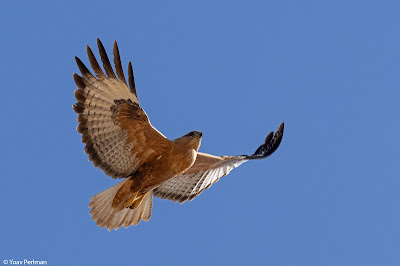 This morning I had a bit of time for pre-breakfast birding before scuba diving. I checked Wadi Zefahot in the Eilat Mts. It was quiet there, a small flock of five Lichtenstein's Sandgrouse was very nice (thanks Piki), but they were super shy. 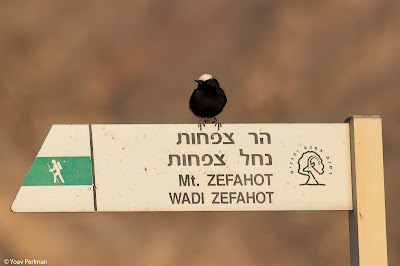 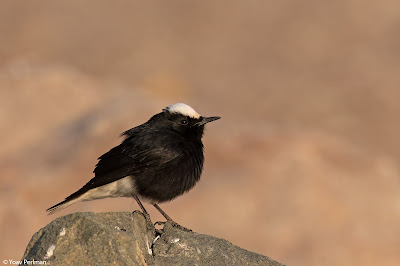 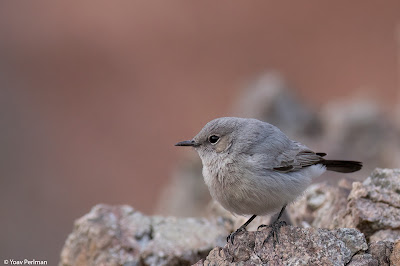 As I was heading to breakfast Noam Weiss calls me: 'Come quick! I have a Dideric Cuckoo!'. Thanks Noam! I had little time to think, I skipped breakfast and drove to the IBRCE, my heart beating very fast. I arrived while it was being ringed by Shachar - so small! Weighing 24 gr only. Then it was taken to a photo session before being released back to where it was trapped. While taking photos of it an oriental Honey-Buzzard flew over. Classic.
Thanks Amir for the photo 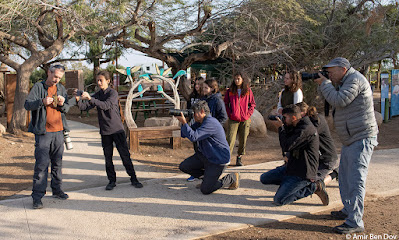 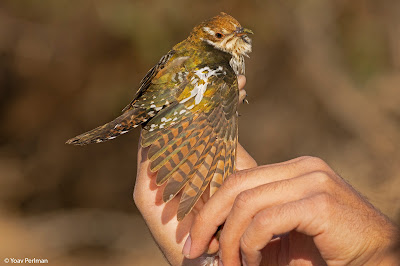 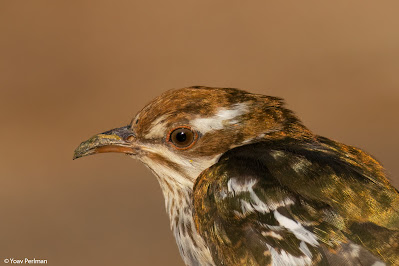 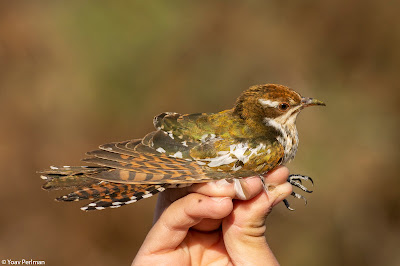 This young male represents the second record for Israel. I actually saw the first one, in March 1994, few hundred meters from the spot it was found today. Barak uploaded this photo on FB - I am not sure who is the photographer. I am on the left, aged 18 with my first scope, Kowa TS1. Barak is second from the right. It was found by Mark Lawlor who volunteered at IBRCE that time. 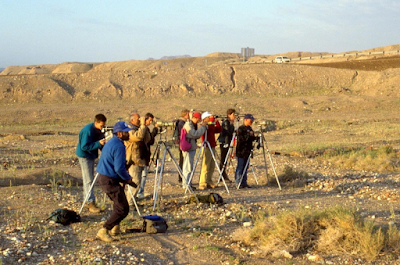 This brings my annual total of bird species seen in Israel to 364. With less than two hours left, I think now I can call it a final figure.
פורסם על ידי Yoav Perlman ב- 8:53 PM