Yesterday I combined a family visit in Jerusalem with another step up in my Big Year, involving the Black-throated Thrush that had been found the previous day by Yakov Salaviz (when I couldn't go) on Mt. Herzl in Jerusalem. Mt. Herzl was one of my childhood stomping grounds, where I learned birding. The place has changed much since the 1980's, there are fewer birds overall and the habitat is not that good as it used to. Yet, on a cold and bright winter morning like yesterday the atmosphere there was almost European, complete with multiple Dunnocks, singing Wren etc. (check the eBird checklist here), and birding was enjoyable.

A number of us assembled in the early morning, at first not finding the thrush, then it was spotted. I headed over to where the others were watching it when it shot off, towards me. I fired off a few random shots and amazingly, my camera got several in focus, rather OK I think. Boom, lovely. 401. 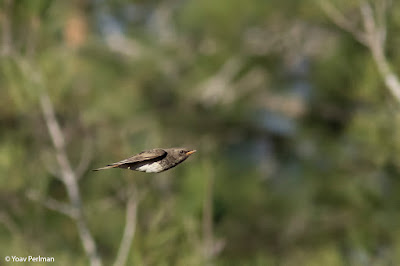 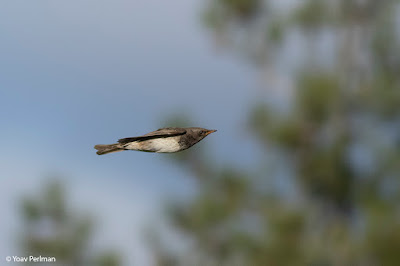 It disappeared, then spotted again and moved around. It took us a while to figure out its routine - every 20-30 minutes it returned to a small olive grove, dropped down to the ground, fed on an olive or two and flew off somewhere. 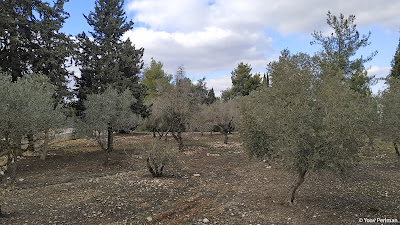 The views of it feeding on the ground were great, the photos - well, not so great. The excuses: A bit too distant, bad light conditions under the trees, and un-aesthetic background. Guess I can't complain though - my best views in Israel of this rarity (this is my 3rd in Israel - previously in Feb 2020 and Jan 2011, both gave only brief views). I watched it do its thing several times until I had to leave.
Drop to the ground 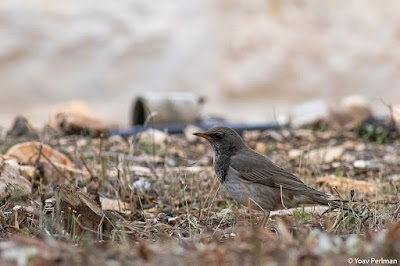 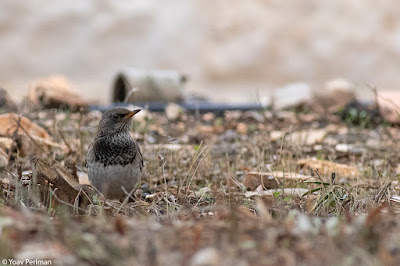 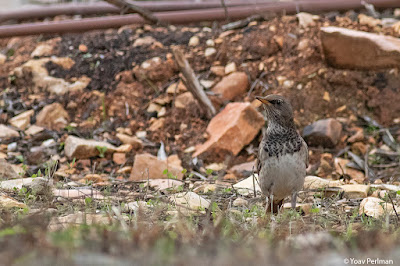 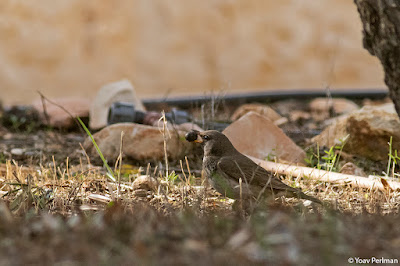 This is almost the end of my Big Year marathon. Will I add another species or two? I have an option for a bit of travelling this week, so fingers crossed. Stay tuned!
פורסם על ידי Yoav Perlman ב- 1:53 AM