My favourite type of birding is on foot. Most often you'd find me walking through habitat, with scope on one shoulder, camera on the other. I think this is an optimal way for general birding, rather than sit in a hide or drive around in a car. This choice has a few outcomes. First, I see many birds, including birds in flight, and identify many birds on call - not easy when you're in a hide or in a car. Second, my photos are often distant (birds often won't let me approach on foot) and often in flight. Especially since I sold my 500mm lens two years ago, I enjoy shooting small birds in flight. In most cases, photos are rubbish and worth nothing. Sometimes, like today, it works slightly better...

This morning I birded with Piki at Tal Shachar, few minutes from home. It was a special morning because it's Piki's birthday today (Happy Birthday!), and because for the first time since March I put on a second layer first thing. At first, birding was a bit slow, but eventually things picked up. The first bird I photographed today was perched in fact, not in flight, this male Red-backed Shrike, too gorgeous to walk past without attention: 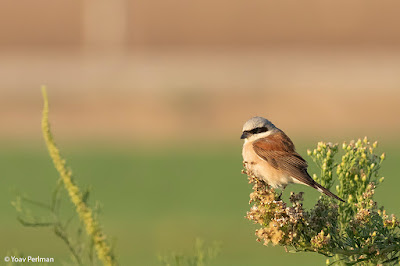 The western section of the alfalfa was half-quiet, there were some pipits and wagtails, nothing major, and Marsh, Montagu's and Pallid Harriers cruised over the field. 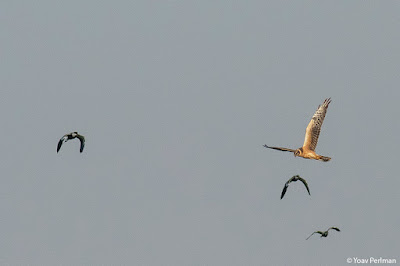 Eventually we found two Richard's Pipits that flew up, giving that bursting call. 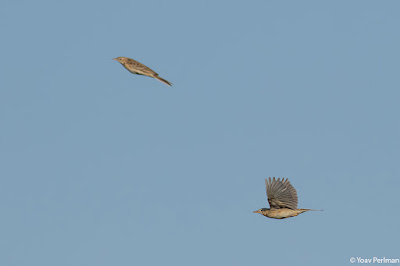 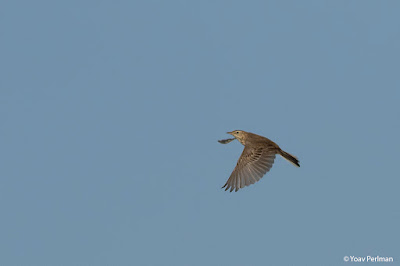 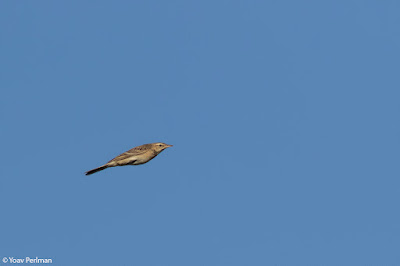 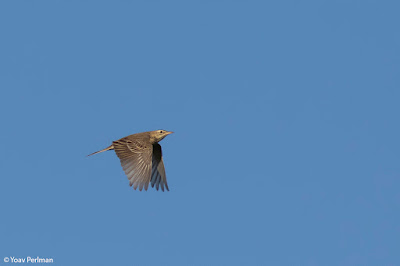 Jonathan had just arrived with a busload of punters, and one of the pipits flew directly towards the group. Not sure if anyone but Jonathan saw it. 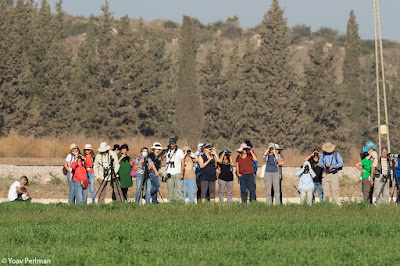 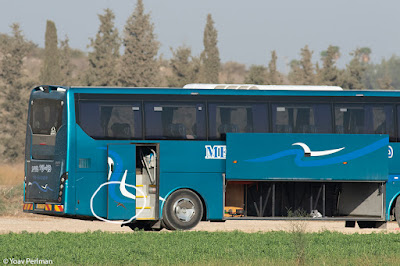 We made it to the eastern section of the field, that was really busy. Yellow Wagtail numbers went down from many hundreds a month ago to just over 100, and pipit numbers are up, many Red-throats and Tree, several Tawny.
Tawny Pipit 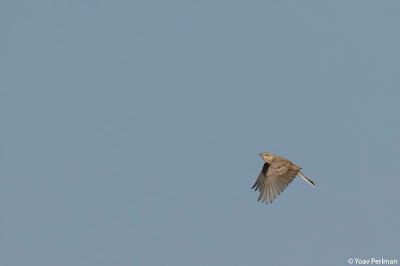 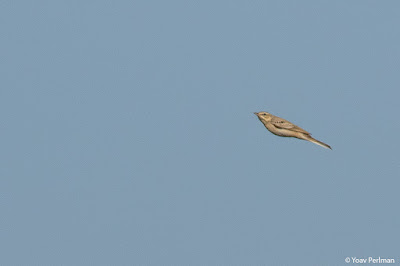 Then a small bird flew up from the field, calling that familiar thin and sharp 'Tzip'. I got my bins on it, Piki too, Little Bunting! Boom! Unfortunately it flew off and away, and we lost it in the distant wood. I was very happy to find it - Little Bunting was one of my Big Year targets for October. This is an exceptionally early record.
Happy and motivated, we continued birding in the alfalfa. It was heartwarming to see good numbers of European Rollers, mostly juveniles. They are not doing well in Israel, and are classified as Vulnerable. Also globally (especially in Europe) their status isn't positive. So 12 in a single field was good. 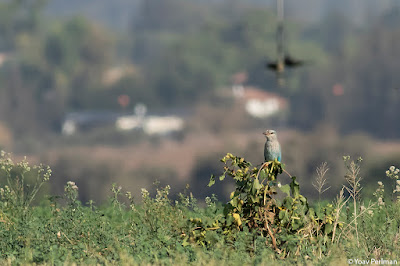 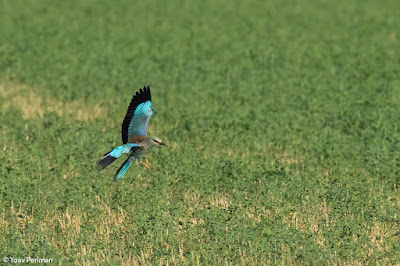 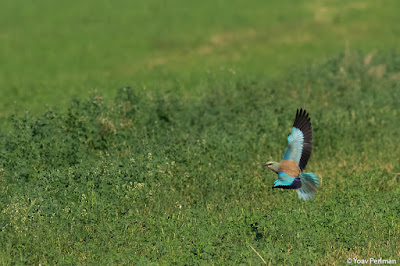 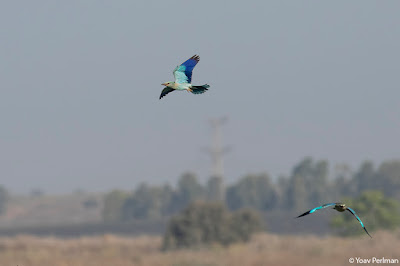 That underwing is simply stunning 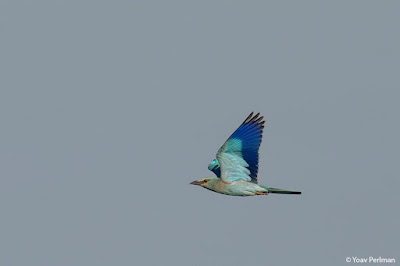 Among the many Spur-winged Lapwings there was a single newly-arrived Northern Lapwing. 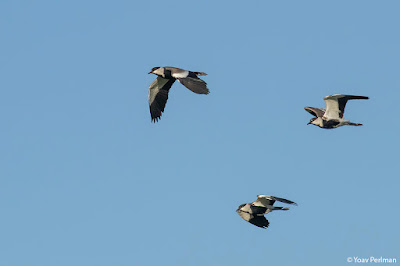 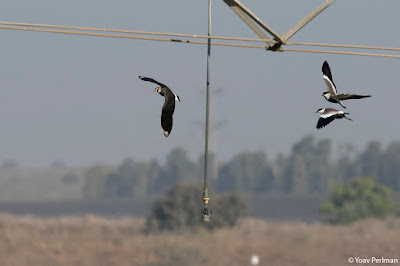 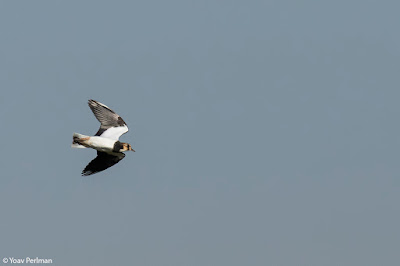 All in all it was a great morning, eBird checklist here. Thanks Piki!
פורסם על ידי Yoav Perlman ב- 1:10 PM