Yesterday morning I went with Amir up to Bul'an Valley, one of the most magical spot in Israel. This high-altitude valley, over 2000 m asl, hosts some of the best breeding birds in Israel and is one of my favourites.


Panoramic view before climbing down into the valley, on the right. Syria on the left 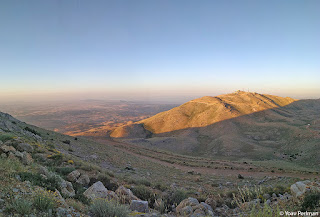 This site is off-limits to civilians because of it's security sensitivity - it's practically on the border with Syria and the military won't have civilians roam there. Lucky me, with my job I get special access to these sites, escorted by the military. We were there in preparations for a large breeding bird survey next year. I haven't visited there since May 2014. May to early June is certainly the optimal season for a visit there - we were a bit late. There were many recently-fledged chicks of all species, but they were mobile, the males were quieter and in general it felt like we missed the party by a bit. But all in all it was a fantastic early morning - well worth the 02:00 departure...

The biggest ornithological importance of the Bul'an Valley is the concentration of White-throated Robins - probably more than anywhere else on the mountain (and in Israel). We saw two families, but they were very shy and mobile, and I didn't manage even a record shot. Very different from previous late April-early May visits when the males were showing off properly.
This is their breeding habitat - scattered oak, Montpellier Maple and Pine Scented Rose bushes on open hillsides. Upcher's Warbler families were also seen here - again no photos this time. 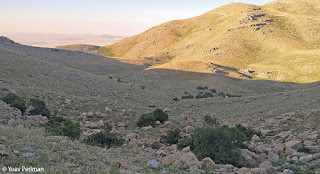 Horned Larks were seen in smaller numbers than expected - I guess they have dispersed already. This sweet baby showed nicely early on: 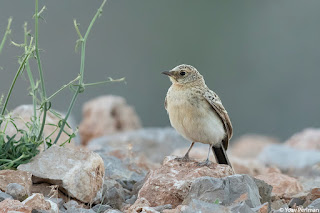 There were many families of Northern and Eastern Black-eared Wheatears - the most prominent birds in the valley. This is a baby Northern Wheatear. 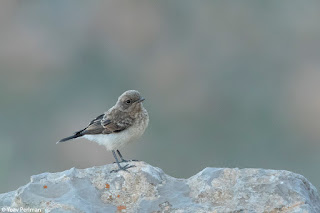 Large numbers of Linnet and Syrian Serin were moving around - many young still fed by their parents. This is the lesser known plumage of Syrian Serin - juvenile: 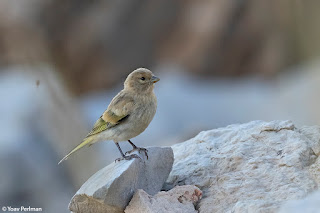 On a Montpellier Maple bush 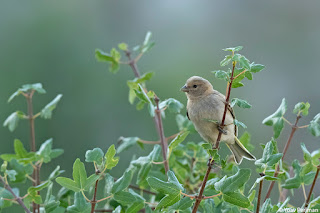 Several semirufus Black Redstart families were seen - didn't manage the parents. This is another big baby. 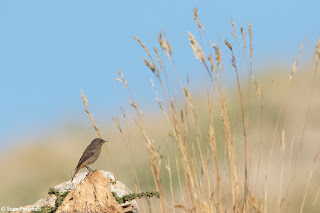 A few families of Red-backed Shrike breed in the valley too: 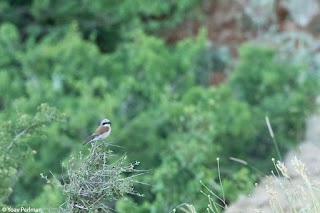 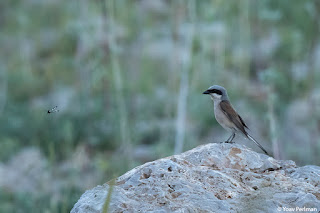 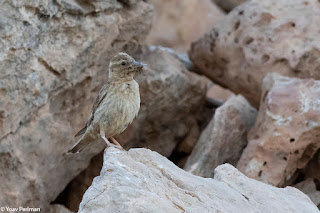 No singing males heard, but a single recently-fledged Pale Rockfinch/Hill Sparrow/Pale Rock Sparrow came in to drink in a small puddle: 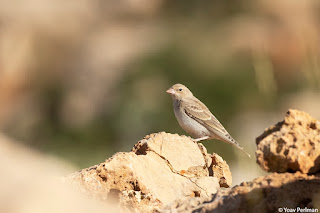 As well as more Syrian Serins (this is an adult male), and few buntings (Rock, Black-headed and Cretzschmar's). 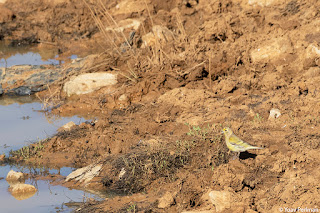 Tawny pipits were very active singing and displaying, and I saw also one female carrying food. This male is descending from a high-altitude song flight. 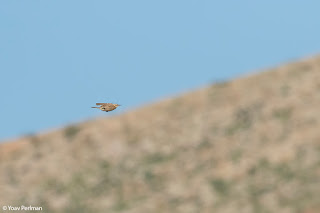 When the sun went up, lots of insects became active, and lizards too. Very common was the endemic Lacerta kuzleri - can't find it's English name: 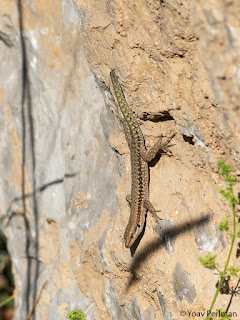 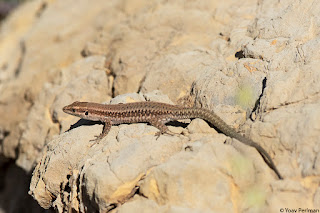 I had little time and focus for butterflies, though this site is one of the most exciting in Israel for butterfly enthusiasts. I photographed these, including luckily some endemics: 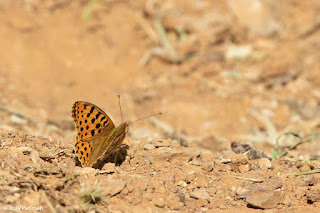 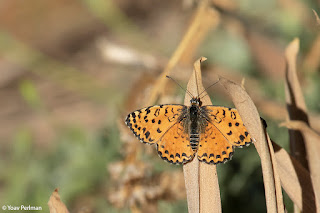 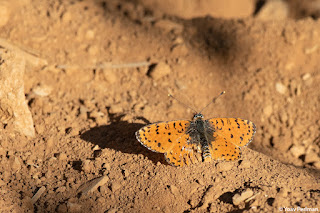 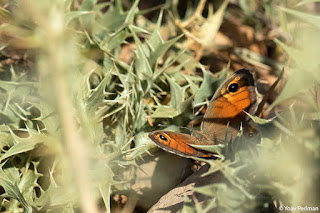 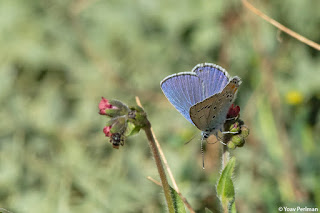 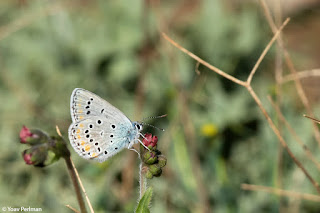 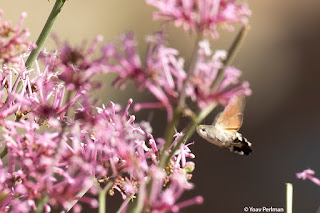 eBird checklist for Bul'an Valley here - so much quality, and no invasive species!

After we were done with the bird counts we roamed a bit along the highest peaks of the Israeli section of Mt. Hermon, exploiting our military pass - fantastic vista of the Syrian section, still some snow left: 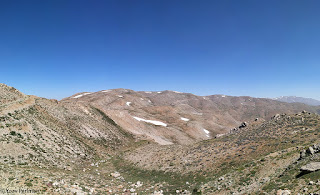 Many thanks to Amir for great company and lots of driving. Special thanks to Avner for help in butterfly and plant ID.
פורסם על ידי Yoav Perlman ב- 8:17 AM