Yesterday was extremely long. I left home very early, met up with Piki and together we sailed down towards the Dead Sea. Despite the dire state of the shrinking Dead Sea, Climate Change, Sixth Extinction, Donald Trump etc., I find the view of the sun rising over the Edom Mountains of Jordan, above the Dead Sea, always heartening. 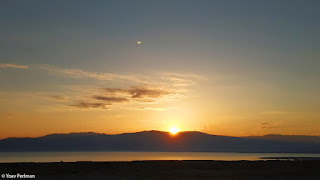 First thing we birded Wadi Mishmar. After a couple of good winter floods, vegetation in the wadi looks great. The Ochradenus bacatus bushes look very happy,  and the Sylvia warblers were feasting on them. 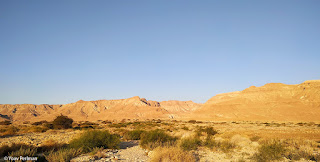 Most prominent was Sardinian Warbler, several tens, including quite a few of the nominate subspecies. Among them we had at least 9 Cyprus Warblers. At first they weren't easy to pin down, but eventually I managed to get some photos of a few. Still not the perfect photos I'm hoping for, but I guess they ain't too shabby. 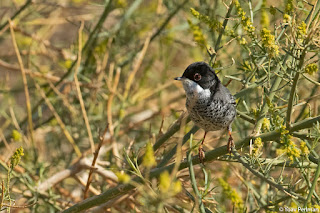 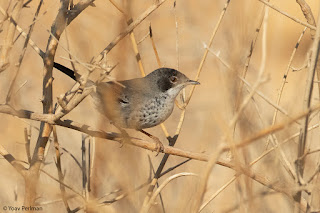 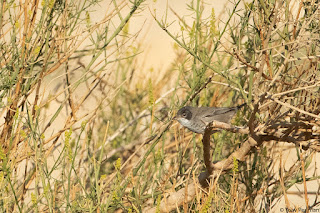 Also a couple each of Spectacled Warbler and Whitethroat. 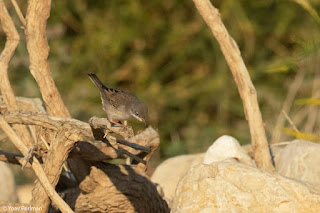 Tristram's Starlings were present in some large flocks. One flock mobbed a passing Long-legged Buzzard. Others were just feeding on the baccatus fruit and other fruiting trees in the wadi. I find them uber-charismatic, despite being very common in this part of the country, including trash-bird behaviour at some tourist sites. They are most attractive when they fly, exposing their brilliant wing pattern: 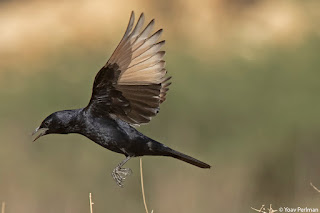 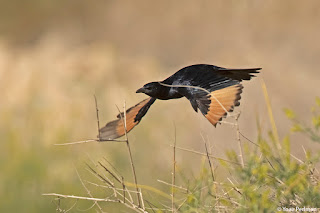 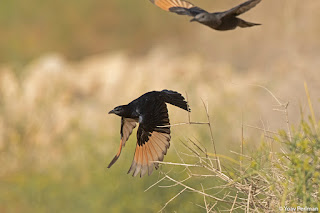 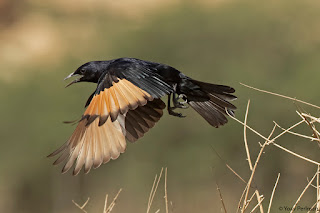 We bumped into Shlomi, another Israeli birder. While exchanging information we spotted a large raptor soaring over the high cliffs: 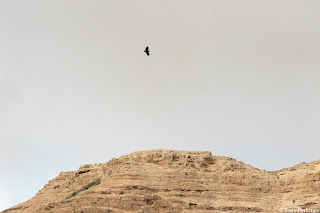 Cinereous Vulture! What a pleasant surprise (though unknowingly at that moment it had been present for a couple of days at least): 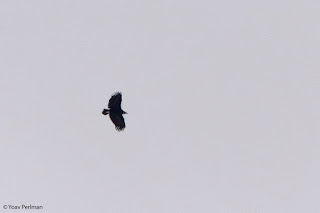 We had a couple of Striolated Bunting flying high over the cliffs, and Shlomi told us of a waterhole up the wadi that they come down to drink in. We walked up there, sat down quietly for a few minutes and indeed a single bunting, a female, graced us with its beautiful presence: 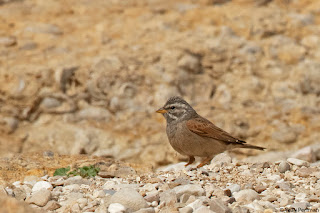 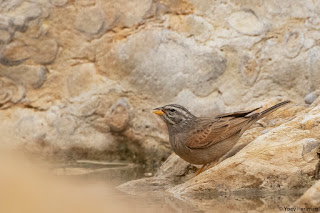 Since my return from the UK, my appreciation for our local species, especially range-restricted species like Tristram's Starling and Fan-tailed Raven, has increased. The aerobatic flight of the ravens, their unique high-pitched calls echoing off the mighty cliffs, is an epic symbol of the Judean Desert. 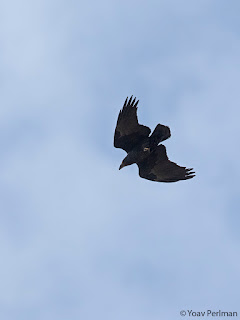 On the way out we spent a couple of minutes with an oddly-plumaged Blackstart. I'm not sure whether it's oil-stained or melanistic. In real life it felt much darker than how it looks in these images. 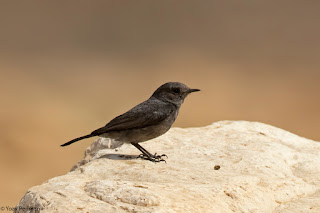 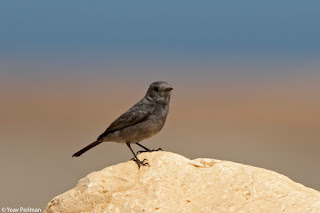 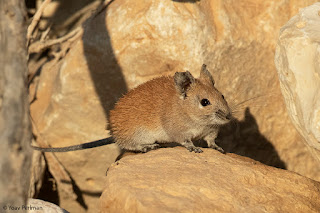 While there were saddeningly few Eurasian Griffons, it was nice to have a 3-vulture species morning, including Egyptian Vulture. There were first signs of soaring bird migration, with a northbound movement of Black Kites, first mini-flock of 8 White Storks and a single Black Stork. Soon it will be thousands. Wadi Mishmar eBird checklist here.

Our next stop was Heimar Reservoir. We met up there with two Swiss friends, Martin and Michael. Another very pleasant surprise was a stonking male Daurian Shrike that hopped on the ugly fence surrounding the reservoir - what a beautiful bird: 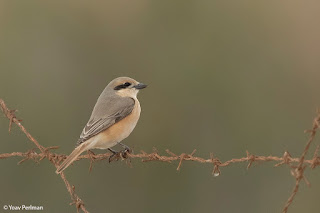 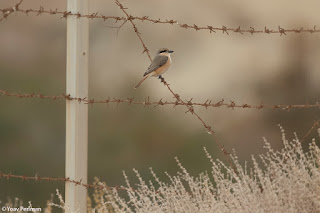 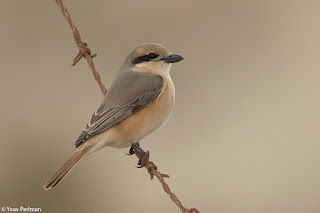 Getting the priorities right - at this location these could be 'wild-type' Rock Pigeons: 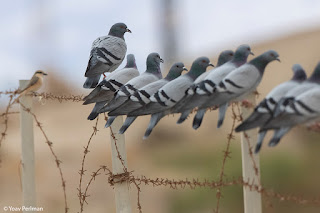 Then we moved on down the road to Navit Pools. I don't fully understand why, but this site is absolutely jam-packed with birds. Contrastingly, adjacent reservoirs are quite empty. Navit Pools had many hundreds of ducks, including 20 Fudge Ducks (they breed there), 4 African Swamphens and much more. Combine that with stunning scenery and one gets 47 minutes of fun (eBird checklist here). 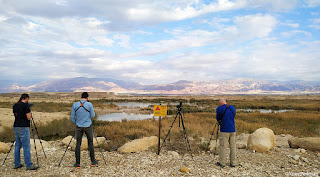 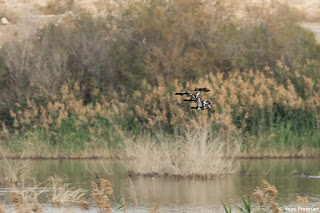 Then we continued down into the bottom of the valley at Ne'ot Hakikar. It was a beautiful, mild, moonlit evening. Nubian Nightjars were very active: we had at least 9 individuals, including a few that put on quite a show. Over the years I have had countless intimate encounters with these fascinating birds, yet every time the excitement is still on. Wow.

On the way back home we had rather casual encounters with (heard only) Desert Owl by the main road, Egyptian Nightjar and Pallid Scops Owl. Back home, 21 hours after leaving, I felt quite satisfied, and totally knackered.
Piki, Martin, Michael - thanks.
פורסם על ידי Yoav Perlman ב- 9:43 PM