This morning I had the pleasure and honour to bird with two ornithological giants - authors of e.g. the recently published Handbook of Western Palearctic Birds, Lars Svensson and Hadoram Shirihai. I know Hadoram well since my childhood, but it was the first time I birded with Lars. We met up at Ma'agan Michael with Dan my boss and had a good drive and walk around the ponds and beach. Though it's not the most aesthetically pleasing birding site in the world, birding was certainly first class. Despite the strong wind we saw lots of birds, and some fine species including 3 Pallas's Gulls, 7 Greater Sand-plovers, 4 Citrine Wagtails, and Jack Snipe. Full eBird checklist here.


Pallas's Gull - an immaculate 1cy, such a beautiful gull 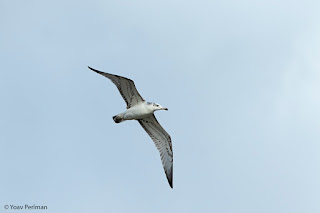 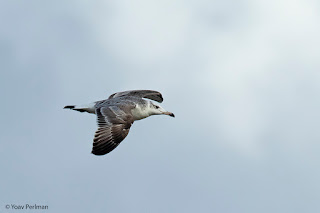 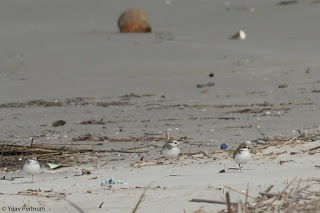 With Kentish Plover on the left 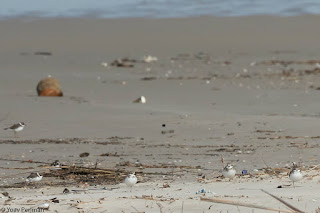 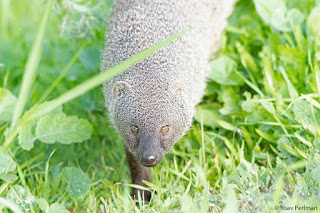 Then we went up Mt. Carmel to visit Hai Bar Carmel NP. Heading up, two Common Ravens flew by. Dan and I got excited (they're rare in Israel, especially away from the remote desert) but later on we found out that one of them was released at Hai Bar. Hai Bar Carmel is a true conservation success. Despite the crash in Eurasian Griffon numbers in Israel, this site on the outskirts of Haifa has become their stronghold in northern Israel. During our short visit there we were treated to fantastic views of griffons, including several individuals of the rare un-ringed un-tagged subspecies. 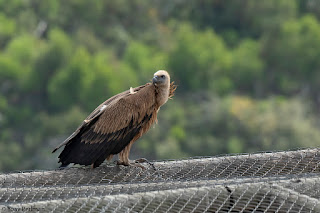 Lars came over to Israel for our annual conference next week - looking forward to spend more time with him and his wife during the next few days.
פורסם על ידי Yoav Perlman ב- 7:16 PM