Classic Sibe birding in the Negev

What an excellent morning I had with Rony and Re'a. We left at silly-O'clock to get to Nafha Vineyards at first light, a bit too early. We met up there with Eran who focused on lying on his belly to photograph the many ralids present in the small wetland. It was jam-packed with birds, but we decided to walk around and boy, that was fun! There were tons of pipits and wagtails along the creek, and the bushes had lots of Spotted Flys and Phylloscs. Very soon we had a Richard's Pipit flying over calling, pretty high up - pretty cool. 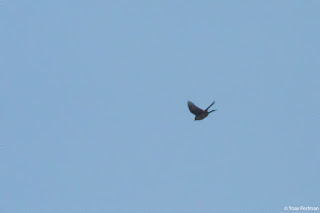 We continued working through the common migrants, some of them beautifully lit in the golden early morning sunlight. 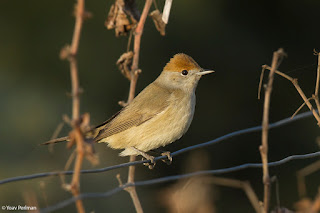 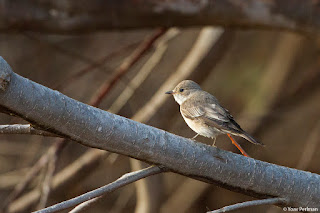 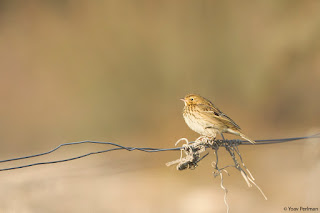 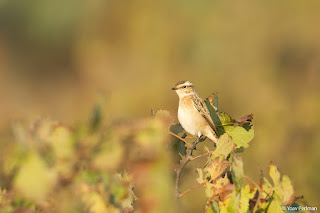 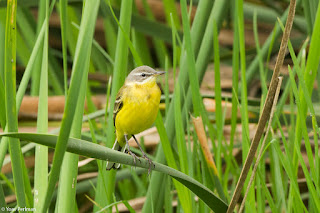 One of a few acredula-type Willow Warblers 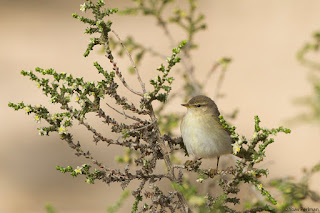 Then things picked up quite rapidly. First we spotted a finch flying around - big bill, long tail, then heard the call - Common Rosefinch! About a minute later I heard a familiar soft 'Tzik' and immediately exclaimed - 'Little Bunting!!'. Soon we saw the bird flying towards us and down the valley. It landed for a few seconds at some distance, but we obtained good enough views to confirm it wasn't a rarer bunting. Then it flew up and down the valley a few more time - it was very mobile and didn't give itself up. My camera didn't cope well with these pass-bys. 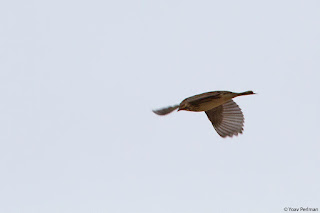 We were very happy with this find, and continued walking. Back at the wetland, activity was excellent. The grass and reeds were whopping with acros, crakes, Bluethroats and hirundines. There was this most obliging and absolutely cracking male Caspian Stonechat by the wetland, with which I spent a few enjoyable minutes: 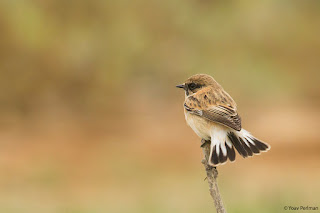 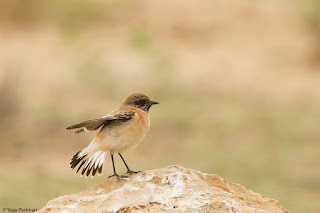 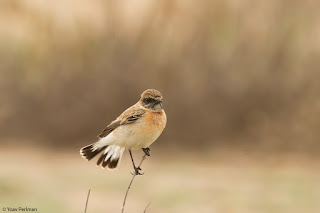 At least four Spotted Crakes, five Water Rails and one or two Little Crakes were at the wetland: 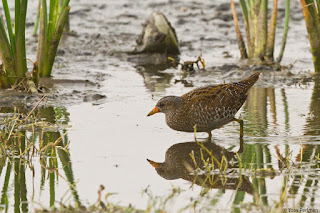 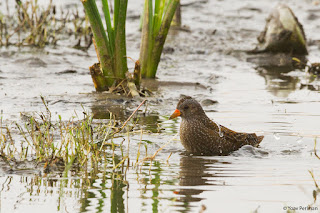 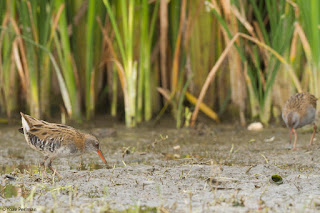 Re'a and me continued working the olive groves that were OK, while Rony and Eran remained at the wetland. We had a brief Red-breasted Flycatcher, and more common migrants and residents. 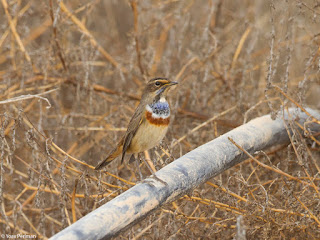 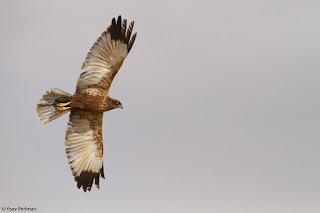 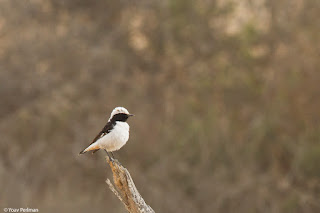 There were two large falcons working the site. One adult Barbary was straightforward to ID, but this 1cy is more challenging. In the field it felt tiny and very lightly built, unlike Peregrine. It is rather heavily streaked on the breast and flanks, possibly a bit too much for a Barbary. But the ground colour of the breast is buffish, and the upperparts feel more Barbary to me with browner tones rather than lead-grey. Not 100% sure about this one - happy to learn. 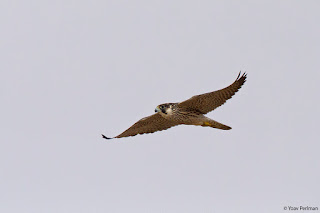 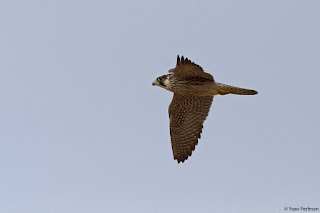 Out of focus, sorry 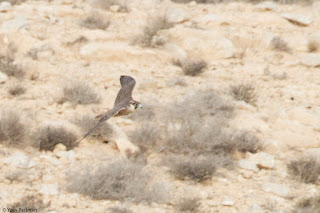 It was getting hot and Re'a and me felt that we had enough of this fantastic site - quite a good haul I think. Just as we talked about this classic October Negev morning, Rony notified us about a Yellow-browed warbler by the wetland. It was mobile and by the time we got there it was gone. We spent a bit more time there and headed on. Full checklist for Nafha is here.

Next stop was Mitzpe Ramon sewage. There were tons of hirundines, wagtails and pipits around the reservoir, including one Crag Martin, but the adjacent tamarisk grove that used to be fed by spillover is now dry and was rather quiet, perhaps also because of the heat. Only one Red-breasted Fly. Full checklist here.

On the way back home we paid a visit to the White-tailed lapwing found by Arnon Tsairi at Sde Boker sewage (thanks!) - always great to see, especially so well. Grand finale to a brilliant day. 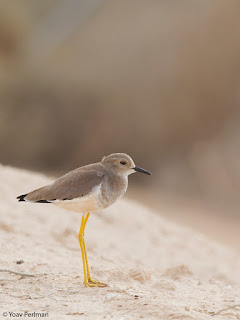 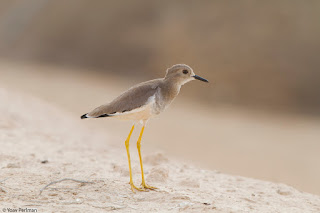