Yesterday was my birthday, and I kept my tradition of not seeing any good birds. Only birding I did was while my son was in a club I checked a nearby park where Monk Parakeets breed - first, stunning photos I take of this recent invasive colonist. If I stayed in the UK I'd have a fantastic day with Brown Shrike and Stejneger's Stonechat, but I'm here in Israel, doing Monk Parakeets. 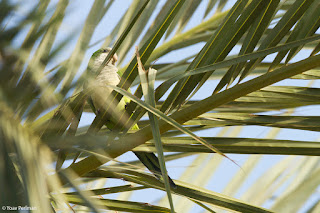 This morning I left early and birded Hatzuk beach, at the northern edge of Tel Aviv. It's a rather large patch of scrub-covered coastal sand-dunes. At the moment it's still attractive as a migrant hotspot; sadly in the future it will all get built up. In the early morning nice numbers of pipits and wagtails headed south, and few finches, including one Siskin. Huge numbers of Spanish Sparrows were moving through: 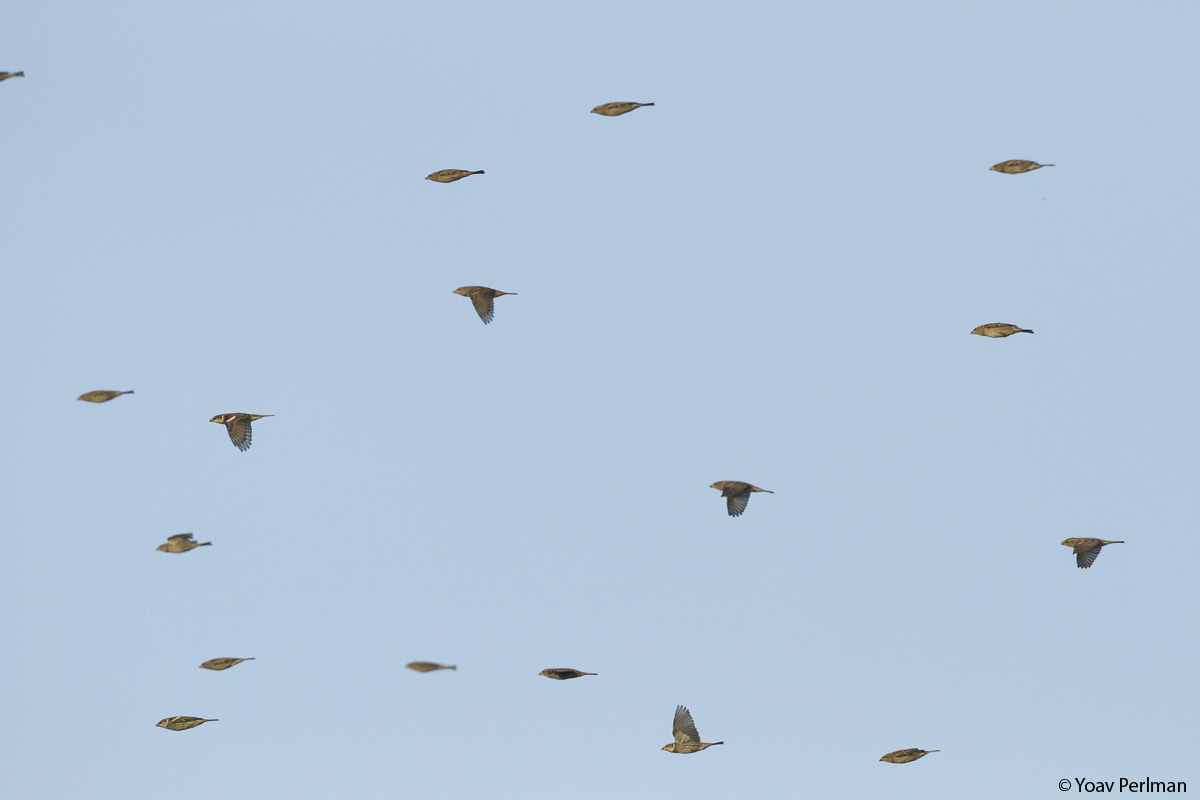 And large numbers were on the ground too, here with a Palestine Sunbird: 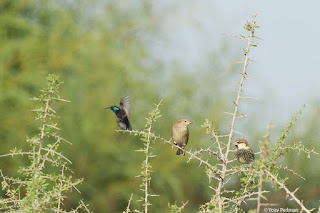 Some quality came in the form of 3 Richard's Pipits and a Citrine Wagtail moving south. A surprise Namaqua Dove headed south too, though it seems that recently they have started to colonise the greater Tel Aviv region too. 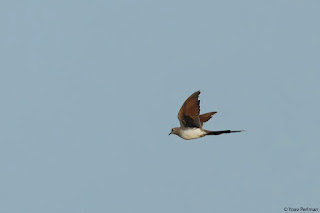 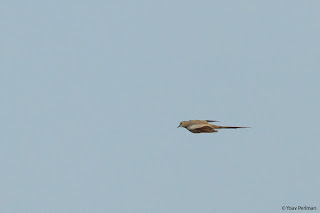 The most prominent migrants on the ground were Stonechats - I estimated 110 during my walk this morning. They were everywhere! Fighting on every thistle, chasing each other - quite lovely. 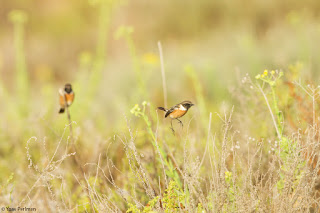 Among them there were a few Sibe Stonechats - 3 males that were Caspian, and a rather rich-toned female. Tried to turn it into a Stejneger's, without success. 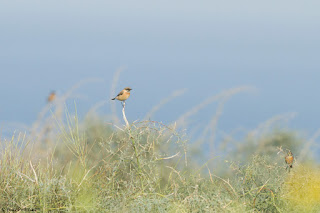 Female Siberian Stonechat of some sort 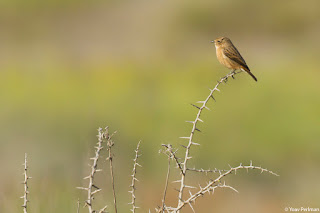 I tried hard also to turn one of the Red-backed Shrikes into a brown, no luck there either. 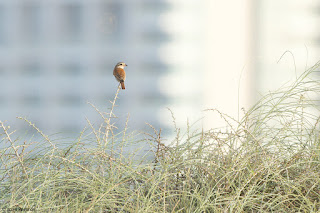 There was a steady trickle of Eurasian Sparrowhawks heading south, I counted 12. 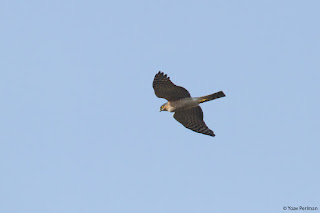 A Peregrine and a young Hobby were knocking about over the area. 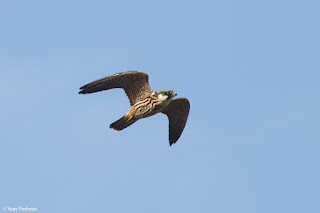 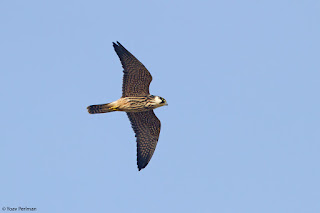 All in all it was an enjoyable morning. No rarities, and finch numbers need to increase towards November, but it was good to see so many birds in an urban setting. My full eBird checklist is here. This is my walking route, as recorded by eBird app: 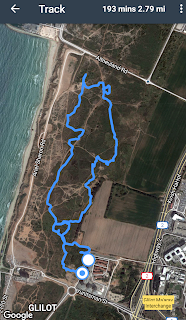 On the way back home I checked Ayalon sewage treatment plant, which was packed with Shoveler and Teal, 42 Fudge Ducks and 2 White-headed Ducks. eBird checklist here. 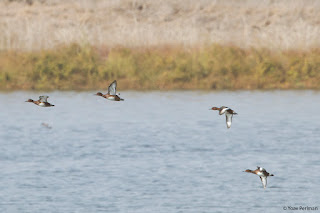 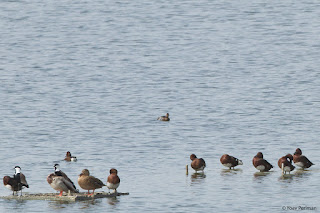