The Valley of Dreams and Wires

I am staying up north with friends for a couple of days. Early this morning I escaped for a sweet few hours of birding in the Bet She'an Valley. This is one of my favourite parts of the country, not only because I lived there between 1998 and 2001. I challenged myself to pick up as many species as I could, so I rushed from site to site and did not invest in photography at all. Admittedly, I was pretty lucky, especially with some migrant passerines that were present in ones and twos. I walked some alfalfa and scrub near Kfar Ruppin, then scrub and fields near Tirat Zvi, and ended up down at the bottom of the Jordan Valley below Kfar Ruppin at some beautiful reservoirs. As always, Bet Shean Valley is packed with birds, and diversity was very high too. Many species with big numbers. Some highlights were Little Crake, 2 Citrine wagtail, 5 species of shrike (woodchat most common). Among the most prominent were Blue-cheeked Bee-eaters, that congregate in the valley at this time of year. I counted about 70. Not easy to get wireless photos pf them - wires are their favourite perch. 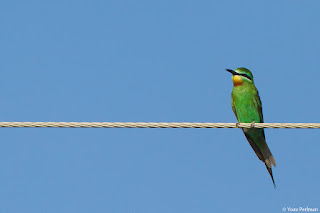 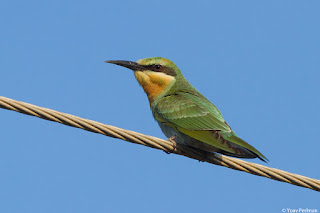 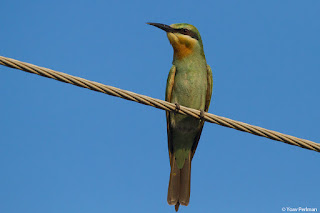 It was heartwarming to still be able to see fair numbers of Turtle Doves. I had over 100, including flocks of tens; far fewer than the tens of thousands I'd see in the same area 15-20 years ago. 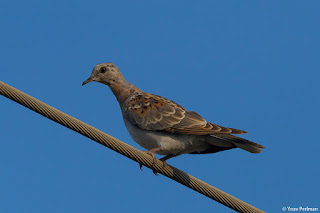 Namaqua Dove has become a regular feature of the valley, which is lovely. 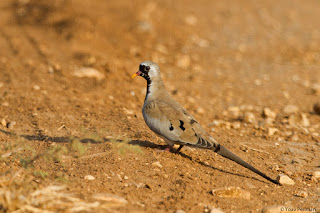 There were only small numbers of Honey Buzzards that took off - main passage should start any day now. One of them swooped down, very focused, and came down to drink in an empty fishponds: 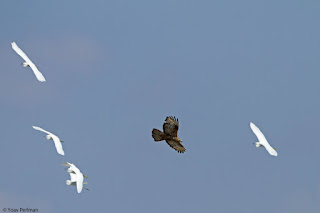 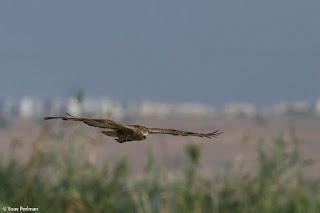 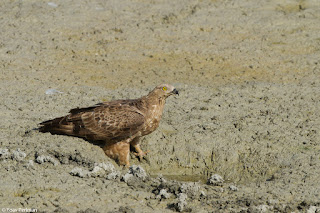 There were moderate numbers of shorebirds in the dry fishponds, with some variety but nothing too special. Nice to see over 60 Collared Pratincoles: 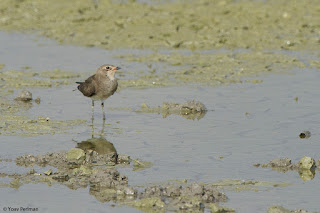 Demonstrating it's not black-winged or oriental 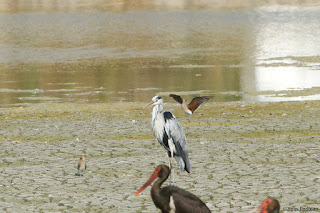 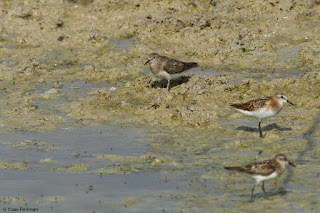 Huge numbers of Barn Swallows, many of them of the local breeding taxon transitiva 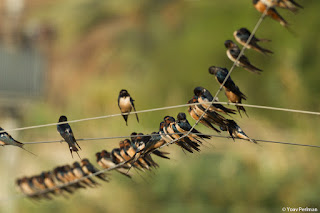 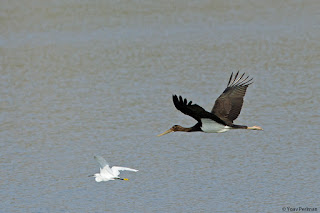 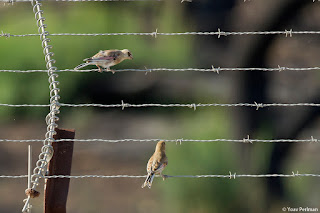 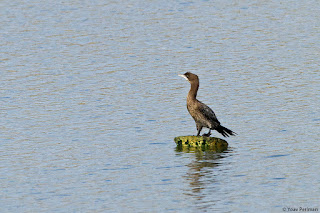 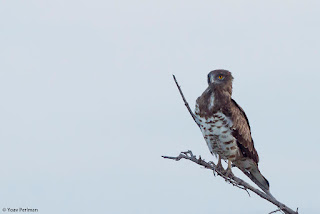 By 09:00 I was defeated by the heat and retreated to aircon coolness. All in all it was a brilliant early morning - 115 species in just over three hours ain't too shabby I think. Full eBird checklist here. Thanks to Avner for his help.
פורסם על ידי Yoav Perlman ב- 11:18 PM