Returned to the UK this morning - I had a fantastic time in South Africa. I had wifi almost nowhere, so couldn't blog on the road as I normally do. So in the next week or two I will post here some highlights of the trip.
One of the best birding experiences at  Cape Town was the visit to Boulders NP at Simon's Town just south of Cape Town. The reserve protects one of the more accessible colonies of the globally Endangered African Penguin. It is a very popular site that receives tens of thousands of visitors a year. However, it is well run and the birds don't seem disturbed at all by the visitors, as far as I could tell.
Penguins are sweet and comic birds - what's not to like about them? The way they walk clumsily on the sand demonstrates how much more comfortable they feel in the water. 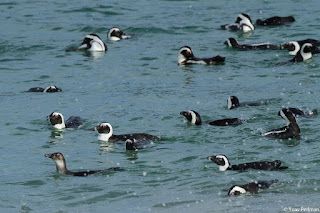 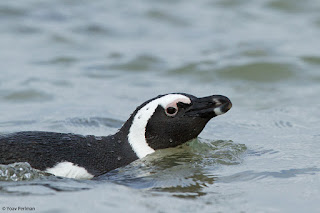 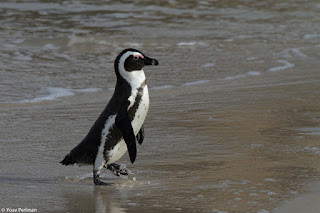 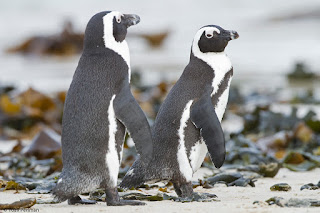 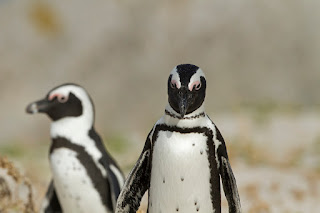 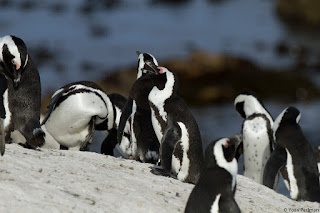 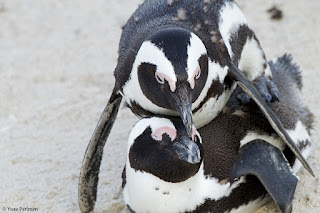 Once upon a time they were called Jackass Penguin - that's why:

There are some penguins outside the reserve too. They need to be more tolerant towards humans 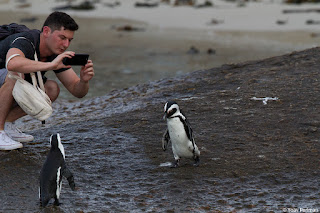 The large boulders were covered with cormorants, mainly Cape and some White-breasted scattered between them: 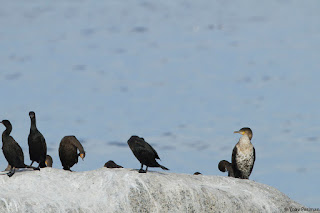 Swift (Crested) Terns breed nearby and flew up and down the coast: 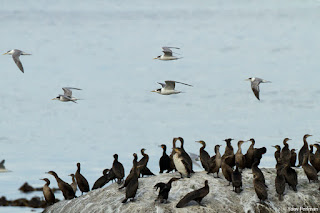 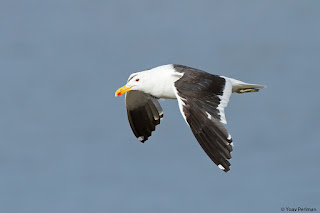 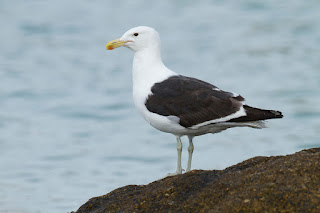 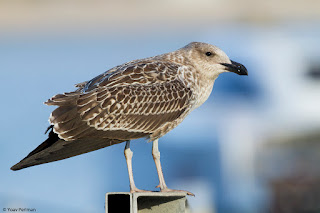 Nobody was happy with the visit of this youngster:

African Oystercatchers flew back and forth, chasing each other: 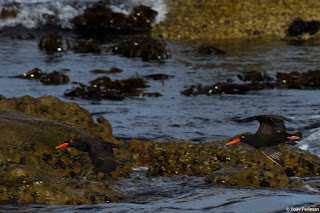 Not too many passerines in this coastal park, only common stuff. 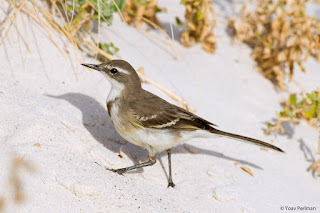 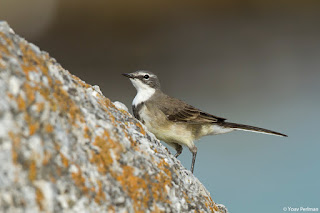 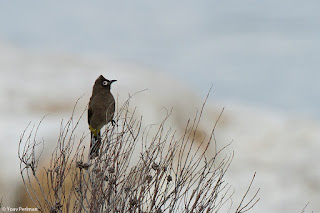