Today I paid respect to the White-billed Diver / Yellow-billed Loon in Lincolnshire. It was rude of me not to go till now - EVERYONE in the country went and saw it. Some photographers got better results than others but generally it's a showy bird. So eventually I couldn't resist temptation and managed a neat twitch before work with Dave and Keith. We were the first birders on site this morning, and were happy to find the diver almost instantly, happily swimming in the River Witham not more than 200m from Kirkstead Bridge. We had the bird to ourselves which was nice. It was diving constantly, and looked rather relaxed. What a fantastic bird! And showing fabulously - as a good rarity should. This monstrous bill is quite impressive innit? It was a lifer for me - my first for 2017. 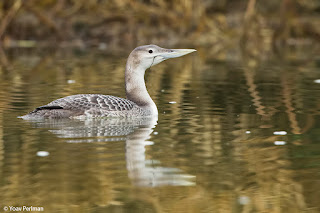 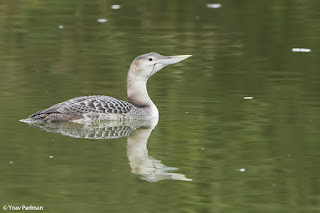 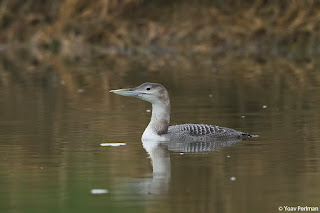 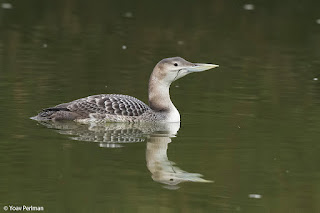 Then more birders arrived, and the bird became wary and moved up the river quite a bit. We did walk upstream to catch up with the diver for final views before departing home. But eventually our best views were right at the start. Other than the diver we did not see much. A Kingfisher, some Yellowhammers and that's all more or less.

As you may notice from all the images, some piece of string or net is dangling from either side of its huge bill. This piece of string was apparent since the bird had been found, though in some images by others it is not seen - check Rich's photos for example. Today the net, or whatever it is, was very prominent. I don't know what was the diver's fishing success in previous days. Today we did not see it catch a single fish or crustacean. I am sure that the net or string does not improve its fishing success. I hope its fate will be better than the famous 1996 bird just down the river. 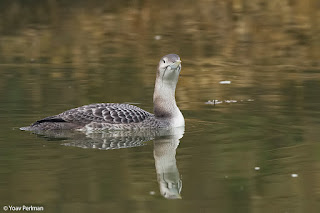 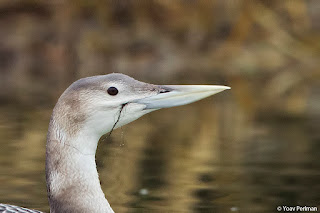 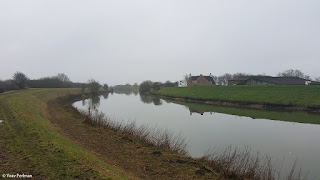 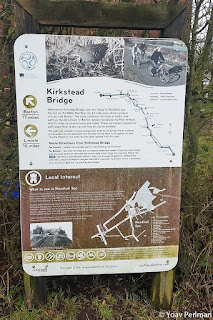 Thanks to Dave and Keith for the good company!
פורסם על ידי Yoav Perlman ב- 11:40 PM