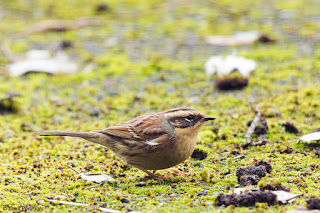 Like half of the UK, I left home early with my Norwich mates Dave, Phil and Mikee and headed towards Spurn. Thanks to road closures on the A16 we got there about an hour after dawn. During the first hour when we were still on the road there was positive news of the bird but negative news about the scene - the words 'henious' and 'carnage' were used by some people on site broadcasting back to us. But when we got there we found the scene exceptionally well run by Spurn Bird Observatory staff and volunteers. We got on the bird quickly and it showed so well, as mega rarities always should. What a stunning little bird. 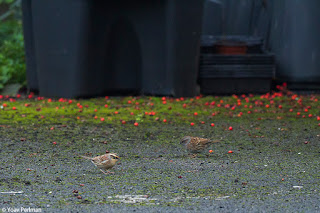 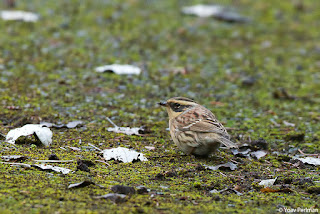 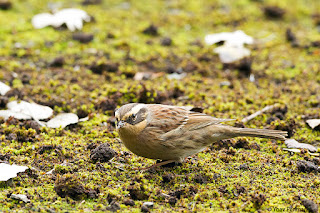 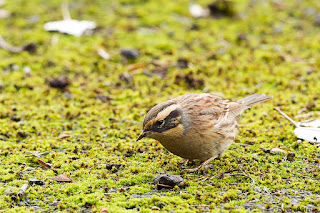 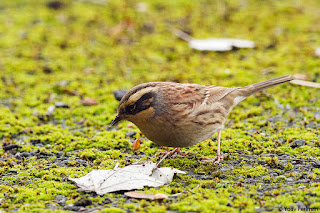 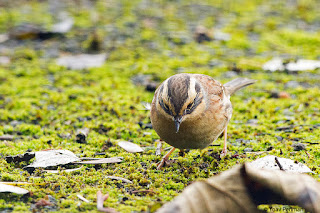 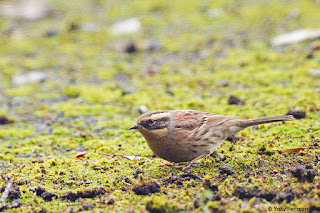 It was in fact a lifer for me - I guess for many others too.  At first the light was poor, so after we had our first satisfying views we decided to do some birding and return later if the light improves. Birding at Spurn was not easy today. An estimated 1400 birders dispersed into the limited birding sites of the peninsula. I felt rather claustrophobic with all the birders around. But it was fabulous nonetheless. The were tons of birds about - constant movement of birds in the air and on the ground. Mainly thrushes - literally thousands of Redwing (including Icelandics) and Song Thrushes, smaller numbers of Fieldfare and few Ring Ouzels. Some fields were just carpeted with thrushes. Many hundreds of Goldcrests and Robins in the bushes too. 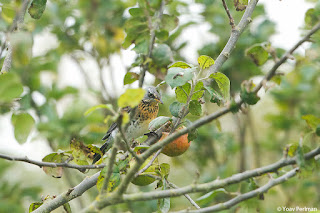 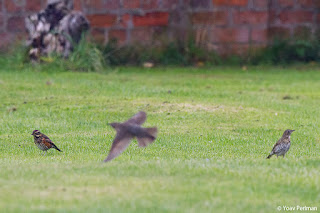 There was a good choice of other juicy rarities about - Several Dusky Warblers, Pallas's Warbler, Olive-backed Pipit, a few Little Buntings. But I tried to stay away from the CROWDS and avoided seeing those rarities. I didn't see much myself but enjoyed birding very much. We did have what might have been a new Little Bunting, and heard one Yellow-browed Warbler, added Sibe Chiffchaff, Firecrest and Shore Lark, not bad.
Before heading back home rather early we went for seconds of the accentor - much fewer people and I could invest just a little more in photography. Light was still shit and the bird wasn't really posing. It showed down to 5 m but was constantly feeding on the ground and never posed nicely like the Shetland bird. But I really can't complain. A great bird, and this October is a special month to be remembered.
Good to meet lots of friends on site - in fact the entire Birdfair was there. And I wanted to thank again the stellar team of Spurn Bird Observatory for their excellent job making sure that the bird is not disturbed (it didn't bother about humans at all) and that all visitors left satisfied. 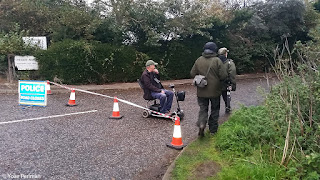 The bird was in this garden in the back 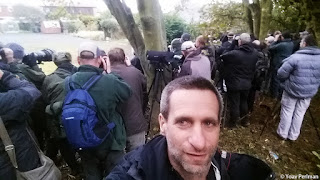