Yesterday was my birthday but I couldn't go birding. So today I cashed in on my birthday credit,  and went out with James (AKA The Driver), Dave, Phil and Will to Burnham Overy Dunes. Weather was looking good and we hoped to find Norfolk's first Sibe Accentor. But when we got there we started complaining how few birds there actually are. We had some crests in the Suedea, Robins, thrushes but really rather slow. We walked west towards Gun Hill, hoping to find yesterday's Pallas's Warbler, spread out and covered as much ground as possible. And of course as me and James walked across the crest of the dune, Dave calls, and quite nonchalantly tells us 'I have just found an Issy Wheatear'. This guy is amazing, quite a rarity magnet. We caught up with Dave and the bird very quickly, but it was really unsettled and didn't stop moving for the first half an hour or so - it must have just flown in. We got some good initial views that confirmed Dave's ID, but photography was difficult. I was really lucky to get these flight shots from a huge distance - surprising my old camera focused on the bird: 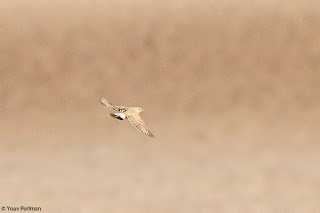 This is the original: 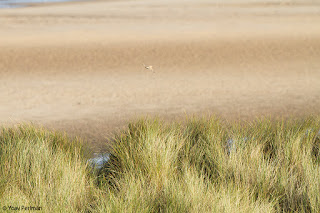 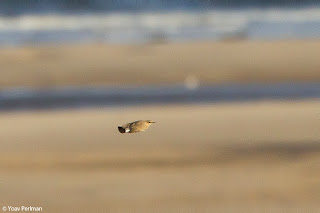 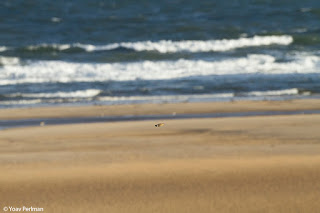 But as the first birders arrived, the bird settled down more or less, associating with two Northern Wheatears and performed rather well. We were gentle with it, hence the poor record shots. I think later on some photographers managed to get closer to it. 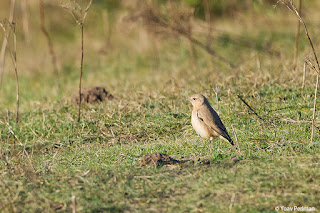 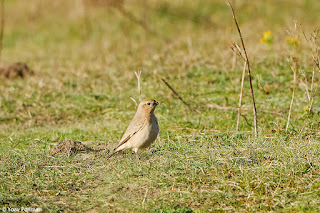 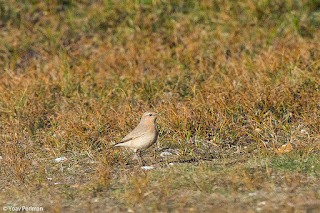 White underwing coverts, for what it's worth 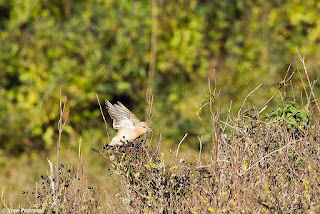 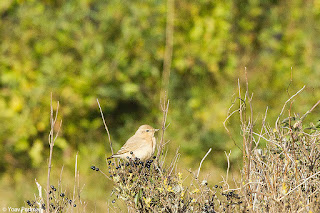 This is Dave the finder - well done Dave! He asked to remain in the shadows 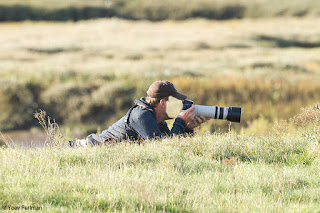 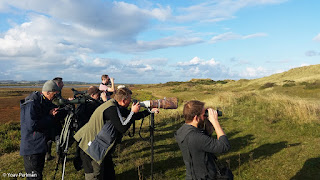 Not for the first time in the UK, I was in the scene of a big UK rarity that is a common bird in Israel. It is the first twitchable for Norfolk, so I really 'got in' and shared the excitement:


Me and The Driver 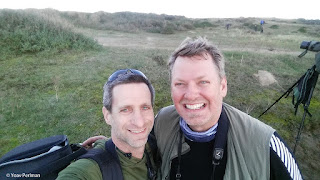 There was also a Pallas's Warbler and a Barred Warbler in the same are, but it was getting busy and we wanted to leave so didn't see them. We knew that with the growing crowd at the wheatear site, we will have all the other North Norfolk sites to ourselves. So we headed east towards Holkham Pines through the dunes, but first an obligatory visit to the rotting 12 m Fin Whale that had washed up on the beach a couple of days ago - we smelled it from a mile away. What a fascinating beast though! So sad to see it dead and dissected. 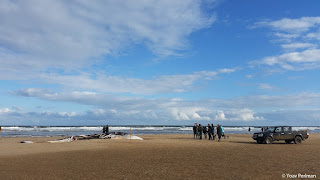 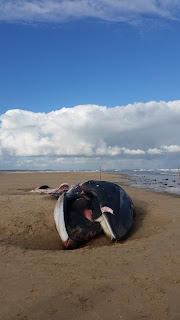 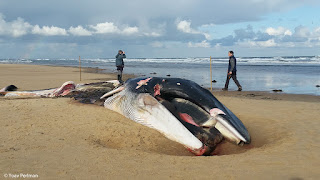 The eastern side of BO dunes was actually pretty good. More thrushes, an obliging male Mealy Redpoll, three Waxwings that flew over calling, a beautiful Shore Lark that refused to play ball, Jack Snipe and The Driver's bird of the day - GREAT WHITE EGRET ;-)
In the pines not much, heard a Yellow-browed Warbler. 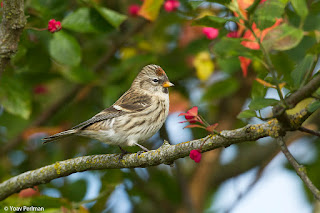 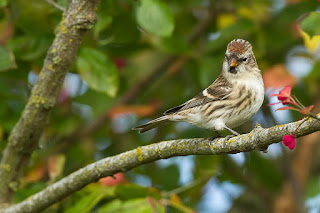 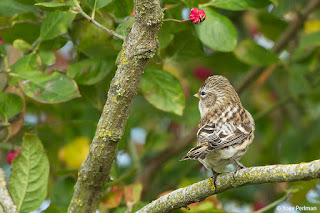 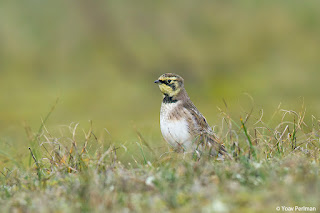