What a great day!

Not a very inspirational title but it really was simply a great day. Spent it with a group of journalists who are here to cover the Champions of the Flyway. They all write for birding magazines and websites so they are keen birders themselves. It was great to be out with them. In the morning also the Hellenic Ornithological Society team joined us which was fun.
We started off at Uvda Valley. Pretty quiet to start with but eventually we had quite many birds. Habitat looks good after yesterday's rain - lots of water. We had a nice variety of open-country migrants - pipits, wheatears, larks, wagtails etc. Highlights were two Spectacled Warbler families, three stunning male Pallid Harriers, and a possible singing Bar-tailed Lark. This Desert Agama (Trapelus pallidus) was lovely: 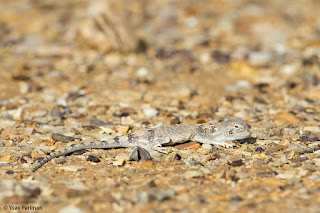 Neot Smadar sewage was packed with migrants, mainly Yellow Wags but also a Citrine, Garganey and a few other bits and bobs.
After lunch I checked this Semi-collared Flycatcher found by Jonathan in the city center - nice male, great bird sadly on an ugly perch: 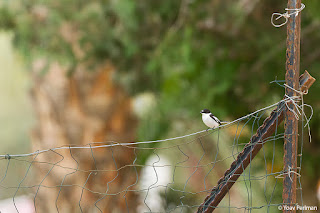 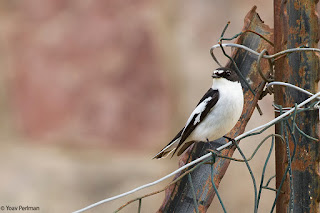 Then in the afternoon we checked Holland Park. Lots of warblers and the regular desert species showed well. Also Wryneck, Nightingale, a nice flock of Bee-eaters and overhead big raptor passage. This corking male Sinai Agama (Agama sinaita) was my personal highlight: 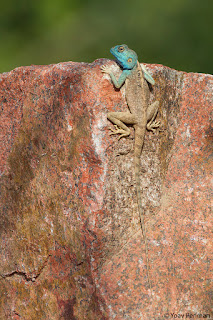 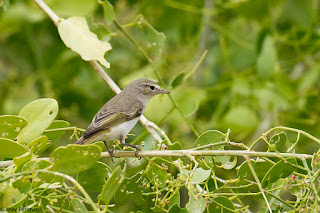 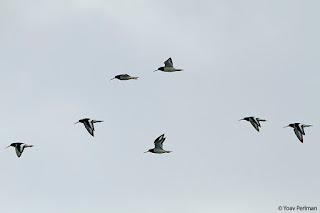 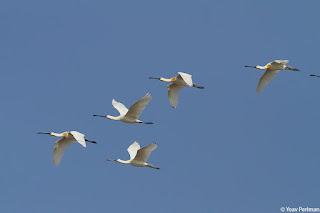 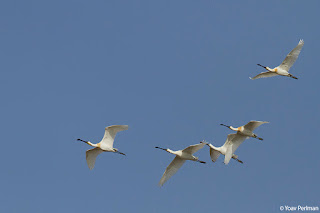 In the evening at IBRCE we had the opening ceremony of COTF. It was a brilliant evening. looking forward very much to the race on Tuesday. Special thanks to Noam, Tzadok and the IBRCE team for hosting the event.
פורסם על ידי Yoav Perlman ב- 10:14 PM