After a too long period without birding, went out this morning for a few hours before work with Quentin. We checked Cantley and Buckenham - in fact my first time ever there. The day started grey and grim but then the sun came out and it was quite brilliant. At Cantley there were quite many geese, and of note were 15 European White-fronts and 4 Taiga Beans. 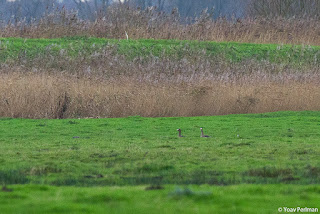 There was a huge Lapwing flock there, I estimated about 1500 - good to see such a large flock of this declining species. About 25 Ruff among them. Also the mandatory Peregerine and several Marsh Harriers.
Then we continued to Buckenham. The flock of 21 Taiga Beans was showing very distantly by the railway - not even a chance for a record shot. There was this group of about 20 barnacles - I assume they are feral? Among them is the famous Ross's X Barnacle hybrid - odd looking bird: 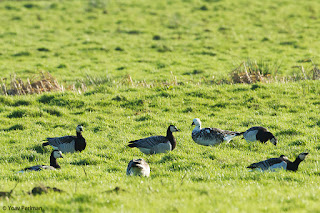 Some large Wigeon flocks were about, here they are showing the typical grey axillaries, a good feature to separate them from American Wigeon ;-) 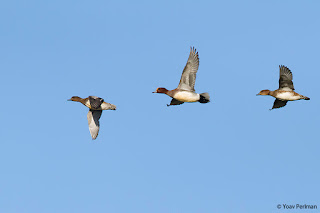 Among the four-legged animals we had a Weasel and two Chinese Water Deer (thnx JHM).
Thanks to Quentin for the fine morning. 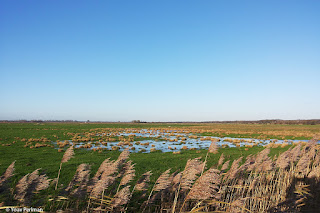